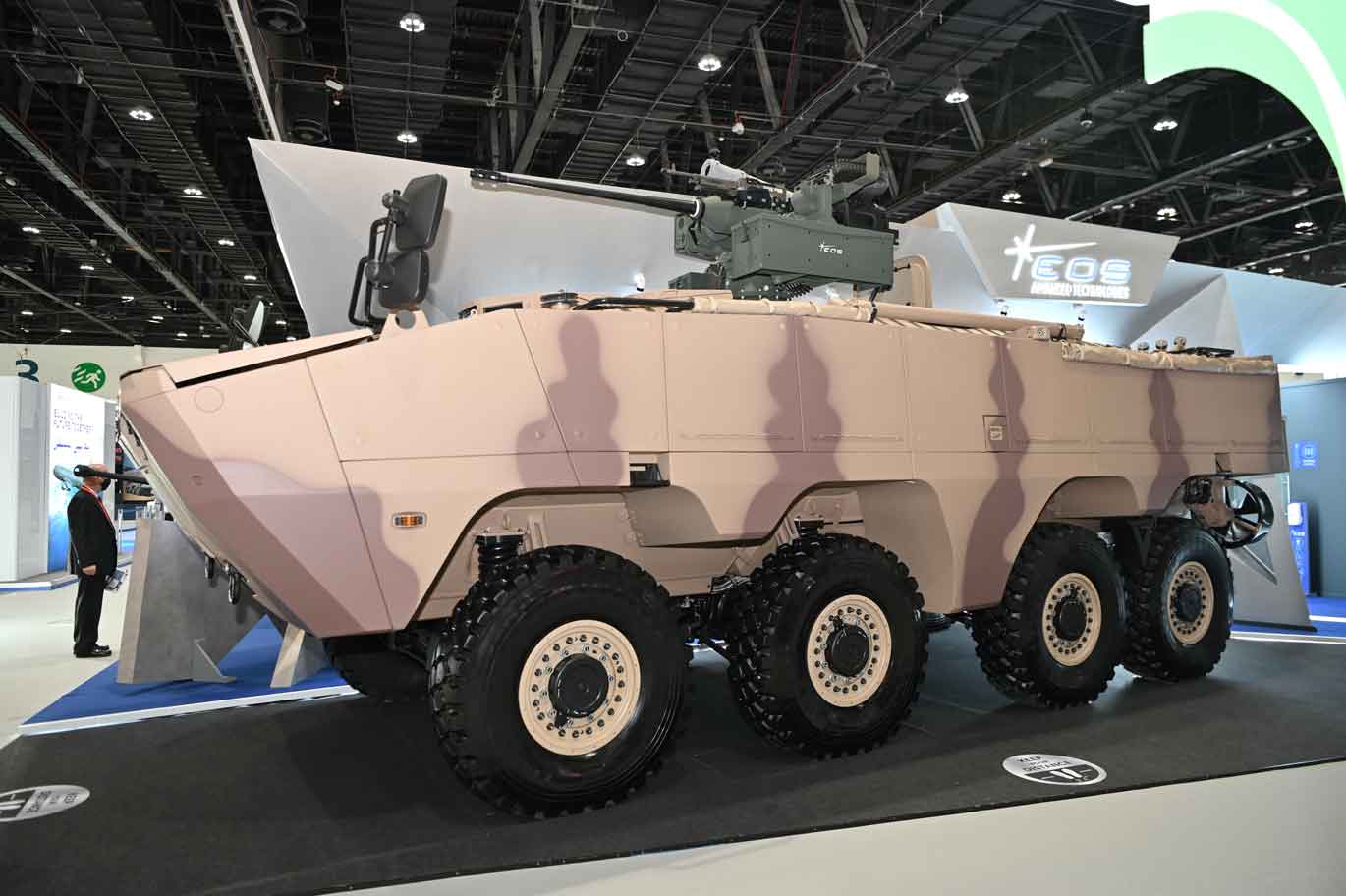 The Rabdan 8x8 Infantry Fighting Vehicle from AL JASOOR is the first vehicle in its class to be fitted with the R800 remote weapon system from EOS Defence Systems.

As the industry registers a global uptick for weapon stations that optimise full-size, medium-calibre turret capabilities without the limitations that large, cumbersome, and invasive structures may impose, EOS’ R800 remote weapon system meets the growing demand for sophisticated armaments, while setting new benchmarks for firepower. It is also significantly lighter than others in its category.

Employing the same interface as other EOS remote weapon systems, the R800 boasts the added capacity to mount the Mk44S 30x173 mm cannon with dual ammunition feeds as well as a coaxially mounted machine gun and an anti-tank or air defence artillery missile package. The addition of the Mk44S allows the system to leverage the range and effectiveness of existing 30x173 mm ammunition.

As the name implies, the R800 weighs 800 kg with a traverse of 360° and an elevation from +55° to -30°. The remote weapon system is optimised for tracked and wheeled vehicles, such as the Rabdan 8x8, and features a direct-drive sensor unit that minimises high-frequency road and vehicle vibration from degrading the operator video image. In addition, the system features various sensors, including a day camera, a thermal camera, and an eye safe laser rangefinder.

Built to endure extreme environmental conditions and terrain, with capabilities that allow soldiers to operate and observe from a protected position using stabilised precision day and night optics and laser, the R800 can detect and engage targets from distances of up to 3 km with increased accuracy and reduced collateral damage.

AbdulRahman AlBlooshi, CEO of EOS Advanced Technologies in the UAE said the R800 upgrades the armament capacity of vehicles without compromising payload or requiring the extensive modifications of a full turret system.

AL JASOOR is part of the Platforms & Systems cluster within EDGE, an advanced technology group for defence that ranks among the top 25 military suppliers in the world.