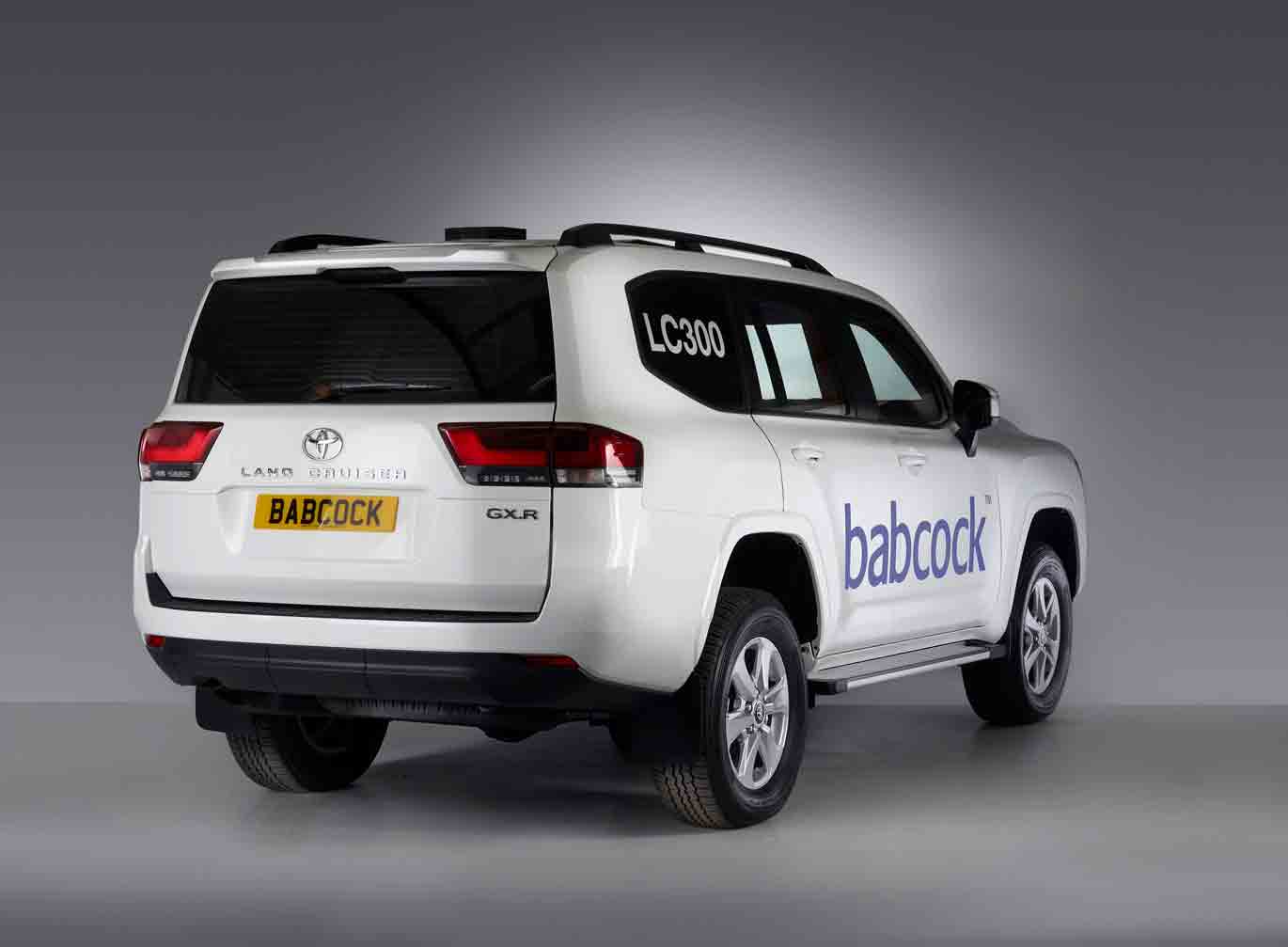 Babcock says it is the first European armourer to market a tested and certified solution for the Toyota Land Cruiser 300, which has successfully passed ballistic and blast trials. Units of the vehicle will be available for delivery in the second quarter of this year, Babcock said.

The new Land Cruiser 300 Series is a complete redesign of the outgoing 200 Series, which launched in 2007. Toyota’s development objectives are outlined  below:

Employing its more than 20 years of experience in armouring Toyota Sports Utility Vehicles, Babcock said it used its rapid-prototyping abilities to build upon the Toyota vehicle to produce a robust, safe and affordable armoured Land Cruiser 300 with class-leading payload and low un-laden mass.

The entirety of the design, development, testing, and manufacturing has been carried out within the UK.

The protection package is completely integrated with Toyota’s base vehicle, offering an entirely armoured passenger compartment without internal bulkhead or secondary load space door, to maximise the internal dimensions and user experience.