Boxer variants, including Demonstrator Overwatch with MBDA Brimstone, at DVD 2022. 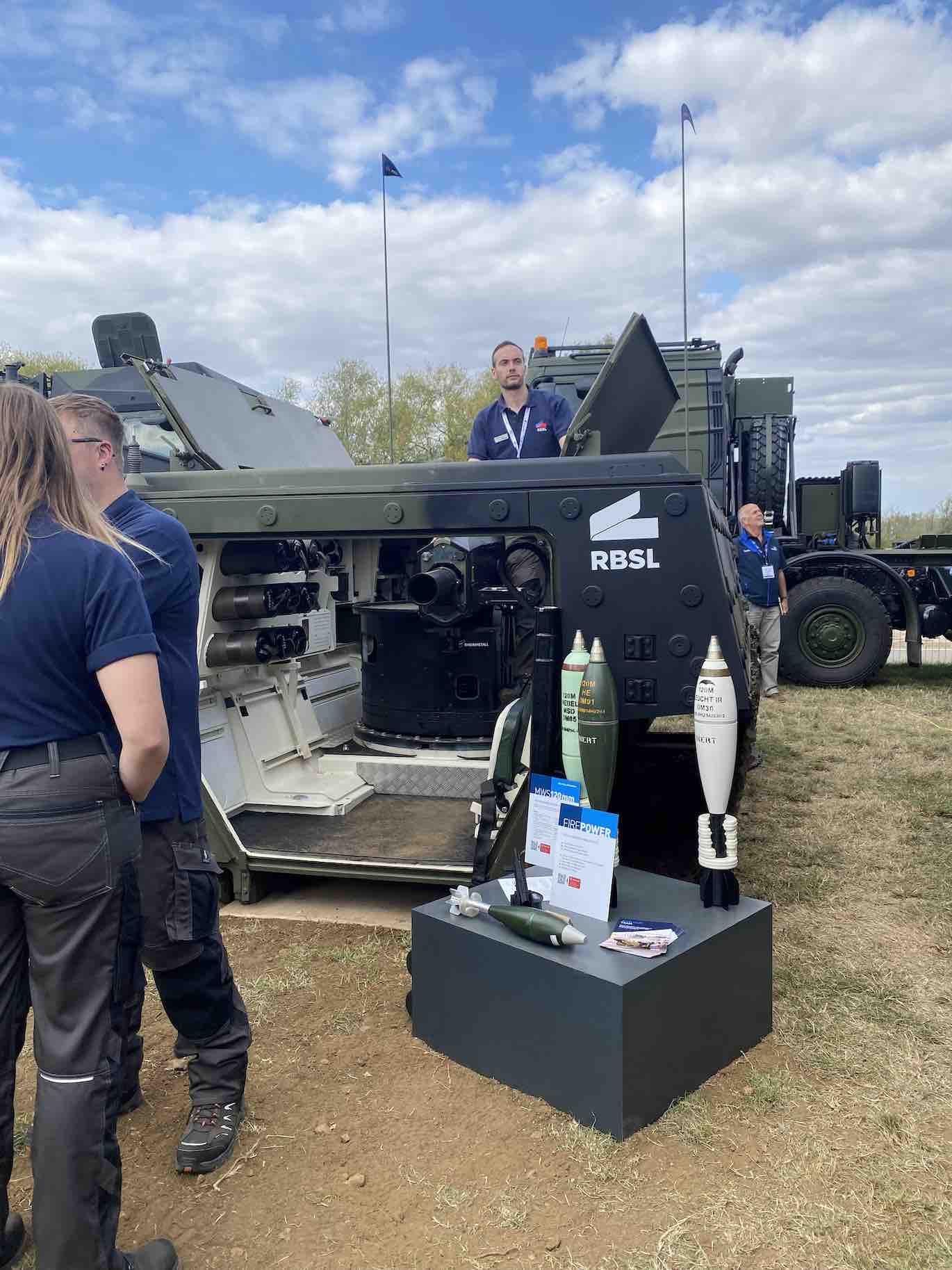 Boxer Mortar Carrier variant on display at DVD 2022 at Millbrook

With a dark cloud still hanging over the future of the UK Ministry of Defence’s £5.5 billion AJAX vehicle programme, following the reporting of significant noise and vibration problems, which have yet to be resolved, the return of Army HQ's Defence Vehicle Dynamics (DVD 2022), the bi-ennial defence industry exhibition at UTAC Millbrook on Wednesday, provided an opportunity for other British Army vehicle programmes, namely Boxer, to shine.

Speaking at DVD 2022 on Thursday, Programme Director for the Mechanised Infantry Vehicle (MIV) programme, Colonel Ian Fake, said Boxer ticked a lot of boxes for the Army in terms of greater lethality, agility, and expeditionary capabilities. Despite the highly publicised challenges with AJAX, which has been significantly delayed, with only 26 out of 600 vehicles having been delivered by the prime contractor General Dynamics Land Systems UK, none of which are fit for use, Col. Fake said Boker was not an alternative to AJAX, or any other capabilities.

But while Boxer may look like a simple box on an 8x8, and is already in use by a number of NATO and non-NATO countries, compared with the Army's Challenger 3 programme, Col. Fake said Boxer presented some challenges for the Army. While the new Challenger 3 tank will use the same training as for its predecessor, Challenger 2, Col. Fake said there is no training infrastructure for Boxer. "Everything needs to start from the ground up."

The combination of the pandemic and the Russian invasion of Ukraine has also impacted global supply chains, which means components which used to take 10 days, now take 55 weeks, said Col. Fake. Components have also increased substantially in cost, which is likely to impact Boxer's schedule, although Col. Fake still expects first MIV prototypes by February next year, with slightly slower production in the early years of the progrramme. Full Operating Capability for the Boxer programme is expected in 2030.

The Overwatch demonstrator is equipped with a launcher for eight MBDA Brimstone anti-tank guided missiles, a mortar carrier with a 120 mm weapon system and a ground-based air defence variant.

In November 2019, the UK Ministry of Defence (MOD) awarded the Mechanized Infantry Vehicle (MIV) contract via OCCAR to Artec GmbH – a joint venture between Rheinmetall and Krauss-Maffei Wegmann (KMW), with manufacture of the Boxer vehicles subcontracted to RBSL and WFEL in the UK.

Rheinmetall has invested more than £35 million in its RBSL facility at Telford, and sub contracts continue to be placed with UK suppliers to maximise UK content on Boxer. Delivery of Rheinmetall and RBSL’s vehicles is due from 2023.

In April this year, the British Army's Deputy Chief of the General Staff, Lt. Gen. Sir Christopher Tickell KBE, together with Chris Bushell, Director General of Land, Defence Equipment and Support and other senior industry colleagues from DE&S and RBSL, confirmed a contractual extension with the ARTEC consortium worth several hundred million pounds, that will see the British Army receive an additional 100 Boxer Armoured vehicles.

The contract extension will include extra Infantry Carrier vehicles, Command & Control vehicles and Ambulances which will be used by the British Army’s new Armoured Brigade Combat Teams, as a first uplift to increase the Force Structure, as planned in the 2021 Defence Command Paper.

This latest contract for 100 vehicles is in addition to the earlier £2.8 billion contract signed between ARTEC and the UK MoD for more than 500 Boxer Mechanised Infantry Vehicles. The additional vehicles will be manufactured in both UK and Germany and will be delivered from 2024, whilst the original order for 523 Boxer vehicles will deliver from 2023.

It builds on the core strengths and family concept of its HX2 predecessor, to become an even more advanced mobile platform for complex weapon and radar systems, including truck-based artillery systems, which are likely to play an increasingly prominent role in coming years.

On show at DVD 2022 is the Rheinmetall wheeled self-propelled howitzer mounted on a high-mobility HX 10x10 chassis. It is equipped with a highly protected cab and a fully automatic, remote-controlled artillery turret. This development is led out of Bristol by the Rheinmetall team. The HX 10x10 will serve in future as a standard platform for a variety of artillery systems and similar military hardware.

In addition to the Rheinmetall wheeled howitzer on a highly mobile HX 10x10 chassis, a heavy recovery vehicle was also on display at DVD 2022 along with demonstrations of the leader follower capability and the Automatic Load Handling System.

Together with Mercedes-Benz and ACS Armoured Car Systems, Rheinmetall is also offering a versatile and highly mobile 4x4 vehicle family for light forces such as airborne or special operations units. The new vehicle system is being presented for the first time in the UK at DVD 2022.

Also at DVD, Rheinmetall and its partner Israeli company, UVision, will be highlighting possibilities for integrating Hero Loitering Munition systems into manned and unmanned vehicles. Rheinmetall is also showcasing how various integrated, unmanned systems can enhance the capabilities of armed forces. The Robotics-L walking robot and Mission Master SP demonstrate how robotics is already changing the modern battlefield.