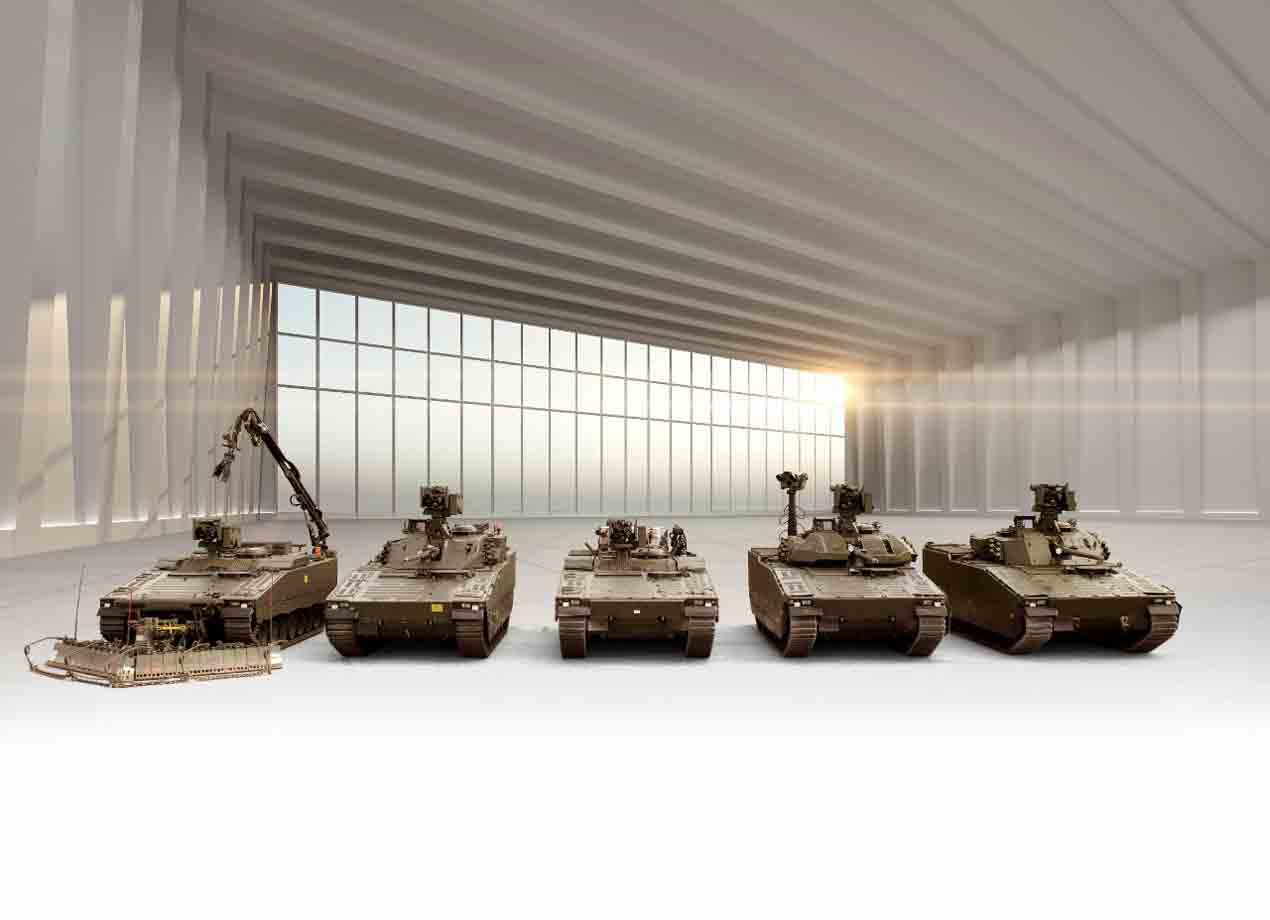 The Dutch Army’s CV9035NLs have been fitted with a rubber track system to improve crew ergonomics and running costs.

As part of a more than €500 million upgrade programme, the most recent step forward is the implementation of a rubber track system on the Dutch CV9035 Infantry Fighting Vehicle. The change will improve crew endurance and running costs and significantly reduce weight, which in turn allows for better performance.

Altogether, the change to rubber tracks increases the potential for further upgrades.
The new contract, signed earlier this month, includes development, testing and verification, as well as the delivery of implementation kits for training alongside the Dutch customer. BAE Systems says  this will secure Dutch defense security of supply for many years to come.

BAE Systems says the modification of the CV9035NL vehicles from steel tracks to a rubber track system has many benefits, including cutting the noise level inside the vehicle by a massive 10 dB and vibration levels by 65%.

“The reduced vibration levels will increase the life expectancy of electronics, optronics, and ammunition, which will significantly reduce vehicle running costs,” explains Dan Lindell, Director Combat Vehicles at BAE Systems Hägglunds. “What’s more, with the reduction of close to 1 tonne in vehicle weight as a result of the change to a rubber track system, there will be increased potential for continuous growth.”

There are significant benefits for the Dutch CV90 crew too as it will help to reduce crew fatigue thanks to reduced noise levels inside the vehicle. The adjustment also improves the CV90’s stealth on the battlefield and increases its mobility in the most challenging conditions.

This modification is the latest in series of incremental upgrades to the Dutch CV90s. Most recently, in 2019,  the Dutch Army selected BAE Systems to integrate the Elbit Systems’ Iron Fist Active Protection System (APS) into its fleet.

“This development is a real strategic milestone in the CV90’s approach to holistic survivability,” added Lindell. “It complements the already existing stealth- and soft-kill layers with further means to defeat the incoming threat, making survivability even more achievable.”