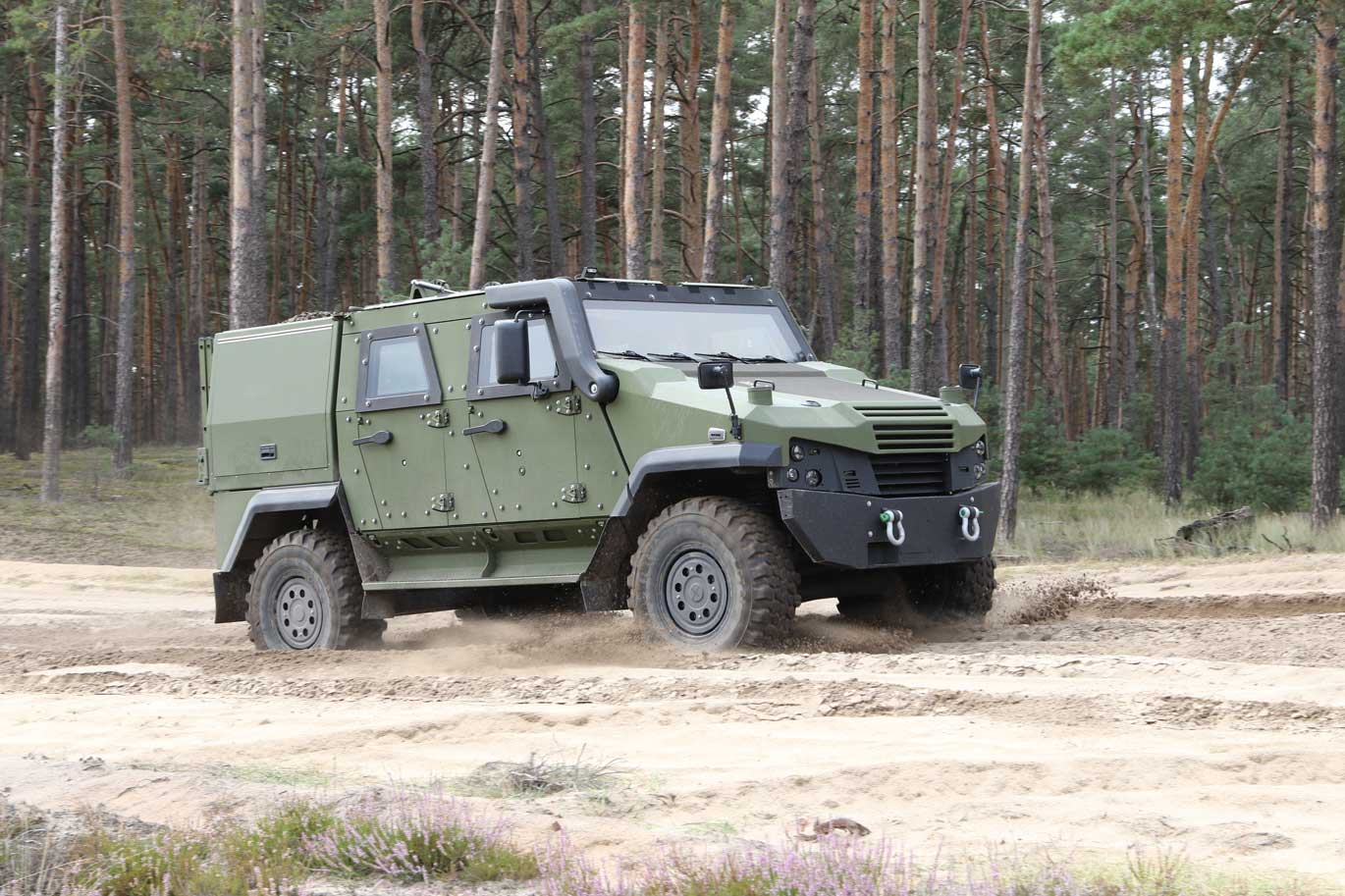 GDLS-UK says EAGLE, fitted as an ambulance variant at DSEI 2017, provides a unique suspension and driveline, offering superior tactical mobility, reliability and the highest-protection in its class.

The EAGLE is in-service with the German, Swiss and Danish Armies. It is available in 4×4 and 6×6 configurations and can fulfil roles such as a troop carrier, recovery, command, reconnaissance and logistics. EAGLE provides logistic commonality across its range of variants to offer lower maintenance and lifecycle costs.

An ambulance and a troop-carrying vehicle, based on the same EAGLE 6x6 chassis and driveline, are being provided for trials.  A third platform will be used for a mine blast trial. Trials will begin in October 2017 and are planned to run until February 2018.

GDLS-UK will also showcase at DSEI training solutions for the British Army as part of the AJAX programme. These solutions, include an ‘immersive’ Crew Turret Trainer and the AJAX Desk Top Trainer.

Alongside the delivery of 589 AJAX platforms to the British Army, General Dynamics Land Systems–UK will supply a range of training solutions that maximise the use of simulation to reduce cost of ownership and burden on live platforms.

The training solutions will cover gunnery and intelligence, surveillance, target acquisition and reconnaissance, driver procedure and maintenance, and Level 2/3 maintenance.

Key elements of the training solutions being delivered include:

“This training enables the British Army to maximise the use of the first fully-digitised fleet of vehicles across all environments on future operations,” said Connell of General Dynamics Land Systems–UK.

The range of AJAX variants will enable British Army Strike Brigades to conduct sustained, expeditionary, full-spectrum and network-enabled operations with a reduced logistics footprint. They will operate in combined-arms and multinational situations across a wide-range of future operating environments.