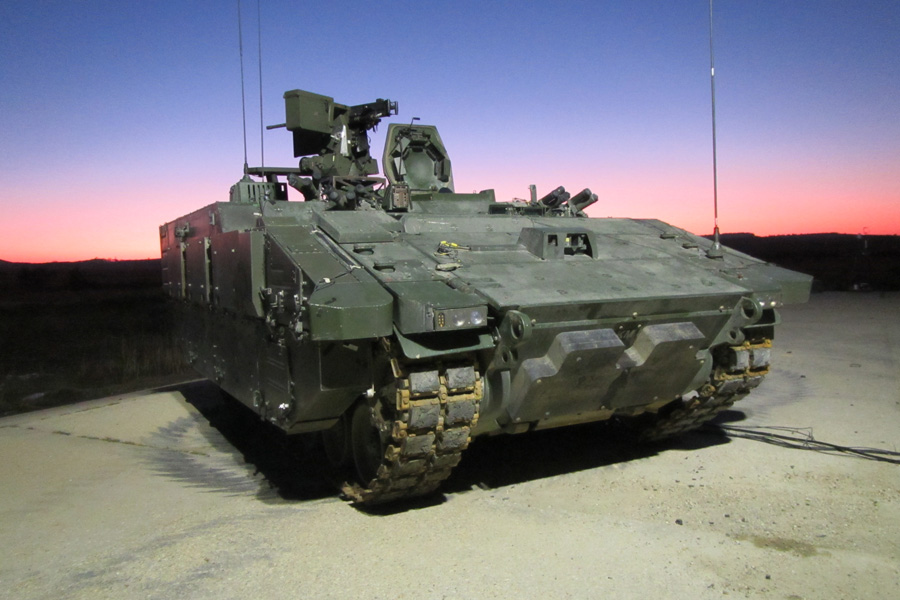 During the trial, General Dynamics Land Systems–UK crews fired from within the vehicles to gather critical data to demonstrate the platform’s ability to accurately and consistently engage specific targets at varying distances.

“The successful conclusion of the initial round of live firing trials is an important step towards delivery of the AJAX fleet; the biggest single order for armoured vehicles for the British Army in more than 30 years. I look forward to seeing further success in trials before the first of these capable vehicles, which will sit at the heart of the British Army’s two new Strike Brigades, are delivered to the Army next year.”

“These initial manned live firing trials are an important prerequisite to the other AJAX programme variant manned trials. Trials such as this demonstrate the step-change in capability that the AJAX Family of Armoured Vehicles will provide to the British Army from our first delivery in 2017.”

The range of AJAX variants will allow British Army ‘Strike Brigades’ to conduct sustained, expeditionary, full-spectrum and network-enabled operations with a reduced logistics footprint. They will operate in combined-arms and multinational situations across a wide-range of future operating environments.

The first British Army squadron will be equipped by mid-2019 to allow conversion to begin with a brigade ready to deploy from the end of 2020.