How Microsoft is helping Ukraine in the digital war with Russia

Microsoft's president reveals how it is helping Ukraine fight a digital war against Russia. 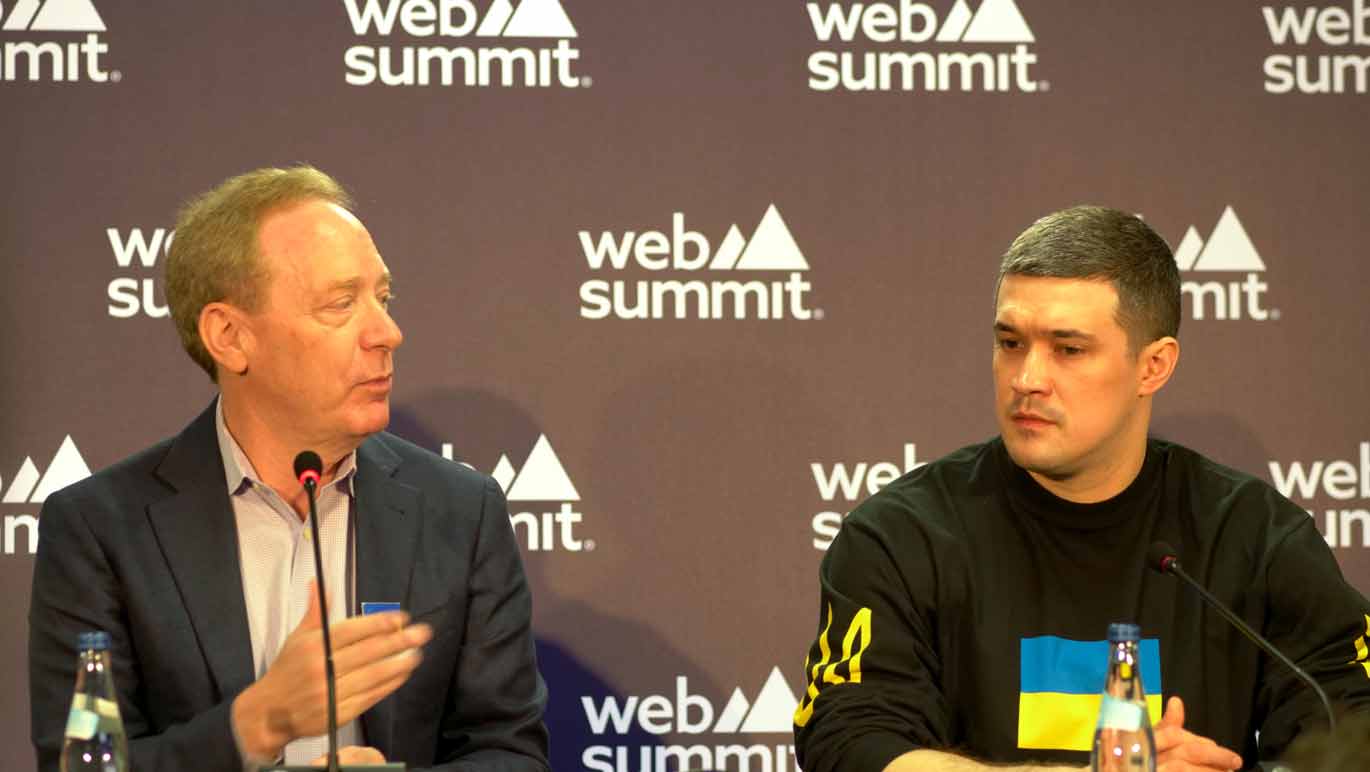 They've used Western drones, long range artillery, MANPADs and anti-tank missiles to defend themselves from attack by Russia. Now Ukraine is turning to Big Tech companies like Microsoft to help digitise the battlefield and defend public and civilian infrastructure against a barrage of Russian cyberattacks.

Details emerged this week at Web Summit in Lisbon of how Big Tech is helping Ukraine in its digital war against Russia.

Since the first Russian missile was fired against Ukraine back in February, Microsoft has provided technological aid to the Ukrainian government and its armed forces. At Web Summit, Microsoft's president Brad Smith revealed how it is using AI and cloud computing to defend government data centres and other infrastructure against cyberattacks. “We continue to run [government] services through Microsoft Cloud data centres which are spread throughout Europe,” he explained. “The cloud provides resiliency and security in times of war. By moving to the cloud, the [Ukrainian] government] has been able to sustain its services.”

Smith announced at the Summit that Microsoft would extend its technological support for Ukraine into 2023, bringing its total support for the country to approximately $400 million. Russia is waging an aggressive cyber war against Ukraine, said Smith, attacking government, military and civilian infrastructure, including banks, airports, nuclear power plants and humanitarian organisations. “Microsoft can provide an element of defence against these attacks using threat intelligence to provide end point protection. We are also deploying AI to identify and intercept new cyberattacks.”

As Russian attacks against Ukraine’s energy infrastructure continue, Ukraine’s Vice Prime Minister and Minister of Digital Transformation Mykhailo Federov said he was attending Web Summit in Lisbon to look for new technology partnerships. “The army and the government are working in the mode of IT companies,” he said. “If something works, we want to scale these solutions. We want to be as flexible as we can be.”

Federov said Ukraine can quickly integrate new technologies onto the battlefield largely thanks to the fact that most of the soldiers fighting on the frontline are young, and largely drawn from the country’s thriving tech sector. “We have more than 300,000 IT people in Ukraine and these guys are coming to the frontline wanting to use technologies.” Ukraine’s IT sector generates 4% of the country’s GDP, and despite the war, its IT industry grew by 16% in the last eight months, according to statistics published during Web Summit.

“When I went to the frontline and asked one of the frontline commanders how can I help you, they asked for a 3D printer for printing some details like civilian drones used for shooting scenery.,” said Federov.  The Ukrainian Army also developed a situational awareness system, called Delta, like that used by NATO countries, which gathers information in real time so military commanders can determine the situation on the battlefield in real time.

Smith said technologies such as image recognition and AI were playing an important part on the battlefield in Ukraine. “We’ve been working with the US Army for some time with these technologies,” he said. “We’re using AI and working with companies like Planet, which provides real-time satellite imagery to document [Russian] attacks against schools and water towers. We should continue to focus on ensuring AI is used ethically to protect everyone in Ukraine.”