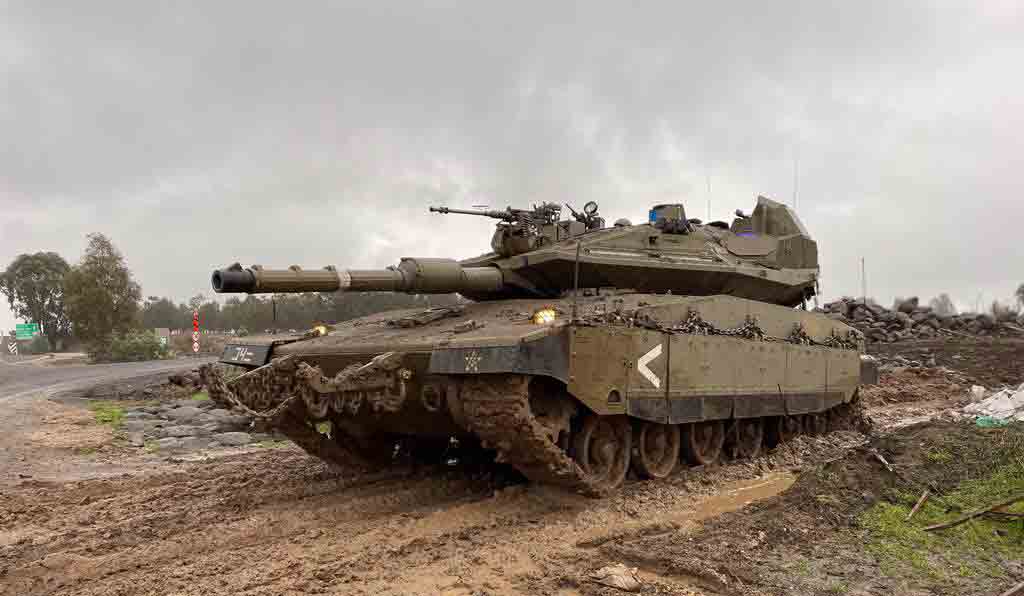 The Israeli Ministry of Defence will soon commence series production of the new upgraded version of the Merkava 4 MBT. The first upgraded tanks to be delivered to Israeli Defence Forces (IDF) in mid-2023.

Most of the new features being developed for the upgraded version are highly classified, but industry sources say the Merkava 4 "Barak" (Lightening) will be equipped with an improved Trophy APS system made by Rafael and a commander helmet that prioritises the relevant data gathered by the tank's sensors and others in the battlefield.

The sensors will allow the combat soldiers to operate the tank in a simple and advanced way, and will contribute to its defense - both physically and technologically. Sources say the upgraded Merkava 4 will be a "platform" for additional systems that will "dramatically" enhance the crew's capability to avoid the enemy and at the same time to use the shortest sensor to shooter cycles to kill moving targets.

The new version will also include a system for automatically firing on targets that pose a danger to the tank, such as units that launch anti-tank missiles. It also has the ability to locate and destroy time-sensitive targets with small footprints, through quick acquisition and effective engagement of targets.

An advanced main computer will give the tank's crew the ability to focus on the most relevant targets while sharing this information with other tanks and units on the ground and in the air.

Some of the new systems to be integrated into the "Barak" are based on the combat suite developed by Israel Aerospace Industries (IAI) for an advanced armoured fighting vehicle. Others will be modified for the new version of the Merkava 4.

The "Iron Vision" commander helmet from Elbit System with a 360-degree view, will allow combat soldiers to see the outside environment from inside the combat vehicle,” a senior officer from the Israeli Defence Forces (IDF) Armoured Corps, stated in an official release. The helmet is also a very efficient training tool. By creating combat scenarios that are presented by the Iron Vision helmet the tanks' crew can train in diverse scenarios through VR simulations.

The selection last year of  IAI to fully develop the IDF's next-generation fighting vehicle is also a milestone in the new concept Israel is developing as related to ground forces fighting. IAI was selected by Israel’s Ministry of Defence as the prime contractor and integrator for developing the concept and technologies for the Future Armoured Fighting Vehicle — the Carmel.