Live Fire Tests of a Rafael VPS on the Bradley IFV

Rafael encouraged by international presence at live fire tests of its VPS on the Bradley IFV. 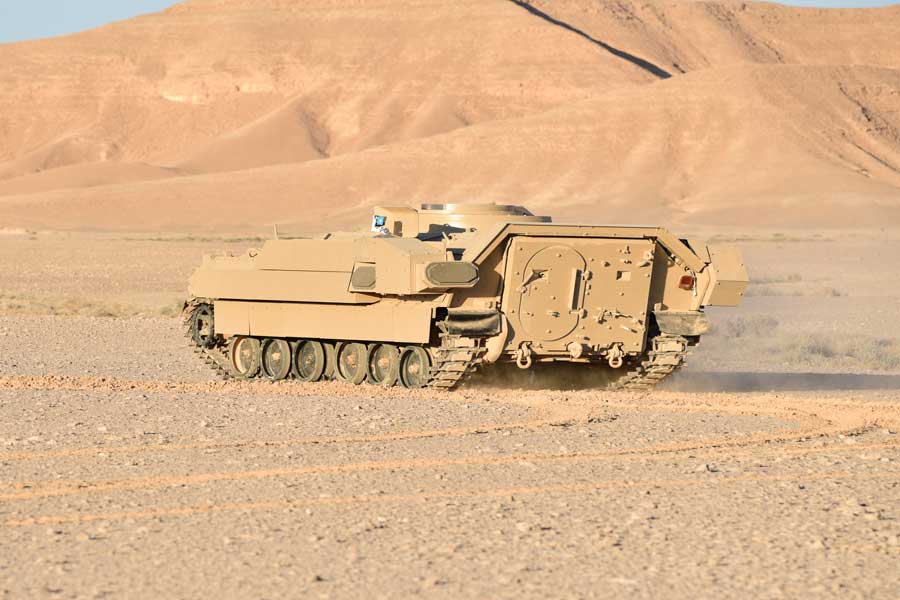 Other than systems developed by the Russians, Trophy is the only “combat-proven” APS that has been tested on the battlefield by Israeli Defence Forces against RPGs and ATGMs fired by Hamas in Gaza.

Conducted at an official test range in Israel, the recent round of testing was monitored by subject matter experts and programme officials from the US, NATO and other allied nations. It included over 300 live scenarios challenging key aspects of the system’s upgraded hard-kill defeat mechanism, bringing the total number of live tests of Trophy to more than 4,000.

The US experimented with Active Protection Systems or APS as early as the 1950s, but they have never successfully fielded a vehicle with an integrated APS.

However, now as part of the US Army's combat vehicle modernisation plans, three different commercial off-the-shelf APS: the Trophy APS, for use on the Abrams tank; the Iron Curtain APS for the Stryker; and Iron Fist for the Bradley, were announced by the US Army.

In June, however, according to media reports, Artis's Iron Curtain system was excluded by the Army for the Stryker.  Leonardo and Rafael say the Trophy VPS will next be demonstrated in the US on the Stryker platform to the Stryker programme office.

DRS and Rafael are also continuing a parallel effort to demonstrate Trophy’s compliance with the US Modular APS standard or MAPS, which will develop a framework for a modular, open-systems architecture for APS, effectively allowing systems from different manufacturers to be more easily integrated onto vehicle platforms.

“Rafael is encouraged by the extensive presence of US and international visitors at the tests,” said Moshe Elazar, executive vice president and head of Rafael’s Land and Naval Division. “It shows the growing understanding that system maturity is not just a phrase. We are guaranteeing lower programmatic risk to our customers by leveraging proven performance and broad integration experience on main battle tanks, IFVs and 8X8s.”

Leveraging material and component upgrades, as well as lessons learned from 20-plus years of development, Rafael claims the TROPHY VPS achieves up to 40% weight reduction and improved power management, depending on how it is integrated on to a platform – with no reduction in its  ability to protect against the full range of direct fire, anti-armour rocket and missile threats.