In a contract worth €17 million, Rheinmetall will supply Jordan with an additional 25 Marder IFVs. 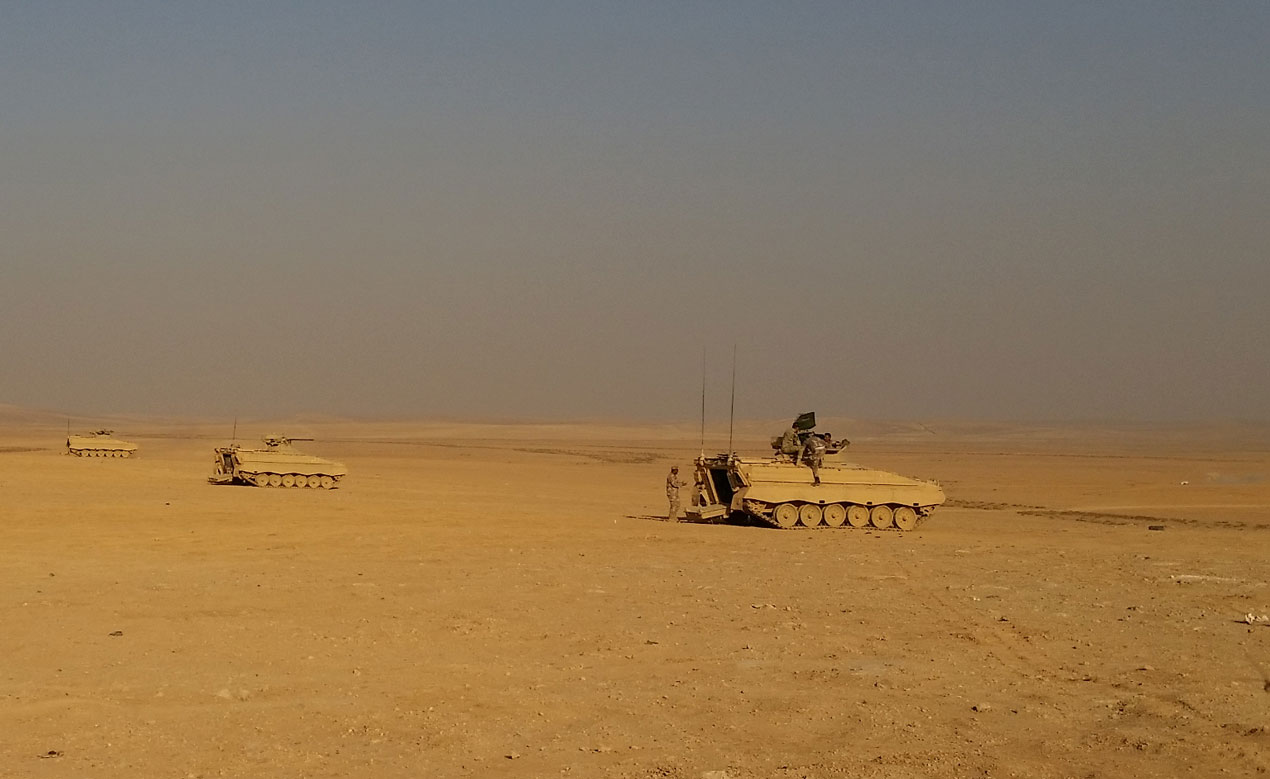 Marder IFVs in the Jordanian desert

Rheinmetall will supply Jordanian Armed Forces with a further 25 Marder infantry fighting vehicles from surplus Bundeswehr stocks. Delivery of the vehicles will commence in the first quarter of 2018.

The contract, worth more than €17 million, was awarded under a German military aid programme aimed at bolstering the capabilities of the Jordanian armed forces in the fight against international terrorism, as well as for border security and stabilisation missions.

The main threat faced by Jordanian Armed Forces is from terrorist organisations such as Daesh in neighbouring Syria and Iraq. Although Jordan has a relatively high level of defence spending relative to GDP, according to the International Institute of Strategic Studies’ 2017 The Military Balance,  it relies on external support for most of its military equipment.

In addition to Germany, Chile and Indonesia, Jordan is the fourth nation to deploy the enhanced-performance Marder. Rheinmetall already supplied the Hashemite Kingdom with 25 vehicles of this type in 2016/2017.

The Marder 1A3 infantry fighting vehicle weighs about 35 tonnes and is said to resemble a “light tank”. Despite its weight, Rheinmetall says a 600 hp engine enables a top speed of around 65 km/h, and the fighting compartment is roomy enough to seat nine soldiers. A 20 mm RH-202 automatic cannon serves as the vehicle’s main armament.

The first Marder IFV was manufactured in the 1970s. Other variants soon followed. The Marder 1A3 is thought to be “one of the largest and heaviest of all IFVs.” More than 30 years old, the Marder IFV will be replaced by the Puma IFV, jointly developed by Germany’s Krauss-Maffei Wegmann and Rheinmetall.