Augmented Reality For US Army

US Army places order with Microsoft for Augmented Reality on the battle field. 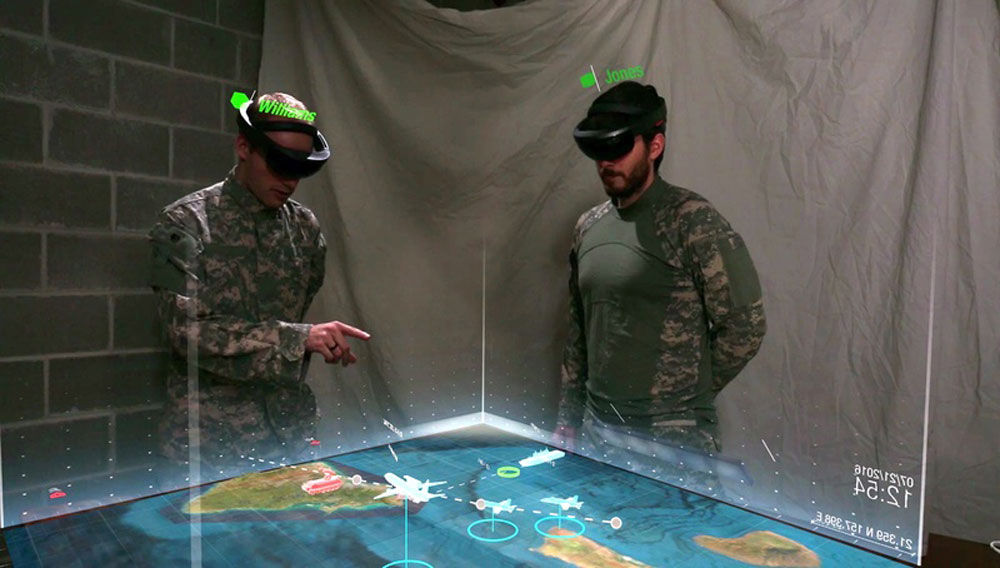 The HoloLens Augmented Reality headset will be used by US soldiers on the battlefield after the US Army awarded Microsoft a $480 million contract.

According to media reports, the contract could lead to the Army purchasing more than 100,000 headsets, which will be used for training and combat missions. The HoloLens hasn't gained much traction in the consumer market, but in the military it could be used as a way of presenting information (enemy positions, locations) to enhance soldier situational awareness.

Modifications to what until now has been a commercial technology are likely to include the incorporation of night vision and thermal imaging.

The US and Israeli Armies are believed to have used the HoloLens in training.  Mixed-reality applications that combine elements of virtual and augmented reality have become increasingly popular in military training, but combat is a relatively new application for the technology.

The Royal Australian Air Force have reportedly trialled 3D visual applications for the HoloLens as part of a project called Plan Jericho, which according to the RAAF's website, seeks to “take advantage of advanced technology and aircraft capabilities.” The Australian Army is also believed to be experimenting with AR technology to  help minimise the training burden and aid technicians that work on military vehicles.

The US Navy has also developed similar technologies for combat divers which overlays navigational information on their mask using a special flip down optical display module.

Ukrainian company LimpidArmor has also integrated a HoloLens with a soldier's helmet to give tank commanders enhanced situational awareness of the environment outside the tank.