Mobile C-UAS Solution Brings A New Capability to the Battlefield 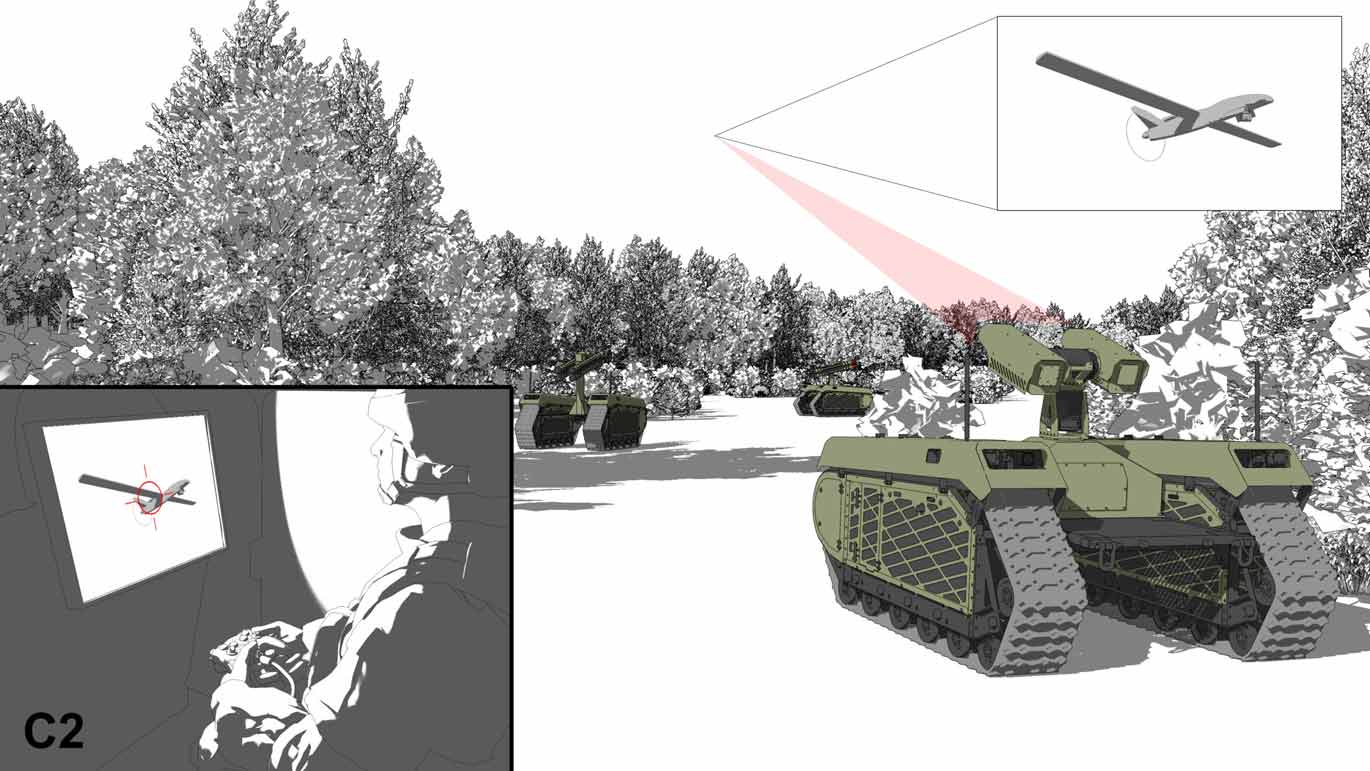 The unique solution combines the electro-optical C-UAS platform Marduk Shark and Milrem's THeMIS unmanned ground vehicle (UGV) to provide protection against loitering munitions and surveillance drones. The Marduk Shark uses sensor fusion to detect track and target, and according to the company's website it can detect UAVs up to 2km away

“Autonomous UGVs equipped with a C-UAS payload create a new capability on the battlefield that allows forces to focus on their main task of engaging the adversary, while UGVs provide better situational awareness and force protection,” said Kuldar Väärsi, CEO of Milrem Robotics.

The mobile C-UAS platform  can be integrated with kinetic and non-kinetic weapon systems and with different sensors and effectors such as radar, radio frequency detectors, jammers and lasers.

Currently, most C-UAS solutions used are stationary, however, Themis says mobile platforms with autonomous capabilities give defences forces the flexibility to relocate them according to the threat assessment. Mobility also provides early warning for the forces in various positions.

“Frontline forces on the move are most exposed to adversary drones,” said  Martin Simon, the CEO of Marduk Technologies. “The mobile autonomous C-UAS platform gives our customers an additional layer of protection.”

The C-UAS market is estimated to be worth $4.7 billion by 2027, according to analysis by Emergen Research. The market is primarily driven by factors such as the increasing adoption of directed energy weapons to destroy or damage rockets, mortar-launched explosives, drones, and any other aerial threats, higher investment in military bodies & defense intelligence sectors, and technological developments in laser-based target-focused weapons.

Additionally, growing incidences of cross-border conflicts, and the rise in asymmetric warfare, are some of the subordinate reasons behind the tremendous growth of the market.