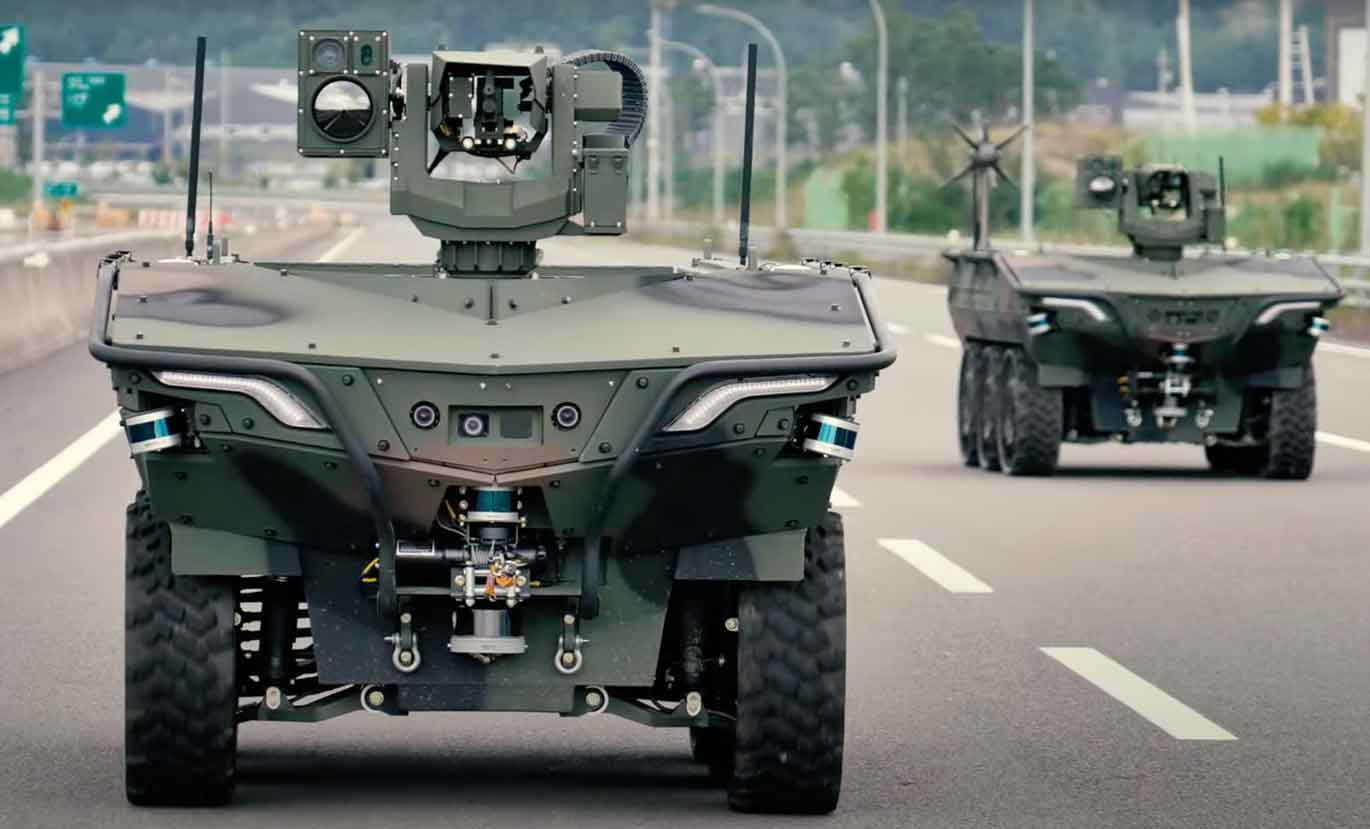 Hanwha's new i-UGV features vehicle-to-vehicle communication, GPS-enabled autonomous driving, waypoint navigation and can be operated remotely, or by a driver

Several new unmanned ground vehicle (UGV) platforms and concepts are on display at Seoul ADEX. Hanwha Defence unveiled its new Intelligent UGV (I-UGV) ahead of the show. The new 6x6 UGV appears to be production ready and is undergoing trials with an ROK Army infantry unit. It can perform surveillance and reconnaissance missions in addition to undertaking troop and cargo transport.

Compared to existing 4x4 multi-purpose UGVs built in South Korea, Hanwha Defence says its fully electric vehicle confers additional capabilities such as vehicle-to-vehicle communication, GPS-enabled autonomous driving, waypoint navigation and the ability for the vehicle to be operated remotely, as well as by a driver.

The two tonne I-UGV can travel a distance of 100 km on a single charge and can climb a 60% slope. Payload capacity is quoted as being greater than 500 kg, while top speed on paved and unpaved roads is reportedly 40 km/h and 20 km/h respectively. It is fitted with an optional remote control weapon station (RCWS) and its EO sensors have a detection range of 4 km. Acoustic sensors, which determine the source of enemy fire, can also be fitted.

The Hyundai Rotem Group displayed a prototype of a hydrogen fuel cell powered UGV at the show. Development has been underway for two years and company officials expect the product to be ready for market by 2025–2026. The UGV is designed to perform surveillance and reconnaissance missions.

The use of hydrogen fuel cell propulsion affords the UGV with a 450–500 km range. Hyundai Rotem will also develop a civilian variant of the UGV.