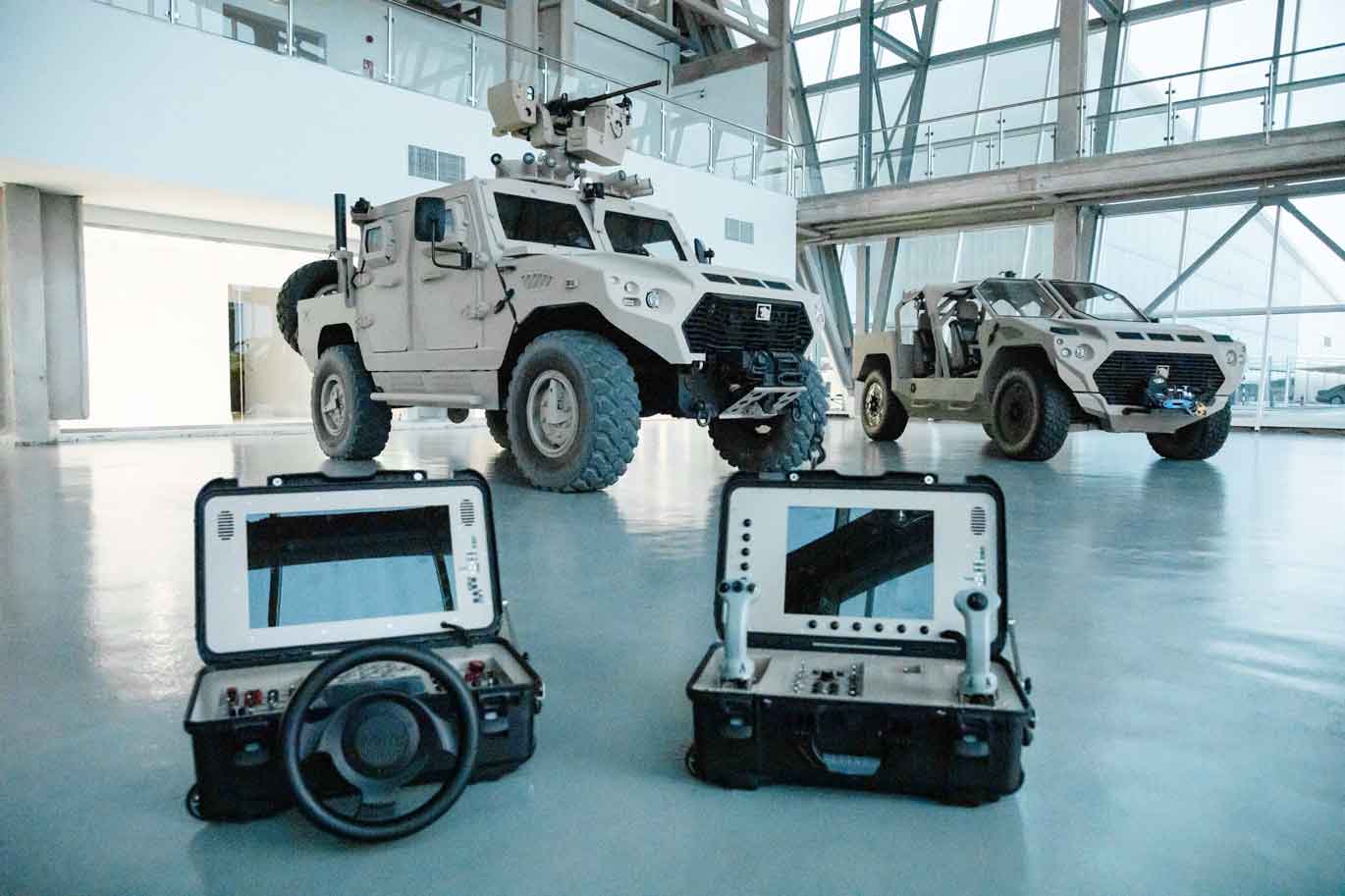 The ARV was developed in conjunction with ADASI, another EDGE Group company, which focuses on autonomous systems and services. ADASI also unveiled two new unmanned ground vehicles (UGVs), at the International Defence Exhibition and Conference (IDEX), which takes place at the Abu Dhabi National Exhibition Centre between 21-25 February.

The ARV can withstand small arms fire, artillery shell splinters and survive mine and improvised explosive device (IED) blasts. It has a payload capacity of 1,200kg. Operated via a ground control station (GCS) with a communication range of 12 km and endurance of up to eight hours, it can travel up to  speeds of 50 km/h to support Armed Forces with greater firepower while ultimately reducing risk to soldier's lives.

In addition, ADASI launched mini- and small-UGVs, named SCORPIO-M and SCORPIO-S respectively, that are stealth in operation, with the capability to climb slopes and stairs at a gradient of 40-45 degrees and communicate with the autonomous control station at a range of up to 3 km.

Both UGVs were designed to support special force deployment, with the mini capable of  intelligence,  surveillance,  target acquisition, and  reconnaissance  (ISTAR) operations in  open-air and indoor urban environments. The small UGVs are created for more tactical, dual day-night functionality.

“The UGV market is rapidly evolving, with new levels of autonomy offering greater opportunities to support more complex missions,” said H.E. Faisal Al Bannai, CEO and managing director of EDGE Group.  “Automation is a strategic priority for EDGE Group, and the launch of three autonomous systems by ADASI – with additional collaboration with NIMR, is testament to our collective focus, capability and determination.”

The CEO of ADASI, Ali Al Yafei, said the SCORPIO-M and SCORPIO-S, both provide tactical advantage and operational flexibility in contested environments, while principally protecting the lives of soldiers through the use of unmanned technologies.

ADASI is part of the Platforms & Systems cluster of EDGE Group, an advanced technology group for defence and beyond, which ranks among the top 25 military suppliers in the world.

NIMR also announced on the sidelines of the IDEX show, a Teaming Agreement with Saudi Arabian Military Industries (SAMI) to explore opportunities for the JAIS 4x4 vehicle in Saudi Arabia.

Designed to lay the foundation for a long-term joint venture between the two entities, the agreement mandates NIMR to license technology to the Kingdom to enable local manufacture of the JAIS vehicle and develop Saudi Arabia’s supply chain capabilities. The synergy aligns seamlessly with the Saudi Vision 2030, which underlines the country’s commitment to reaching the goal of localising industry and diversifying the economy.

NIMR says the JAIS 4x4 competed against a range of vehicles in demanding trials arranged by SAMI and conducted by military experts in Saudi Arabia. The performance of the battle-tested platform, n the trials paved the way for new opportunities for the vehicle in Saudi Arabia.

In other unmanned news, the EDGE Group also unveiled its first family of Smart Loitering Munitions at IDEX 2021.

The QX family of loitering munitions comprises four products: QX-1, a micro-UAV, QX-2, a mini-UAV, QX-3, a small UAV, and QX-4, which features an impressive vertical take-off and landing (VTOL) fixed wing. The precision-guided systems use sophisticated AI algorithms to target and strike, boasting an accuracy of 1 m CEP (circular error probable) – with an aim similar to laser guided munitions. Built to launch in any environment or terrain, the entire QX family of UAVs are lightweight, man portable, and comprise VTOL capabilities.

The second range of loitering munitions consists of Shadow 50 and Shadow 25. As the name implies, Shadow 50 can carry a payload of 50kg – exactly double its counterpart. Shadow 25 is a high-speed system equipped with a jet engine and boasts a short reaction time. Delivering high precision strike against fixed targets and advanced guidance capabilities, these UAVs leverage Global Navigation Satellite Systems (GNSS) and can fly using video navigation systems in GPS denied Environment.

Also launched on Day 1 of IDEX, the Rash 2 is a fixed-wing guidance kit for mortars and other in-house designed payloads, capable of gliding in flight and directing munitions to ground targets, available in different sizes to accommodate varying payload capacity, range, and endurance. ADASI has secured AED 55 million contract to supply Rash 2 to the UAE Armed Forces, marking the first order of the newly launched product.

Right now, drone technology is revolutionising our world with the full potential of unmanned and autonomous capabilities still to be further explored – not just in the military sector, but the commercial sector too,” said Faisal Al Bannai, CEO & Managing Director, EDGE.

Through launching the first UAE-made family of smart loitering drones, EDGE marks a significant milestone as a key technology enabler and in boosting the country’s autonomous capabilities and AI integration. With the future increasingly relying on unmanned systems that provide a higher degree of tactical flexibility, we have invested extensively to fast-track R&D investments in these domains, bringing related products to market with speed.” 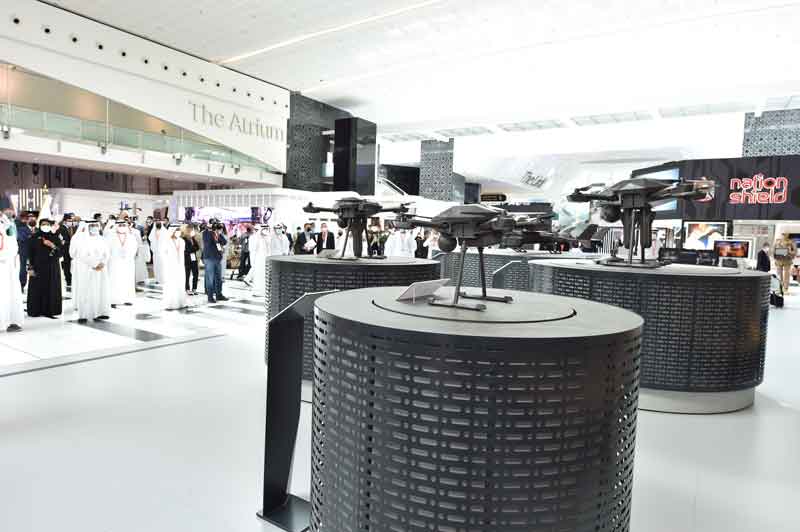