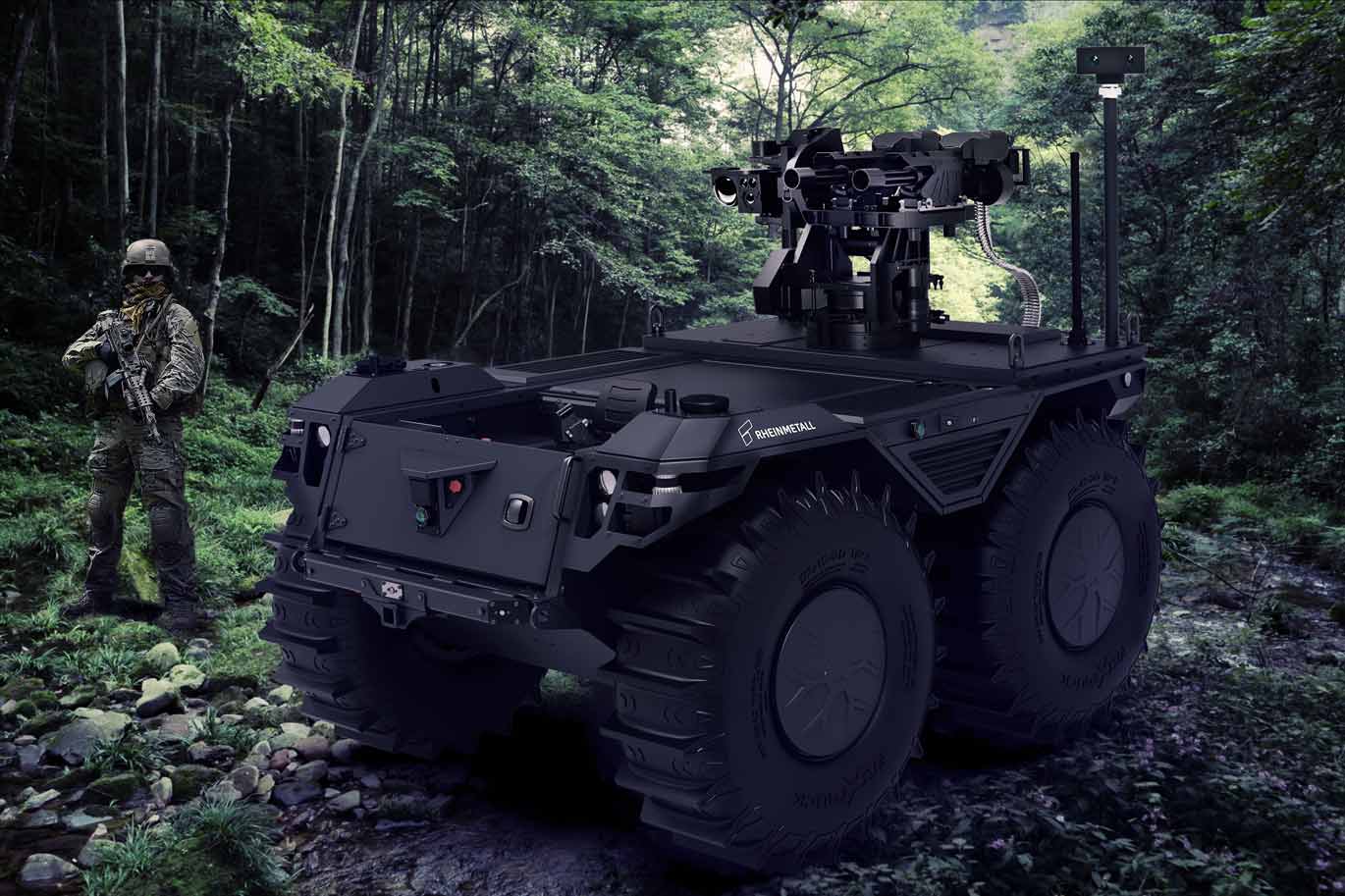 Defence manufacturers are gearing up for Army USA’s Annual Meeting & Exposition which gets underway in Washington, DC from 10-12 October. The motto for this year’s show is “Building the Army of 2030.”

Rheinmetall America and its family of companies will be on-site showcasing next-generation Infantry Fighting Vehicles, an OMFV Concept Demonstrator, as well as munitions and artillery.

Attendees will be able to catch a glimpse of the OMFV (Optionally Manned Fighting Vehicle) Concept Demonstrator, a life-size display that represents the physical appearance of the Lynx OMFV’s design, complimented with augmented reality highlighting technologies for the OMFV programme.

Additional information on next-gen technologies that are part of the Lynx OMFV delivered by Team Lynx will be available at the individual exhibition booths of Textron, Raytheon, L3Harris, Allison and Anduril.

The HX3-CTT – The Next-Gen Tactical Truck

Other vehicles on display at the show include the HX3-CTT, offered to the Army for its Common Tactical Truck (CTT) program by American Rheinmetall Vehicles and GM Defense.

American Rheinmetall Vehicles and GM Defense formed a strategic collaboration to bring together two powerhouse companies that can leverage commercial technologies, robust engineering, and world-class manufacturing to answer the Army’s call for the next-generation CTT programme.

The HX3-CTT is a derivative of Rheinmetall MAN Military Vehicles’ globally successful and fielded HX family of military off-the-shelf tactical trucks already in service with eight allied countries. See the HX3-CTT at GM Defense’s booth at the show.

Visitors to Rheinmetall’s booth can also learn about the company’s Rapid Obscuring System (ROSY), a 40mm non-lethal grenade launcher that is currently fielded on both land and maritime platforms.

ROSY produces an instantaneous smokescreen for effective obscuration across the visual and IR spectrum, and the system’s lightweight modular design is suitable for virtually all ground vehicles.