The German Panther V tank is one of a number of WWII tanks on show at Militracks 2019. 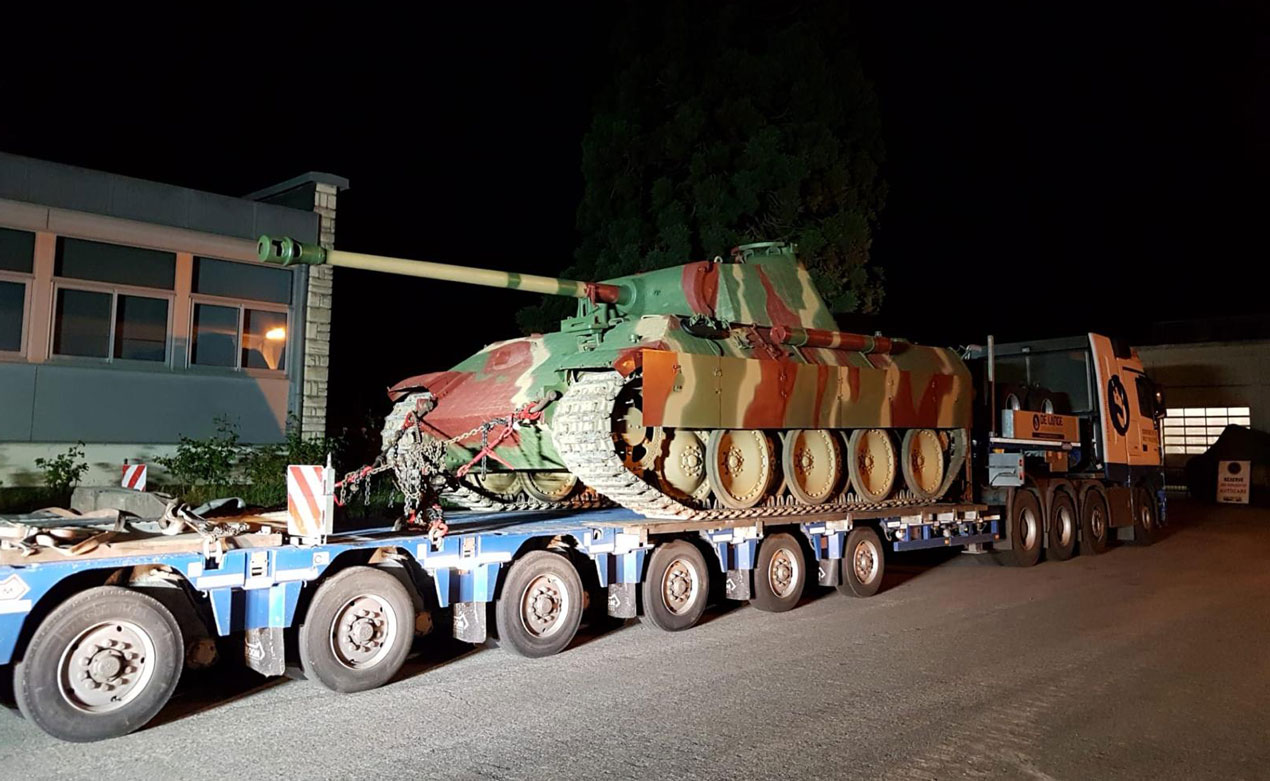 The engine of the Panther V tank grinds into action followed by a mixture of white and black exhaust fumes that burst from the rear of the  tank. Slowly, it drives onto the trailer ready for transport. This is the start of its journey when it leaves the Saumur Armored Museum in France and makes its way to Overloon in the Netherlands, where it is attending the Militracks 2019 show.

The Panzerkampfwagen V Panther, otherwise known as the Mark V, fitted a crew of five and was designed to counter the threat posed by Russia's T-34 tanks during World War II. It was known for its “firepower and protection,” weighing in at a hefty 50 tons. However, the tank was plagued by reliability issues.

Militracks, which runs from the 18–19 May at the War Museum Overloon in the Netherlands, attracts some of the biggest and most important military hardware. In 2018, the Saumur Museum sent the German Tiger II tank, which was known for its “devastating firepower,” to Militracks.

During the event, German motorcycles, passenger cars, trucks, half-tracks and tanks that were predominantly in the service of the Wehrmacht during World War II will be on display. German vehicle technology at that time was in many cases considered to be qualitatively better than that of the Allies. At Militracks, these mobile military machines will demonstrate how that technology worked.The vehicles will not just be displayed in 'static' mode, but driven around on a special kilometre-and-a-half track on the museum's grounds. Attendees will also be able to ride along on the tanks.