Poland sets example for the rest of Europe with tank buys from US and South Korea. 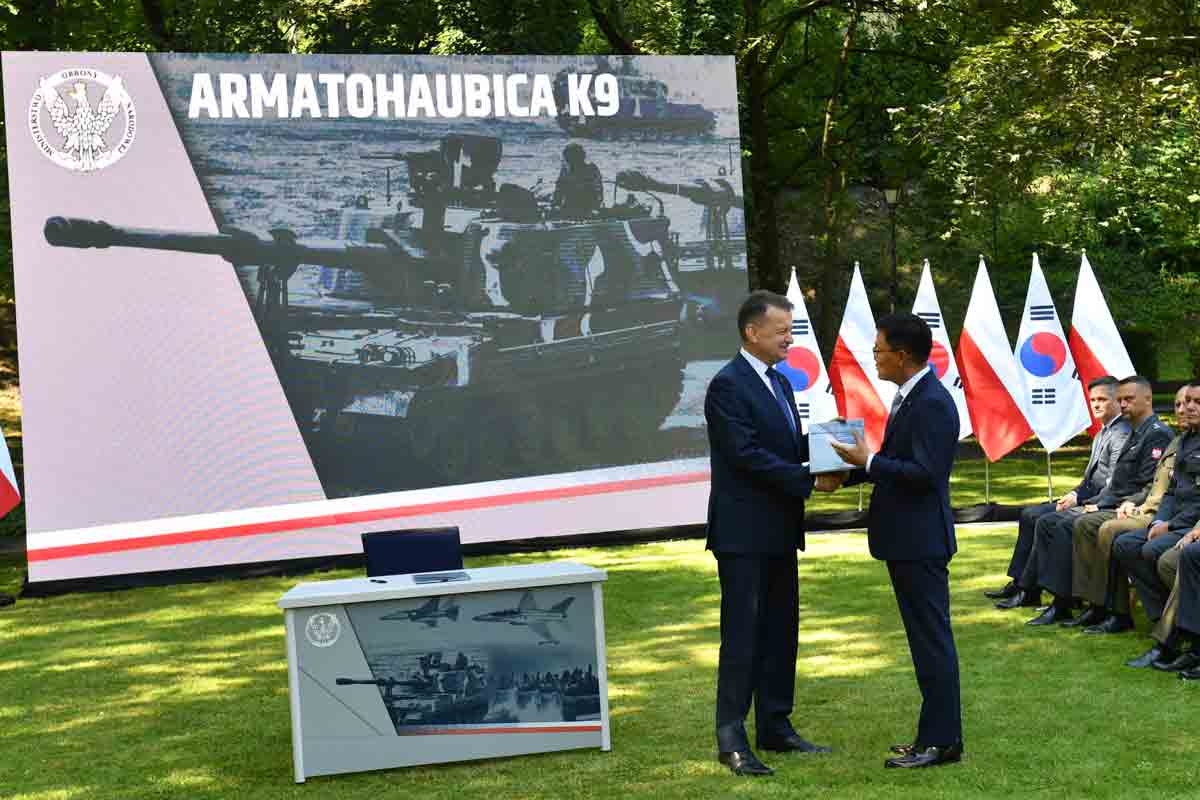 Could Poland emerge as one of the most powerful land forces in Europe? Well, the shopping spree it has been on recently suggests a rapid military build-up, which is set to significantly boost the country's armoured combat capabilities.

Poland has inked major deals with the US and the Republic of Korea (RoK) for kit, including main battle tanks and long-range artillery.

Back in April, it signed a $4.7 billion agreement with the US for the delivery of 250 Abrams tanks in their most modern configuration — the M1A2 SEPv3 Abrams., which features significant upgrades to survivability, shoot-on-the-move firepower, joint interoperability (for the exchange of tactical and support information), and a high degree of maneuverability and tactical agility.

It topped that in July with its largest and most important defence order for the supply of 1,000 K2 Main Battle Tanks (MBT) from Hyundai Rotem, more than 600 K9 Self-Propelled Howitzers from Hanwha Defence, and 48 FA-50 fighter aircraft from Korea Aerospace Industries. The orders for the K2 tanks and K9 self-propelled artillery are valued at approximately $5.7 billion.

“We do not have time, we cannot wait. We have to arm the Polish Army,” said Mariusz Błaszczak, Poland’s Deputy Prime Minister and Defence Minister. In the case of tanks, Błaszczak said it is extremely important that we have a very large force at our disposal.

Błaszczak said the order for additional MBTs from Korea was due to lessons learned from what is happening in Ukraine. “We learn lessons from how Russia has attacked. We can see that armoured forces and artillery are of great importance on the battlefield nowadays, hence the decision to strengthen this type of armed forces."

The order for K2 MBTs from Hyundai Rotem is divided into two stages. Poland will acquire an initial batch of 180 tanks, with deliveries commencing this year.

In the second phase of the programme, the Polish Army will acquire more than 800 K2 MBTs configured to the K2PL standard. Production of these tanks in Poland will start in 2026 and the first batch of 180 K2 MBTs will also be upgraded to K2PL standard.

“We will certainly expand this partnership with Poland, especially when it comes to locating production here in Poland with full transfer,” said Lee Yong-Bae, president of Hyundai Rotem.“I am convinced that both countries will be great partners in the future, the more that we expand our cooperation into other areas,”

General Dynamics Land Systems, a business unit of General Dynamics received a Foreign Military Sales (FMS) order from the US Army in August, worth up to $1.1 billion for delivery of Abrams tanks to Poland. The new MBTs will be mainly used by the Polish Army’s 18th Mechanized Division and will be almost identical in specification to the M1A2 SEPv3 MBTs used by the US Army.

Poland had first expressed interest in acquiring the Abrams MBTs back in July 2021. It is also slated to acquire 26 M88A2 HERCULES Combat Recovery vehicles and 17 M1110 joint assault bridges.

Last year, Poland spent 2.3% of its GDP on defence, putting it among the top spenders within NATO.