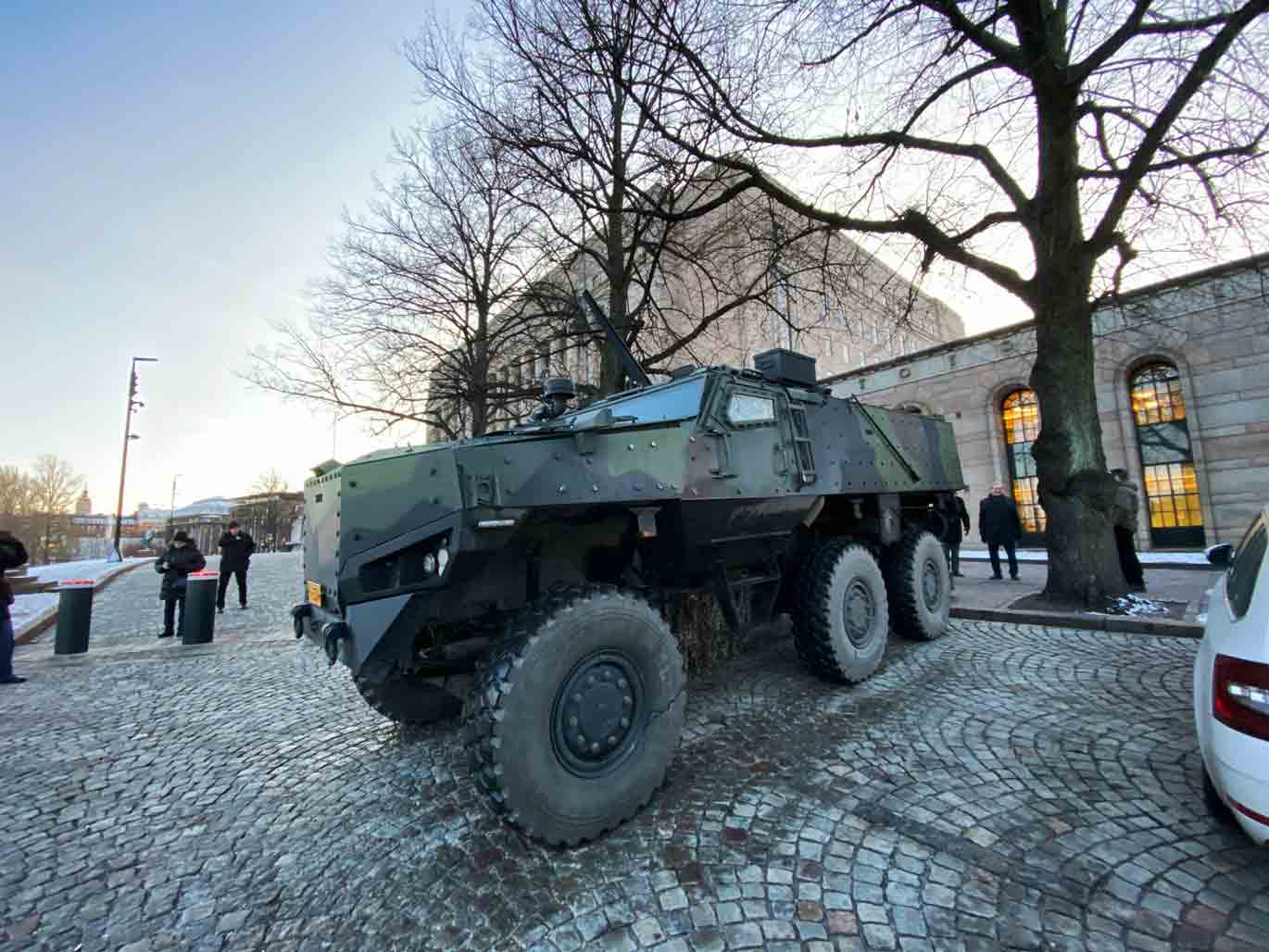 Two upgraded variants of the 6x6 Protected Multi-Purpose Vehicle (PMPV) Armoured Personnel Carrier (APC), the PMPV 2 and PMPV 3, have been launched by Protolab Oy for the Finnish and international market.

The new variants were developed based on user feedback and are ready to meet the requirements of Finland’s upcoming domestic 6x6 APC procurement programme.

“The PMPV’s narrow (2.55m) width, steering rear axle, unique protective structure and advanced mobility both on- and off-road have been designed to provide superior capability in the urban environment for the range of tasks faced by special operations, security and crisis management forces in the field,” remarked Juha Moisio, business development director at Protolab Oy.

“We have introduced these two new variants in direct response to market feedback, and anticipate significant interest from the international APC market from customers looking to replace their existing 6x6 vehicle fleets with a cost-effective, protected and highly mobile solution.”

The variants maintain the original vehicle’s highest possible integrated mine protection and ballistic protection levels, with testing verifying the chassis’ ability to withstand at least five mine detonations, exceeding the highest requirements of STANAG 4569.

“The results of the mine blast testing, carried out by an independent, internationally recognised test body, are outstanding,” said Juhani Kivimaki, Chief Technical Officer at Protolab. “Typically, a vehicle must survive the single required kinetic blast to achieve the highest STANAG rating, whereas we put a single PMPV chassis through five blasts – one of which was double the required explosive mass; and still ended up with a vehicle that could be repaired for service.

“We understand that this is an extremely significant achievement, and will be a major drawcard for military forces seeking the very highest protection levels for their troops in the field.”

The new versions incorporate higher engine power ratings to provide better performance in both on-road and off-road conditions. The PMPV 2 is powered by a 325 hp diesel engine, while the PMPV 3 can be fitted with either a 360 hp or 450 hp diesel engine.

The PMPV can carry two crew and 10 fully-equipped troops, or a cargo payload of up to 10,000 kg. Improvements to the crew compartment include a redesigned layout to enhance passenger comfort and space for equipment, increased room for C4I equipment, and improved options for reconfiguring the vehicle for different operational profiles, such as command and control, troop carrier or medevac.

In the standard APC crew transport configuration three different seating versions are available: a suspended seat with a five-point seat belt which is used also as the driver and commander seats in all vehicles, a fixed seat with two-point lap belt, which has proven extremely efficient and sturdy in use, and a new compact seating system with a two-point lap belt.

Crew entrance and egress has also been improved, and the locking system of hatches throughout the vehicles has been redesigned for easier use.