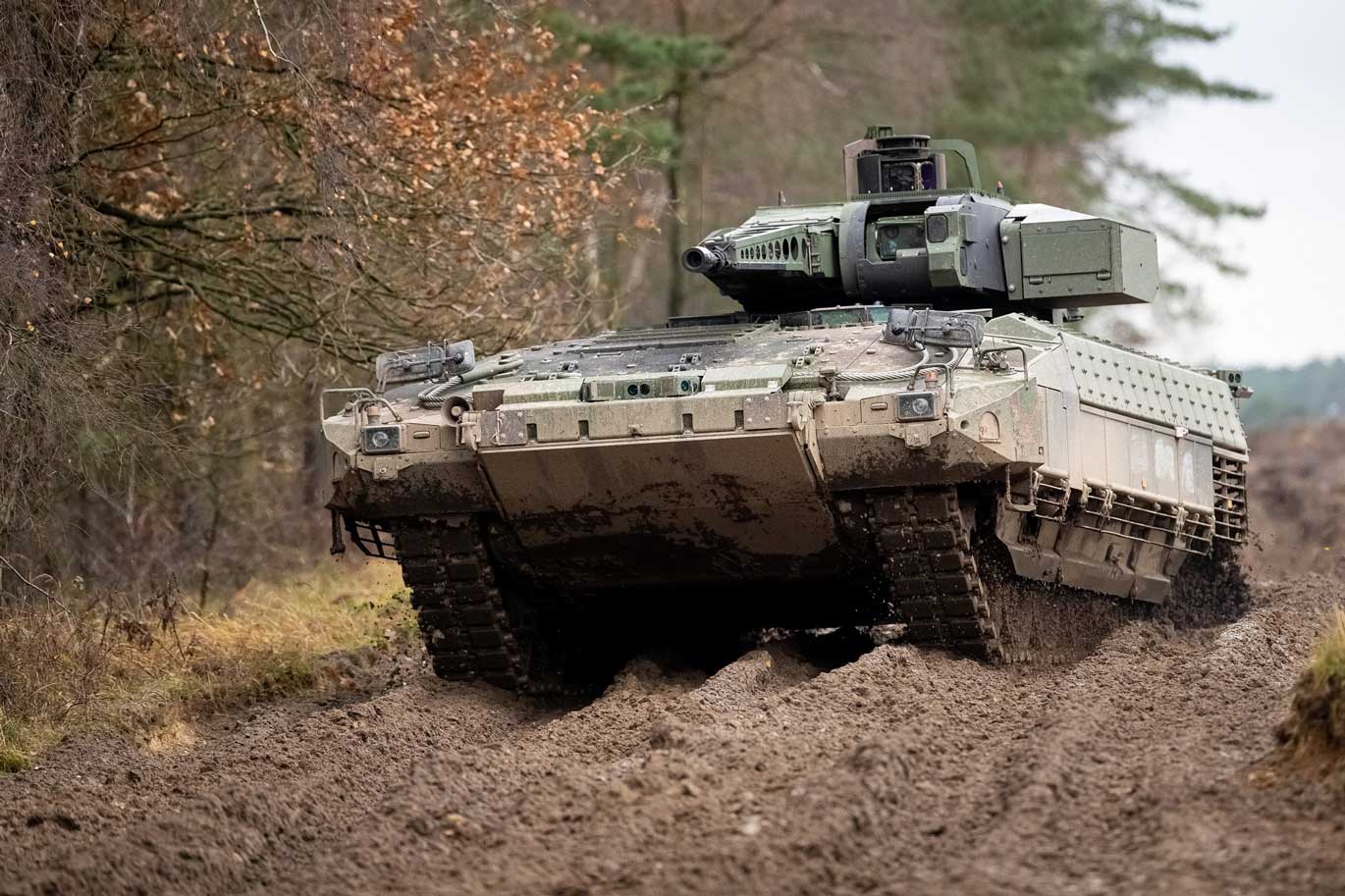 The German Bundeswehr has awarded a billion-euro contract to Rheinmetall and and Krauss-Maffei Wegmann to upgrade the Puma infantry fighting vehicle to S1 design status. The upgrade will bring the first lot of the Bundeswehr’s 350 Puma IFVs up to an operationally ready, fully digitized fleet of infantry fighting vehicles. Work is slated to begin in July 2021 and be completed by 2029.

The initial phase of the order encompasses 154 vehicles, generating sales for the consortium of €1.04 billion. The contract, was issued to the PSM joint venture company, co-owned by Rheinmetall and KMW, by the Bundeswehr Equipment, Information Technology and In-Service Support (BAAINBw) in Koblenz on 28 June. It ontains an option for modernisation of a further 143 Puma infantry fighting vehicles, which would mean additional sales volume totalling €820 million.

In preparation for the NATO High Readiness Joint Task Force VJTF 2023, which will be furnished by the Bundeswehr, 40 Puma IFVs have already been upgraded to S1 status.

The new S1 version of the Puma features standoff-capable effectors like the MELLS multi-role lightweight guided missile system; additional sensors such as the new driver’s vision system; and an improved command-and-control architecture. The parabolic and driver vision system heralds the end of the periscope era. For the first time, the entire crew will be able to “see through” the vehicle's armour, day and night.

The fusion mode combines daylight vision with a high-quality thermal image, enabling early detection of camouflage targets around the clock. The S1 version of the Puma version is the first western combat vehicle, which includes a system of this type as a standard feature.