Force Protection on Show at IDEX

Rheinmetall to showcase force protection solutions, including APS, at IDEX 2019. 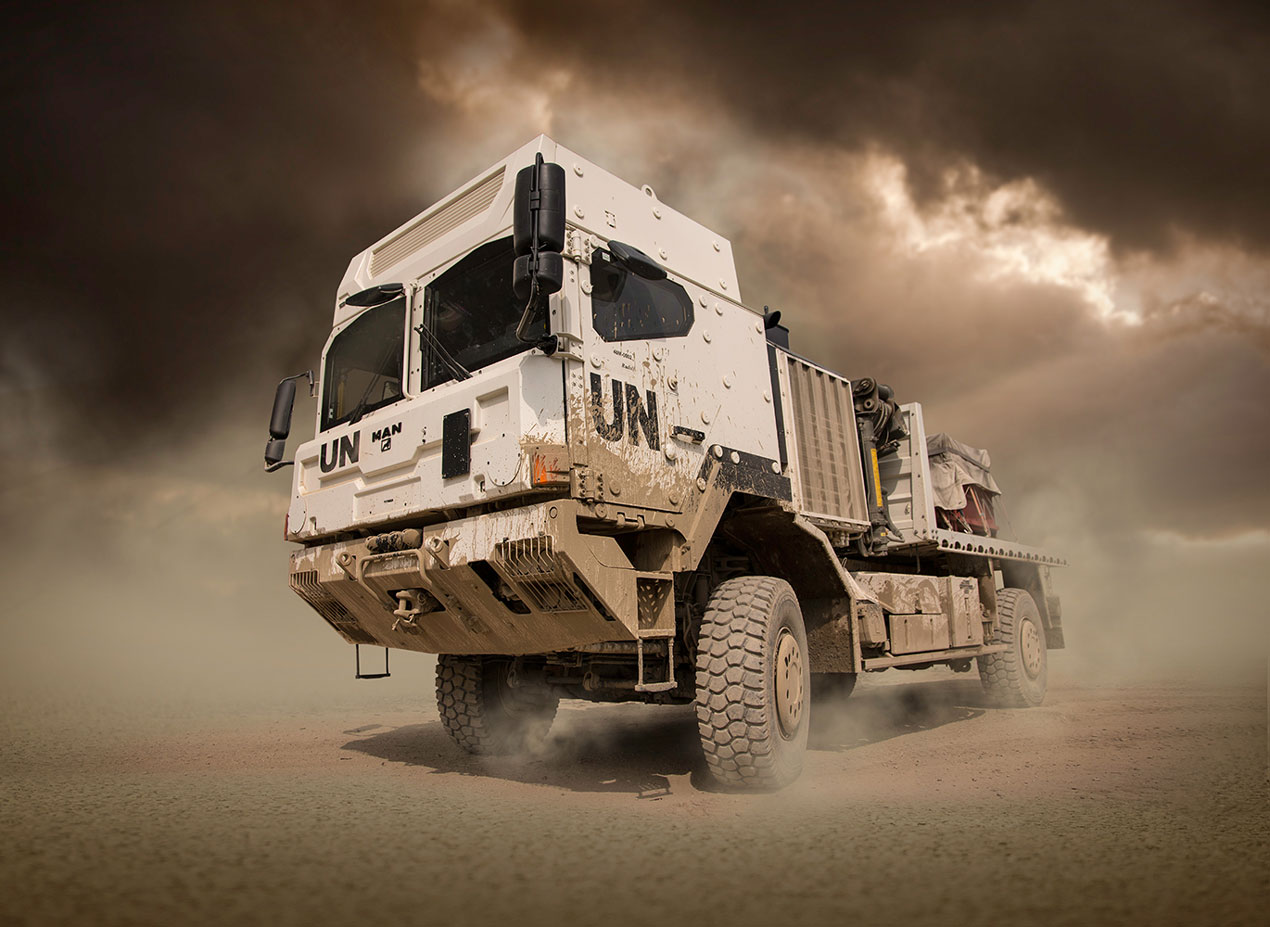 An HX77 truck: Rheinmetall will mount an Oerlikon Revolver Gun Mk3 on an HX77 at IDEX 2019

For the first time ever, Rheinmetall will showcase its new Hybrid Protection Module at IDEX 2019 from the 17–21 February.

The German defence group says it will allocate considerable space at the show to its force protection solutions, which range from hard ballistic inserts for bullet-resistant vests to standoff active protection systems for armoured vehicles.

Rheinmetall's Hybrid Protection Module combines active and passive protection technology, and can be retrofitted to vehicles or deployed in stand-alone mode.

Rheinmetall’s  expertise in the air defence domain will also be on show at IDEX 2019, in the form of its Skynex system. The Skynex configuration on display at Abu Dhabi features the remotely operated, network-capable Oerlikon Revolver Gun Mk3 – mounted on an HX77 truck – bolstered by an X-TAR3D search radar, a Cheetah-guided missile and a high-energy laser effector.

An integrated simulation-based approach — Total Ship Training System — developed by the company for training entire ships’ crews ashore will also be demonstrated at IDEX. The system aims to increase operational readiness and to reduce training costs, while taking into account modern demands for longer sea endurance of the fleet and multi-crew concepts.

On view too at IDEX 2019 are the group’s TacNet tactical management system and Command and Control Software (RC2S), as well as the Argus New Generation and Gladius 2.0 soldier systems.