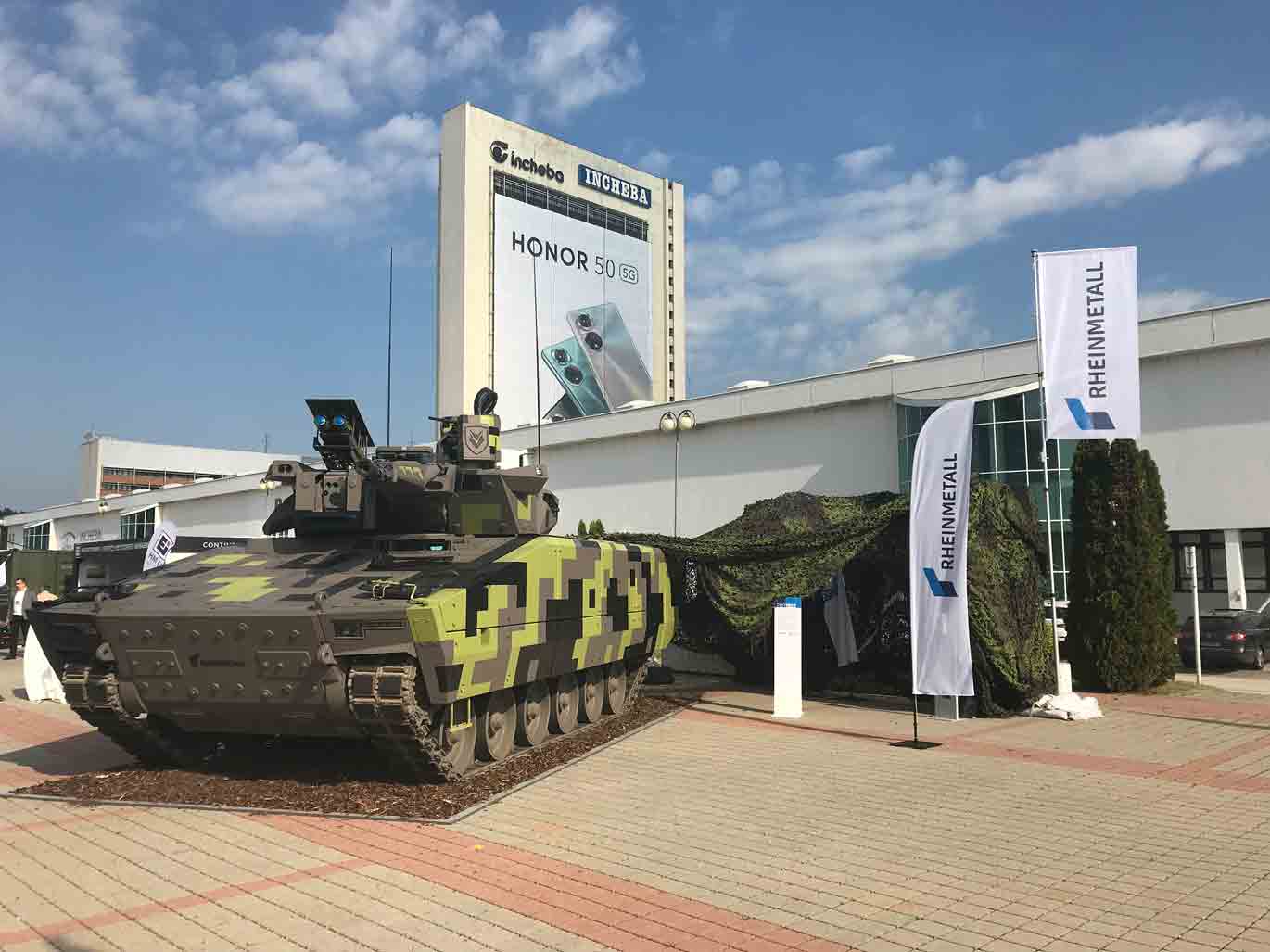 The Lynx IFV at IDEB Slovakia 2021 (Photo courtesy of Rheinmetall)

Rheinmetall takes first step towards establishing a local production network in Slovakia, ahead of competing for the modernisation of Slovakia's Infantry Fighting Vehicle.

The company recently awarded two major contracts worth more than €60 Million to Slovakia's RayService for the delivery of electrical systems for the Lynx IFV. The contract is the biggest ever awarded in the Slovak company's history.

The contracts between RayService and Rheinmetal cover control systems, cable harnesses and lighting systems for the second phase of the Hungarian Lynx KF41 program of the Hungarian Army, a programme which is estimated to be worth more than €30 Million.

Another package of around €30 million is a fixed pre-contract for the deliveries of Lynx IFV to the Slovak Army. RayService components and systems for the Hungarian Defence Forces will be produced in its facility in Skalica, Slovakia and then exported to Hungary. RayService will thus benefit from integration into the Lynx supply chain prior to the actual IFV tender evaluation in Slovakia.

The strategic cooperation ensures region-wide support from RayService for Rheinmetall’s  Lynx IFV platform. RayService contributes to Lynx and other Rheinmetall programmes through the supply of vitally crucial electro and electro-mechanic systems, as well as the localization of third-party equipment including NBC systems, fire extinguishing systems, turret drive systems and tracks and road wheels.

“Besides we are already having an extensive cooperation with RayService for our activities in Germany and the UK, I’m happy that we can extend our cooperation to Slovakia and Hungary and hopefully other countries – like the Czech Republic – in the future,” adds Oliver Mittesldorf, executive vice president of sales for tactical vehicles at Rheinmetall.

Jakub Gabriel, CEO of RayService said its common work with Rheinmetall on the Lynx, included R&D, know-how transfer and lot of prototyping works, which have now paid off in the biggest contract in the company's history. “This will allow us to make further large investments into our facility in Skalica and will secure and generate workload for more than 60 people over the next five years.

Based in Stare Mesto, Czech Republic and Zilina,RayService started working with Rheinmetall back in 2011.