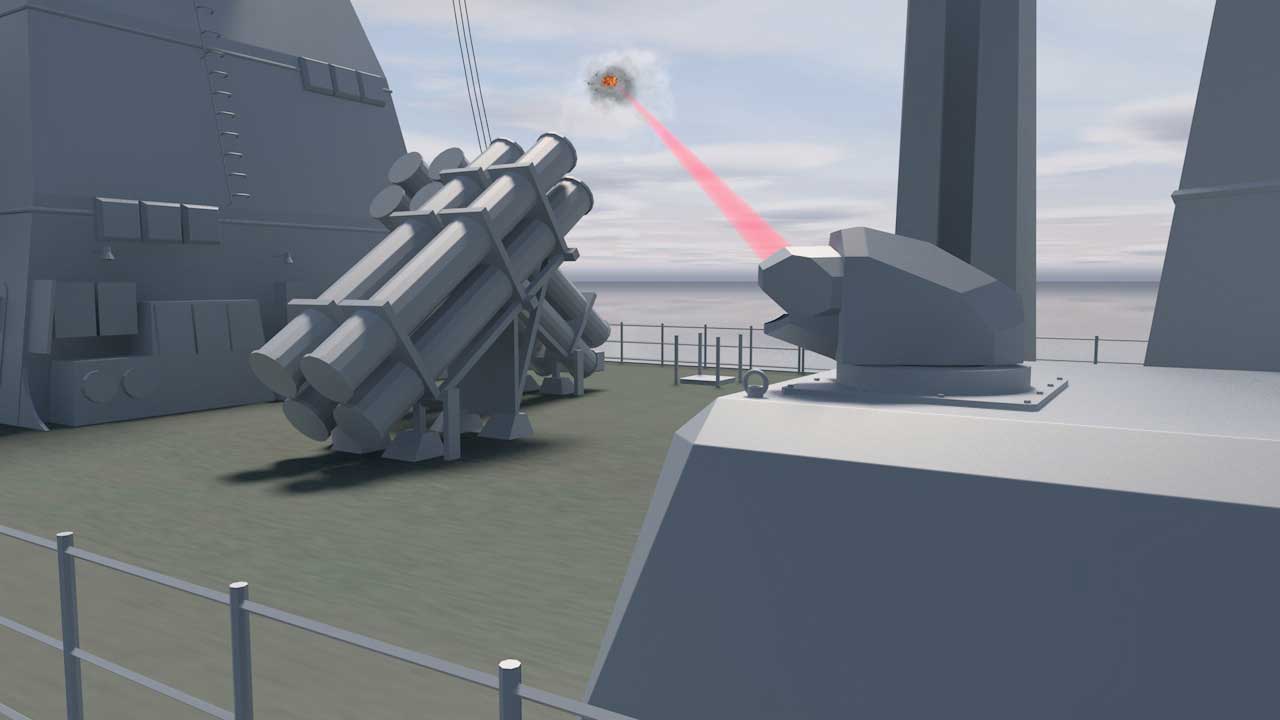 Rheinmetall has completed a successful series of comprehensive trials with a laser weapon station. The weapon station demonstrated its speed and precision in tests conducted in December 2018 in Switzerland at the company’s Ochsenboden test centre near Zürich. The weapon station can be armed with lasers in the 100 kW output power range, and during tests, successfully engaged  drones and mortar rounds overoperationally relevant ranges.

The laser weapon station was combined with a beam director – successfully employed in multiple tests – and high-performance Rheinmetall lasers. It is also designed to be combined with a soon-to-be-available 20 kW laser source also made by Rheinmetall.

Equally suitable for ground, air and naval operations, the assemblies are modular and scalable in design, and can be deployed regardless of the threat situation on military platforms of all types. Rheinmetall says the laser weapon station’s outstanding performance parameters include its extremely accurate mechanical aiming function, coupled with an unlimited, 360° traversing zone and an elevation range in excess of 270°. The system architecture (EN DIN 61508) is closely oriented to the MANTIS air defence system now in service with the Bundeswehr, and also offers interfaces for connecting it to higher-echelon air defence systems.