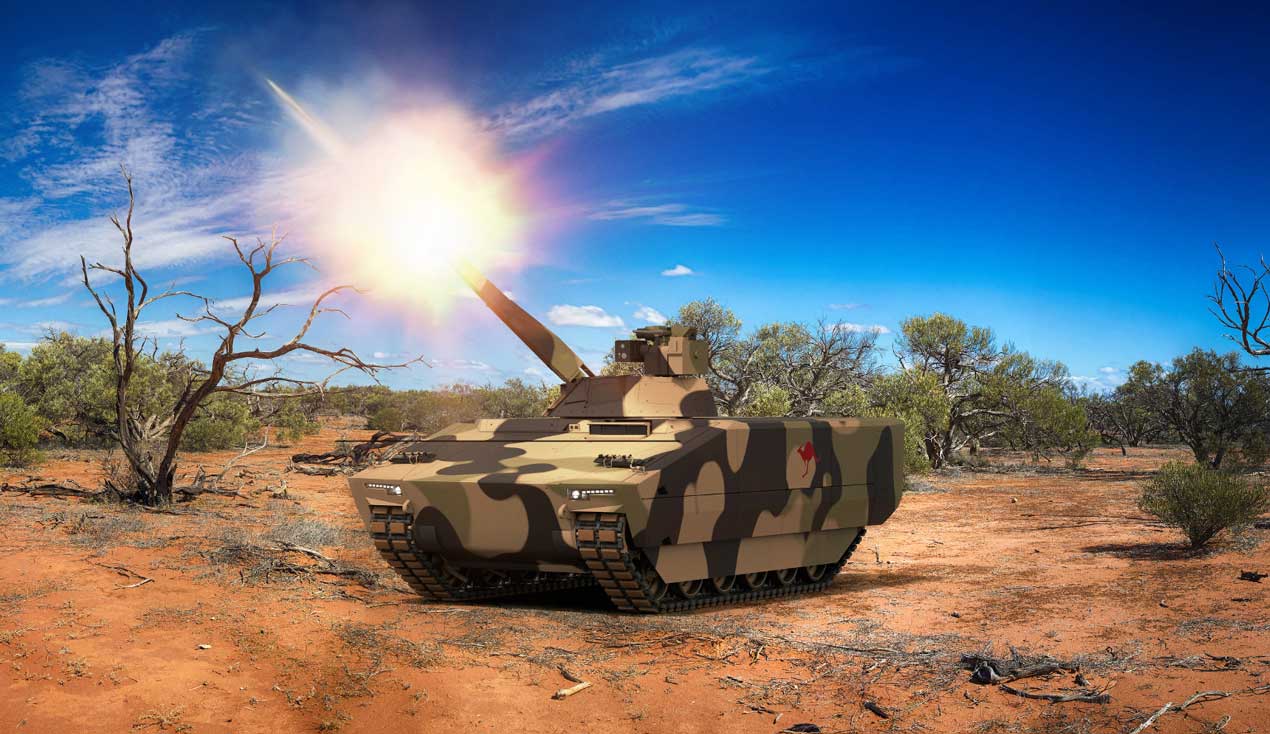 The Lynx with 120mm mortar (Photo courtesy of Rheinmetall)

Rheinmetall has put forward its Lynx Infantry Fighting Vehicle (IFV) with the Lance turret and the Lynx Manouevre Support Vehicle (MSV) for the Australian Army’s Land 400 Phase 3 - Mounted Close Combat Capability Request For Tender (RFT). Under the tender, Rheinmetall has also offered the Army an established and growing network of suppliers across Australia, continued use of its  Military Vehicle Centre of Excellence in Queensland, and a comprehensive support and training system.

Rheinmetall says the Lynx IFV and the Lynx MSV meet the demanding requirements of the Australian Army, NATO and NATO allies. The modular architecture of the Lynx also delivers significant cost benefits, says Rheinmetall, by drawing on its expertise and extensive development of contemporary combat vehicles.

Only two Lynx base vehicle configurations are needed to achieve the nine roles sought under the Australian Army’s RFT, says Rheinmetall. The modular system architecture also covers the four additional roles sought in the Australia Army’s Request for Information, including a mortar variant, a logistics variant, and a protected amphibious Lynx. Lynx provides protection against the full spectrum of threats including blast, IED, direct and indirect fire, cluster munitions, and anti-tank guided missiles.

With enhanced lethality and the mobility of a main battle tank, Rheinmetall says the Lynx will enable the Army to cope with the complex nature of war fighting in diverse environments and against a range of adaptive threats. Rheinmetall’s Global Head of Vehicle Systems, Ben Hudson said: “The significant protected volume within the Lynx vehicle is unmatched in this class and ensures the three crew and a minimum of six dismounts can conduct effective close combat operations while providing unrivalled growth and flexibility for the future.”

If selected for Land 400 Phase 3, Hudson says the Lynx will provide the Australian Army with a future-proof vehicle solution that can rapidly transition into service and be easily supported through life. Rheinmetall’s Boxer 8x8 vehicle was selected to provide the Australian Army’s next generation Combat Reconnaissance Vehicles (CRV) as part of the multi-billion-dollar Land 400 Phase 2 Project,

The Rheinmetall Lance turret is contracted to be delivered to the Australian Army under Land 400 Phase 2, and will be manufactured in Brisbane for the local and export markets. The digital Lance turret provides the crew with sensor systems, advanced automatic tracking and targeting capabilities, and weapon integrated battle management all in a connected and digitally enabled platform.

According to Rheinmetall, this common electronic architecture provides enhanced combat effectiveness for the crew, generating a range of scalable and precise effects to deal with threats on the current and future battlefield. Rheinmetall is creating an enduring Australian capability with the construction of the Military Vehicle Centre of Excellence (MILVEHCOE) near Brisbane. By the time Land 400 Phase 3 is contracted, the MILVEHCOE and its supporting national military vehicle industry network of Australian suppliers will be qualified for all of the common systems and components required for the Rheinmetall Lynx and Lance solution.

Rheinmetall Defence Australia’s Managing Director, Gary Stewart said: “The Australian Army will benefit from the Lynx IFV, which will be designed, built and supported from the MILVEHCOE, with an expanded Australia-wide military vehicle industrial network.”

Components and designs already incorporated into the Lynx platform are supplied from companies located around Australia like Supashock in Adelaide, Cablex in Melbourne, Bisalloy Steels in Wollongong, and Milspec Manufacturing in Albury.