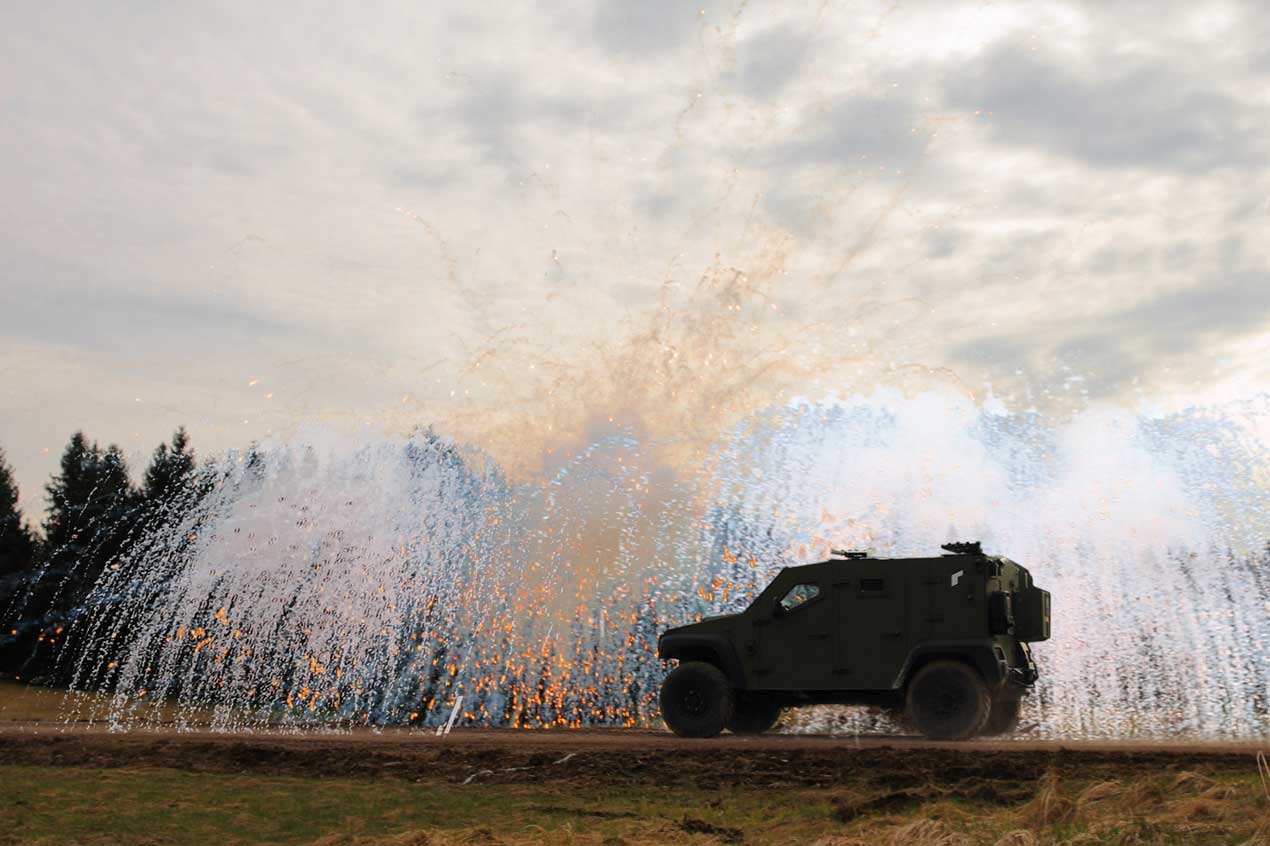 Delivery of 126 systems to Spanish defence contractor URO Vehículos Especiales (UROVESA) is set to commence this month (April 2019). UROVESA will install these systems in 126 out of 139 VAMTAC-protected patrol vehicles purchased by the Portuguese armed forces in July 2018 via the NATO Support and Procurement Agency. Delivery of the systems will be completed by March next year.

Pre-series delivery in response to another order begins in May 2019, this time from Belgium. Here, Rheinmetall is acting as subcontractor for the British company Jankel, which is supplying the Belgian Army with the Light Troop Transport Vehicle, or LTTV. All 199 of the vehicles are being prepared for integration of the system, in addition to the supply of control units and launchers for 167 vehicles. Series production commences in February 2020 and will be complete the same year.

The force protection system is in service in no fewer than 11 countries. ROSY provides protection from surprise attacks by creating a wall of smoke/obscurant that renders vehicles invisible to the enemy. Unlike conventional smoke/obscurant systems, Rheinmetall says ROSY not only produces an instantaneous, extensive, multispectral interruption in the line of sight, but also generates a dynamic smoke screen that provides moving assets with long-lasting protection.

Assuring 360° protection, the system’s multi-mission capability reportedly offers a strong defence against multiple assaults, including stream and wave attacks. Thanks to effective screening measures in the visual and infrared spectrum, including integrated IR jamming and decoying effects, ROSY reliably wards off all TV-, EO-, IR-, IIR-, laser- and SACLOS-guided weapons.

Rheinmetall says ROSY is suitable for all vehicle types. ROSY_L encompasses a basic system consisting of one control unit per vehicle as well as one to four launchers which, depending on the model, can hold two or three magazines each. The modular variant ROSY_Mod lends itself to small weapon stations and small vehicles of the kind used by special forces. ROSY_Mod can be directly and invisibly integrated into the vehicle without a launcher. ROSY_N was specially developed to provide small naval and coast guard vessels with effective protection.