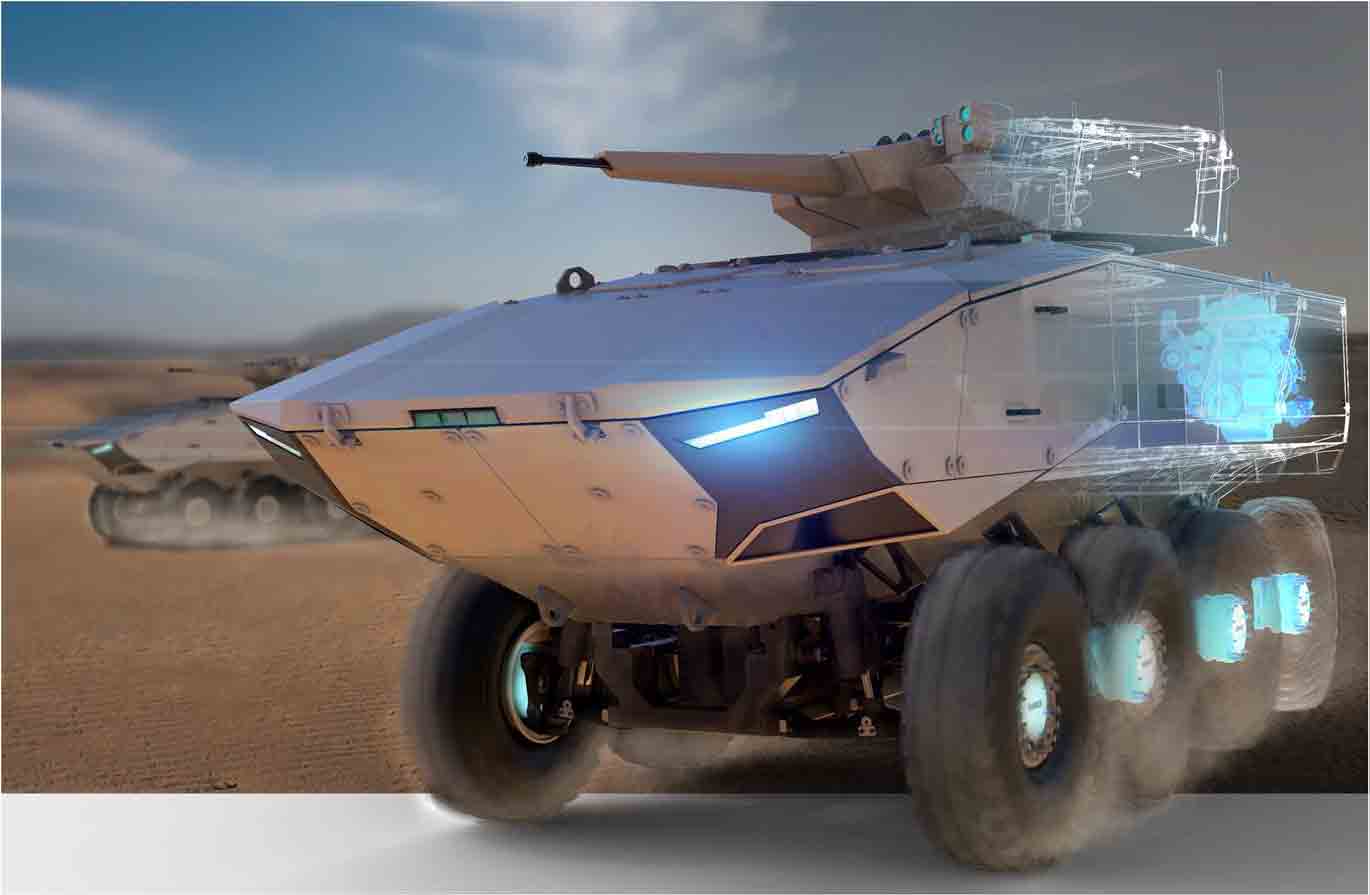 The Terrex 8x8 IFV is a launchpad for UAVs and robots (Copyright: ST Engineering)

Earth to mothership, do you read me? At the this year's Singapore Air Show, ST Engineering will be unveiling a 'mothership' of a different kind.

Is it a bird? Is it a plane? Well, not quite. It is actually, the new hybrid Terrex 8x8 Infantry Fighting Vehicle, which ST Engineering fondly refers to as the 'mothership,' as it serves  as a launch pad for Unmanned Aerial Vehicles (UAV) and robots, as well as the command centre on the ground, where smarter surveillance, target acquisition, reconnaissance, directed energy weapons and newer defence systems can be deployed.

The Terrex is powered by a diesel-electric generator module, high-voltage battery system, and electric drive train, coupled with smart energy management and vehicular controls. It forms part of what ST Engineering is calling its MUM-T fighting Concept, which integrates manned and unmanned systems so combat forces can "sense further and better, manoeuvre with precision and strike lethally and surgically."

The 'mothership' concept refers to the fact that the Terrex can "synthesise information from multiple sources, for example UAVs, as well as serving as a launch pad for unmanned systems, including macro UAVs and robots. ST Engineering says the Terrex can also push information to combat troops on the ground, through  Battlefield Management and Command and Control (C2) Systems.

ST Engineering will also showcase its One Connect+ concept at the airshow, which links up various soldier systems, sensors, as well as manned and unmanned systems to provide a common situational awareness picture of the battlefield.

The Singapore-based firm has also adapted the vehicle cabins of its flagship Bronco All Terrain Tracked Carrier for the public security and commercial sectors. The cabins have been configured for firefighting and Humanitarian Assistance and Disaster Relief (HADR) operations.