Supacat's Light Weight Recovery Vehicle is Put through its Paces 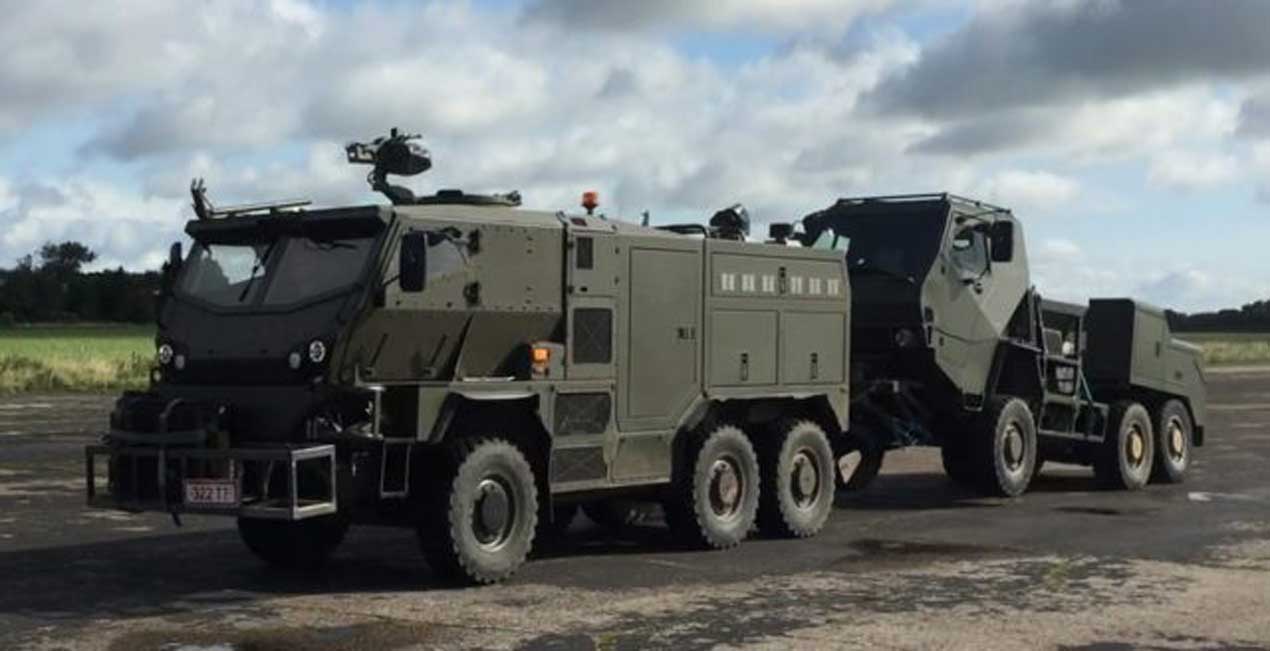 The trials have been carried out at Supacat's test facility and by the Combat Service Support Trials & Development Unit. The next phase of development trials will commence in October and continue throughout 2019.

The HMT LWR was developed by Supacat to fill a capability gap to recover vehicles operating in hard-to-access urban and rural locations as required by the UK Ministry of Defence’s Light Weight (Air Portable) Recovery Capability (LW(AP)RC) programme.

The vehicle was initially unveiled at DSEI 2017 last September.  Supacat says the 6x6  offers high levels of agility, off-road performance and design features such as the variable height air-suspension system and a battle-proven engine and drive line. Blast and ballistic protection are built into the chassis.

In conventional mode, the HMT LWR recovery system lifts a maximum recovered vehicle axle mass of 3.8 tonnes, which in `Supalift` mode increases to 6.1 tonnes (specification based on recovering an HMT 400 `Jackal 2`). `Supalift` technology is based on the principle of distributing the weightof the casualty vehicle more evenly over the recovery vehicle.

Designed by Supacat, the HMT product is manufactured under licence from Lockheed Martin.