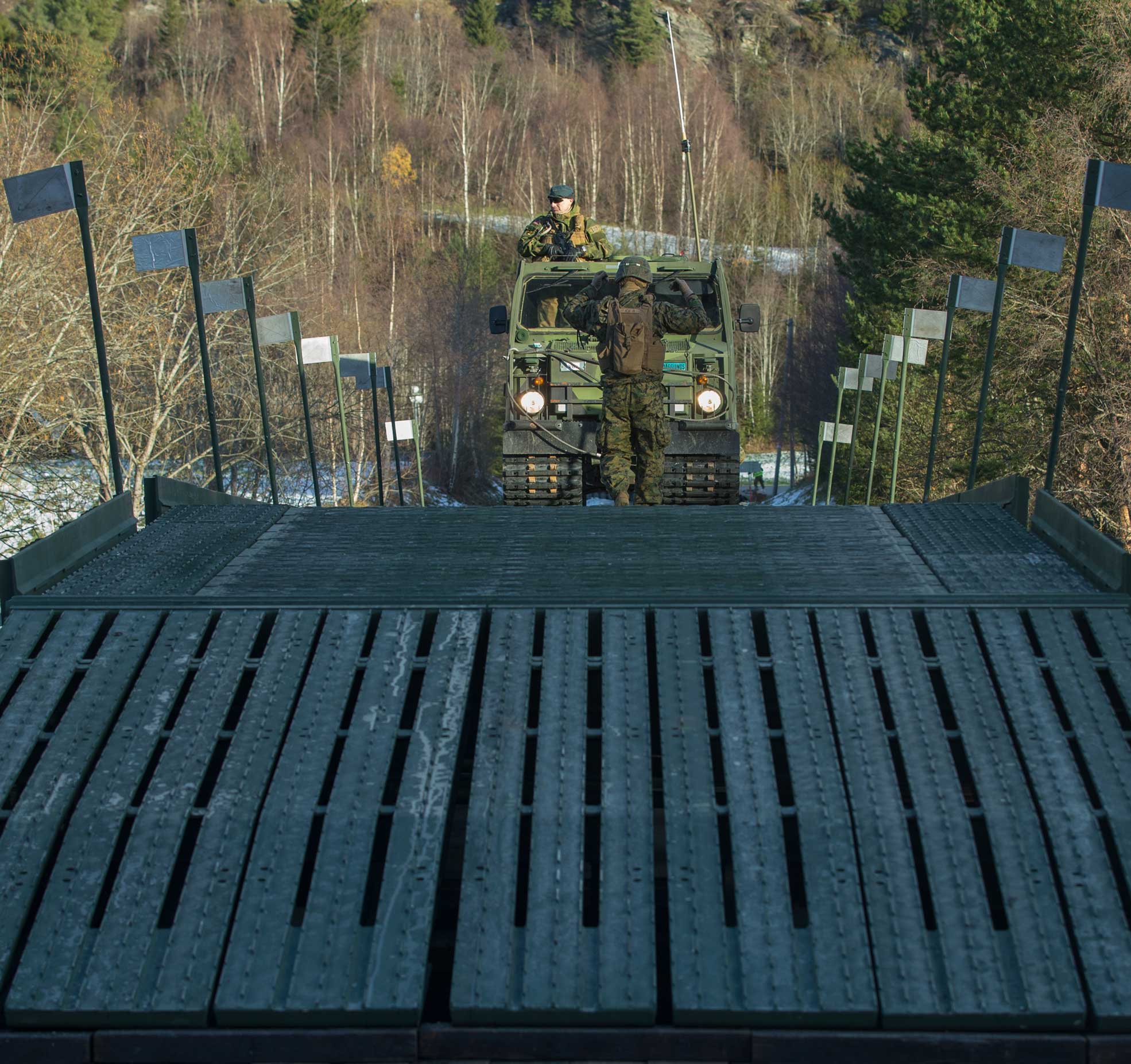 (Photo by US Marine Corps)

WFEL has won a contract worth more than £46 million for the supply of Medium Girder Bridges (MGB) to the UK Ministry of Defence's new Strike Brigades. The contract will be fulfilled by December 2025, with the first two bridging sets delivered to the UK MoD by next December.

A review of the MoD’s modular gap crossing capabilities, which aimed to draw together existing in-service capabilities into a single coherent capability, resulted in the contract being awarded.

The 17 new MGB bridging sets to be provided by WFEL can be configured in several different ways to provide flexibility to commanders on the ground. Configurations include concurrent deployment of both a 31-metre double-storey and a five-bay single-storey version.

The bridging systems will be deployed by the Royal Engineers and can be used in both military operations and emergency disaster relief scenarios.

“The MGB will provide light-weight medium gap capability to Very High Readiness forces and will form a significant element of the STRIKE Brigade’s manoeuvre support capability,” said Major Tom Exelby, of the Royal Engineers.” MGB was chosen for its versatility and deployability to meet the challenges of the future integrated operating concept.”

With over 500 systems already supplied to militaries around the world, the MGB is a modular military bridging system, providing interoperability with any other MGB of any age and is already adopted by many NATO members. MGBs were deployed jointly by US Marines and US Navy Seabees in Norway during Exercise Trident Juncture 2018, in one of the largest NATO exercises in recent times.

In 2018, the Australian Defence Force took delivery of several new MGBs, under its Land 155 programme, replacing those previously in service for more than 30 years. The ADF chose double-storey, link-reinforced Medium Girder Bridge variants, spanning up to 49 meters, supplemented by additional portable Pier and Span equipment, allowing bridges of up to 76 meters to be constructed. MGB Walkways were also supplied, ensuring the bridges could be used in any civil emergency or disaster relief situation.

Land 155 also saw delivery to the ADF of WFEL’s 46-metre 120 MLC DSB Dry Support Bridges, which can be launched by just eight personnel within 90 minutes. The DSB allows a level of inter-operability with an ever-growing user base, proven in the field as temporary infrastructure in Iraq and Afghanistan.