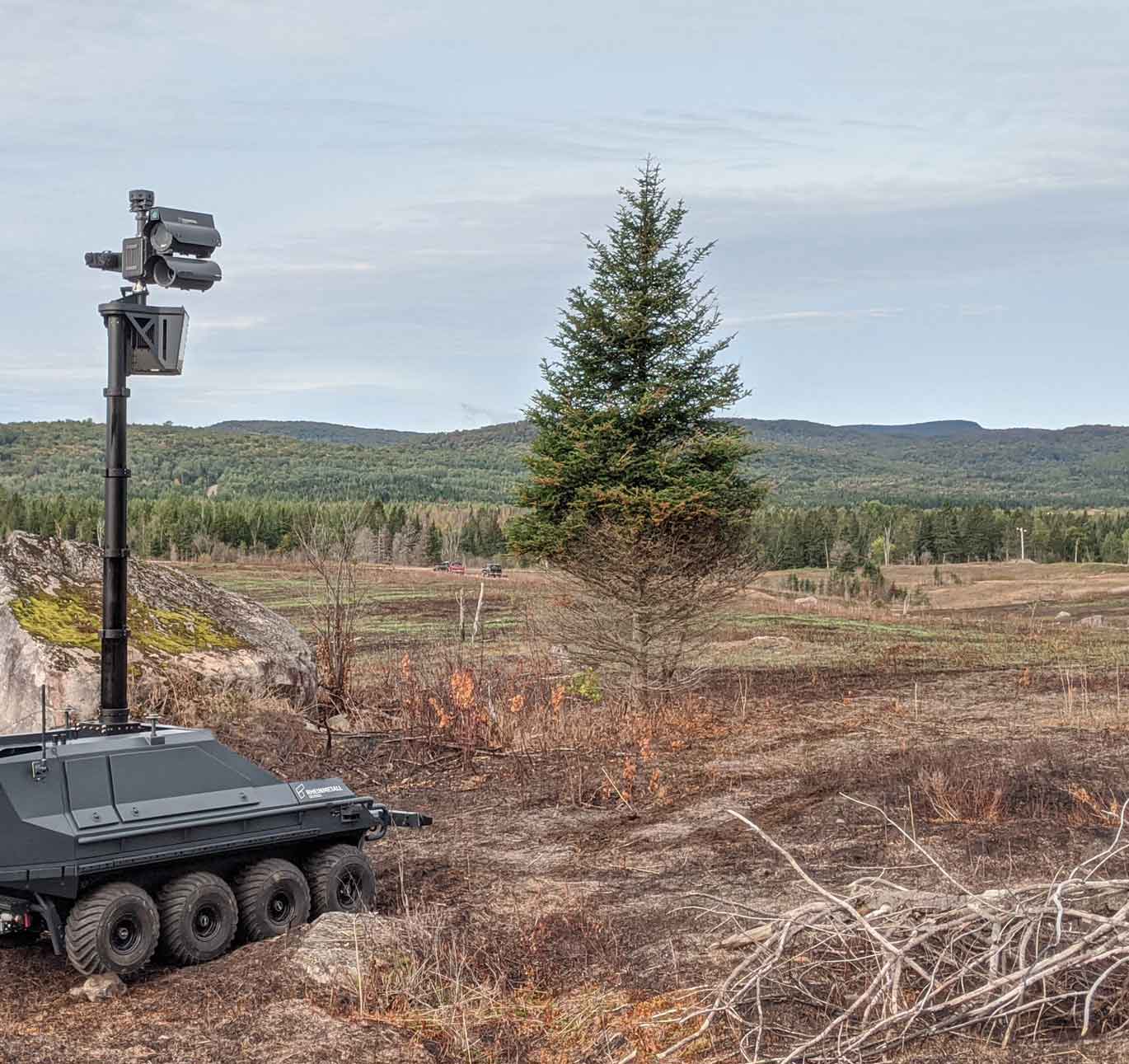 The UK Ministry of Defence has ordered ISTAR and cargo configuations of Rheinmetall's Mission Master unmanned ground vehicles for the final phase of its Robotic Platoon Vehicles (RPV) programme, according to Rheinmetall.

The UK had procured a total of eight Mission Master vehicles in previous phases of the programme. The Rheinmetall Mission Master SP is part of the Autonomous Unmanned Ground Vehicle (A-UGV) family developed by Rheinmetall Canada.

The new order, placed in January 2022, is scheduled to be fully delivered by the end of August this year. It includes comprehensive training, support services, and spare parts. Rheinmetall Canada is the prime contractor, working in cooperation with Rheinmetall Provectus, its Ottawa-based robotics branch.

The Mission Master SP is a low-profile A-UGV designed to stealthily follow soldiers anywhere. It has a low-signature electric motor, silent drive mode, and compact profile to escape detection under threat and is powered by the PATH autonomy kit (A-kit), an autonomous suite of advanced sensors and perception algorithms, which allows the vehicle to find the safest routes through dangerous environments and challenging terrain, and to complete its missions seamlessly.

The Mission Master SP – Surveillance comes equipped with an ISTAR payload, which supports forward and last-mile resupply missions, performs silent watch operations, and carries payloads. Built to optimize situational awareness, the ISTAR module’s array of sensors can be easily swapped depending on mission objectives. These sensors provide target detection, recognition, and identification at long ranges, regardless of weather and lighting conditions. They also facilitate early warning and identification of chemical threats in the event of chemical warfare.

The ISTAR module is fitted on top of an improved version of the Mission Master SP vehicle. Feedback from customers and lessons learned from trials have been the main drivers for these improvements. For instance, the drivetrain and frame are more rugged and more accessible to ease maintenance operations. In addition, the Mission Master SP platform now includes a diesel generator that can be used on extended missions.

The Mission Master SP – Cargo, is designed to reduce soldiers’ combat load, hence improving mobility and efficiency. The robust A-UGV can transport supplies, tactical kits, and medical equipment either independently, in follow-me mode, or in convoy mode with other Mission Master vehicles.

The 'wolf pack' consists of a team of Mission Master vehicles working together to accomplish missions ranging from surveillance to target position transfer and slew-to-cue. Rheinmetall says Mission Master units can communicate with one another using advanced artificial intelligence capabilities to maintain rich situational awareness.

The 'wolf pack' is remotely managed by a single operator, who can focus on a successful mission outcome rather than on individual UGV tasks. This unique capability is enabled by the Rheinmetall Command and Control Software.

While the delivery of Spiral 3 will mark the end of the RPV Programme, Rheinmetall Canada intends to continue its involvement in the UK’s experimentation with robotic vehicles at the newly formed Expeditionary Robotic Centre of Expertise (ERCoE), which brings together key defence robotics and autonomous systems projects under one focal point of knowledge. The ERCoE was jointly launched with Future Force Development in Army HQ and is aligned to their Robotics and Autonomous Systems Strategy.