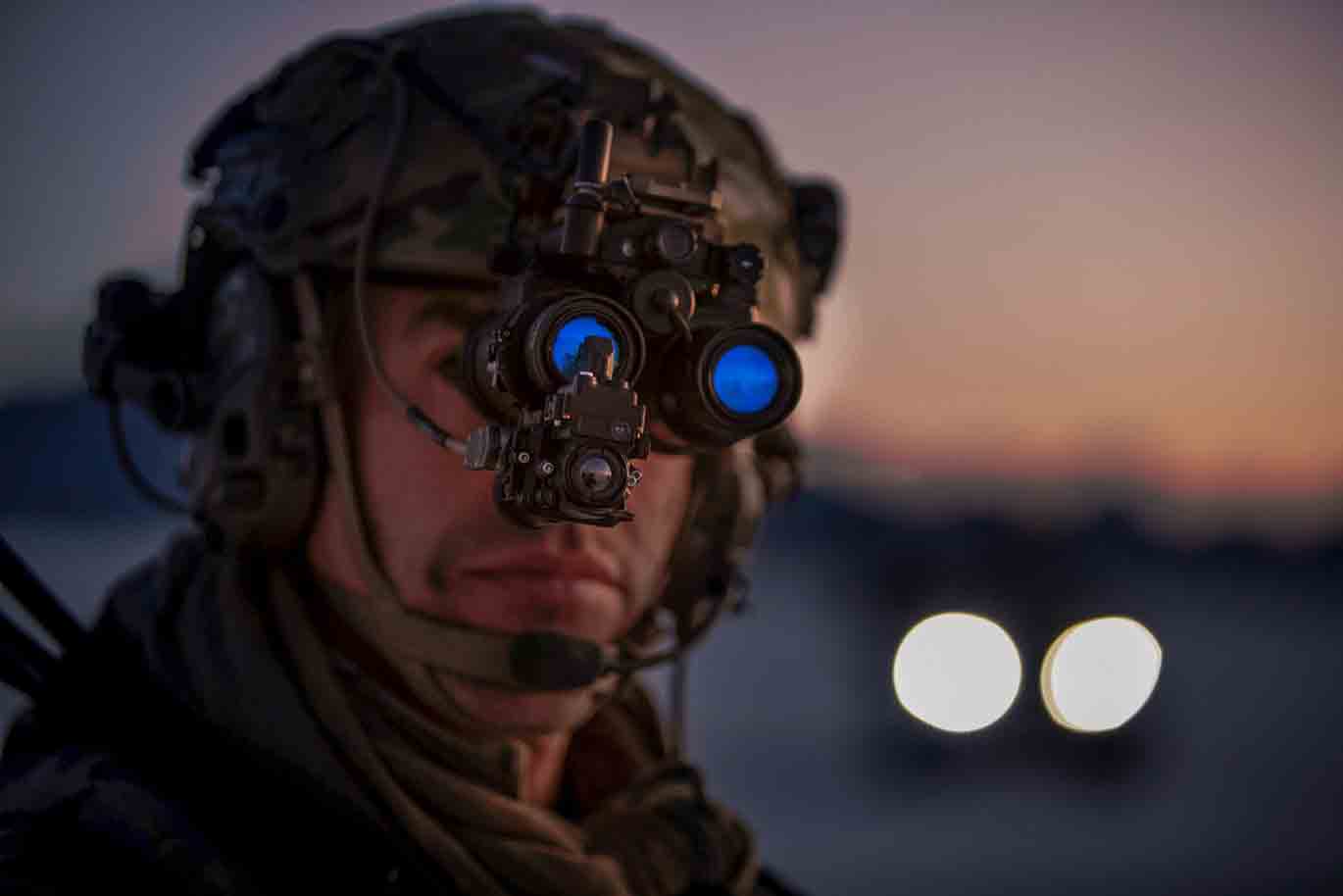 The US Marine Corps have placed an additional order worth $49 million with Elbit Systems America for the Squad Binocular Night Vision Goggle (“SBNVG”). The order will be supplied through September 2023.

This additional order is part of a $249 million five-year Indefinite Delivery Indefinite Quantity (IDIQ) contract, which was first awarded back in September, 2019.

The USMC evaluated the SBVNG in 2020 with three scenario-based exercises. During one exercise, a group of Marines converged upon an Urbanized Terrain training facility to evaluate the SBNVG in low-light conditions, according to an article posted on the USMC's website.

The environment mirrored the sights, sounds and smells of a Middle Eastern town.

Some participants donned CBRN protective equipment and helmets with the SBNVG attached. Others served as role players dressed in attire specific to that region of the world.

At sundown, Marines participated in a scenario during which they leveraged the SBNVG to scan multi-level buildings to secure a position, rescue friendlies or capture hostile targets.

“This was my first time using binoculars as night vision goggles,” said Sgt. Chris Kozak, a Warfighting instructor at TBS. “The ability to see out of both eyes at night is beyond comparison with what we currently use.”

According to Ruth Stewart, the Marine Corps System Command’s project officer, “The SBNVG provides capabilities that increase the survivability and lethality of our Marines.”