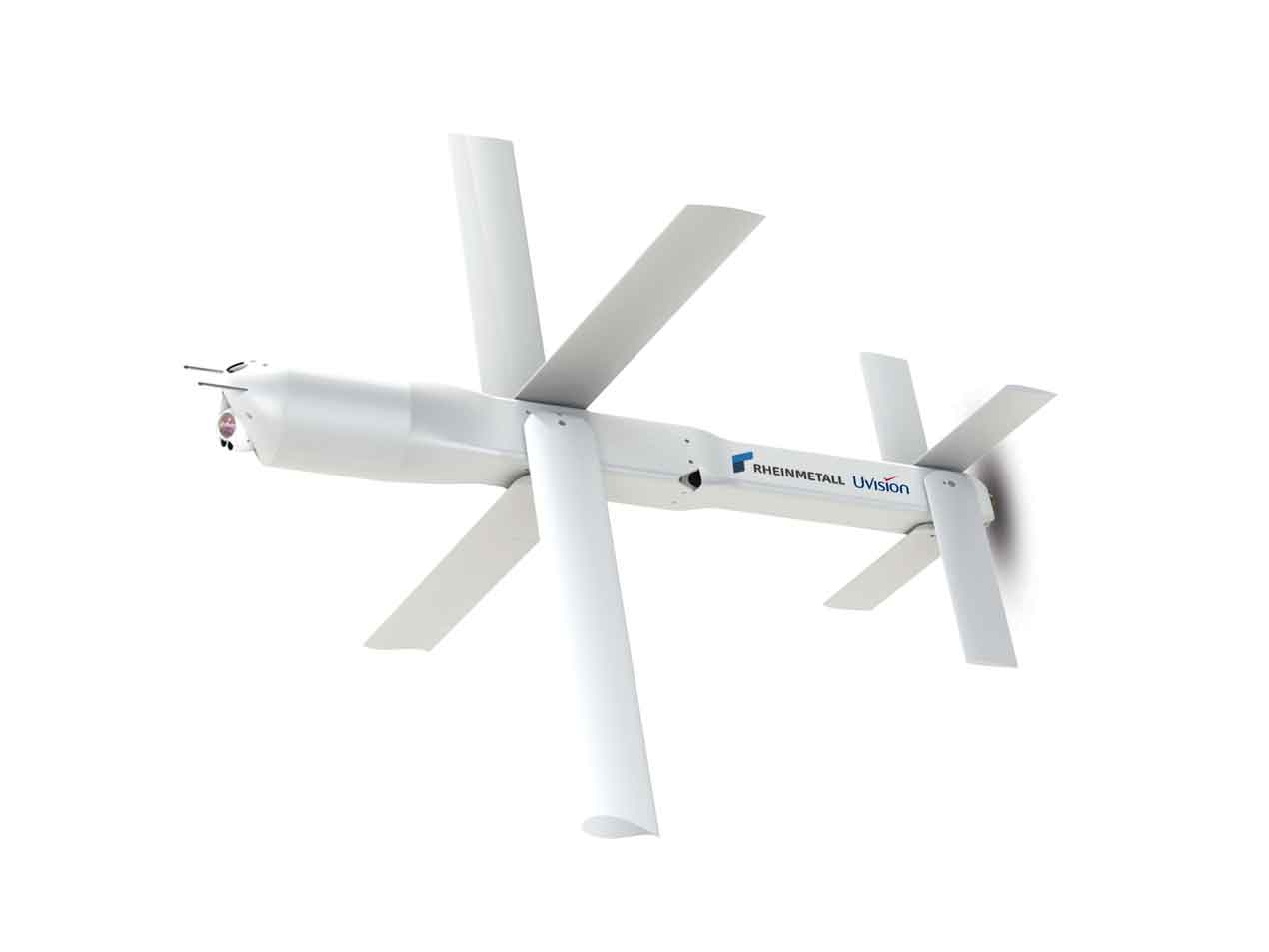 Uvision's Hero family of loitering munitions will be made available to European armed forces after the Israeli company signed a strategic partnering agreement with Rheinmetall.

The combat-proven Hero series used by Israeli Defence Forces will be integrated into Rheinmetall’s portfolio of manned and unmanned vehicle platforms, launchers, battle management systems and armoured vehicles such as the Lynx.

Rheinmetall will take the industrial, technological and commercial lead for enhancing the capabilities of the weapon system; UVision will make available the Hero loitering munitions, based on in-depth technological expertise and operational experience.

These advanced munitions can loiter in the air in a clandestine manner for an extended period of time; locate and track the enemy; help to validate targets; and carry out a precise strike.

The Hero system can abort an attack in mid-air; re-enter loitering mode; and then resume the attack, or re-assign targets, thus minimising collateral damage and providing operational forces with unsurpassed tactical flexibility on the modern battlefield.

"Entering the market for loitering munitions is an important strategic step for us”, notes Dr Alexander Sagel, head of Rheinmetall's Division Weapon and Ammunition. “In doing so, we are systematically pivoting to meet changing customer requirements and growing market demand. Together with UVision, we will be offering products made in Europe for the European market to address growing European demand. With this partnership we aim to occupy the leading position in Europe. Building on our mutually reinforcing capabilities, we will also establish a strong foundation for developing new products together.”

For Major General (ret.) Avi Mizrachi, UVision's CEO, integrating its loitering munitions into Rheinmetall's vast portfolio of munitions, warheads, combat platforms and battle management systems, means it can now offer European and other allied armed forces a much broader and more complete set of solutions for their defence needs.