Unmanned Loitering Munitions For US Army 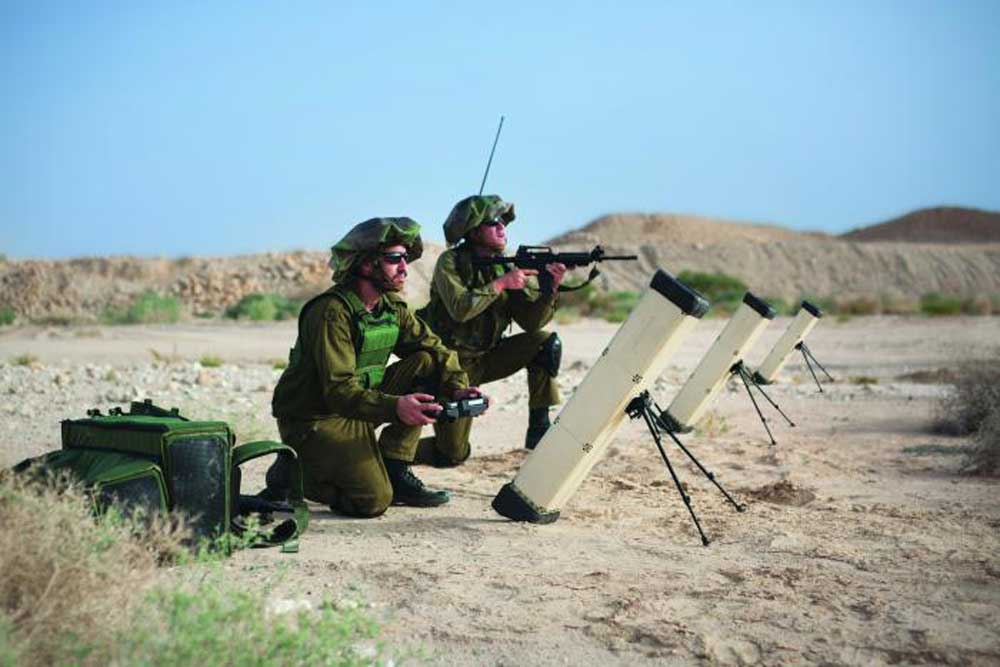 Loitering munitions, otherwise known as "kamikaze drones", can hover over a target before striking (Photo by UVision Air)

One of the systems that will be evaluated by the US is UVision Air's Hero-30, which is the smallest system in its family of smart loitering systems.

The Israeli company has put forward a derivative of its Hero-30 system for the US Army's Lethal Miniature Aerial Missile Systems (LMAMS), which will use a small, man-portable loitering munition  to combat non-line-of-sight targets such as snipers and enemy combatants planting IEDs.

The US Army plans on purchasing 25,000 loitering weapon systems over a 15-year period. According to the contract, if the Hero-30 is selected, Raytheon will serve as the main contractor.

The special derivative of the Hero-30 loitering weapon system developed for the LMAMS will be lighter and will carry a smaller warhead. The current version of the Hero-30 weapon system weighs 3 kg and is carried in a canister, which is used also as a pneumatic launcher. After launch the electric motor is turned on.

The Hero-30 is equipped with a day/night sensor and has an endurance of 30 minutes, which UVision is working on extending. After the Hero-30 is launched, it locks onto the predesigned target and transmits video to the operator's hand-held unit.

The Hero-30 loiters at altitudes between 300 and 600 meters above the ground. The data link can control the system in ranges of 5 km to 10km, or 40 km depending on the antenna used.

UVision recently developed a new launcher for the Hero-30, which the company says offers reduced system weight, greater safety and ease-of-use during launch, and it can be easily mounted on military platforms. Its pneumatic launch, low noise and low thermal signature make the Hero-30 an invisible, high-precision surprise and lethal attacker, providing a major asset to fighting forces.