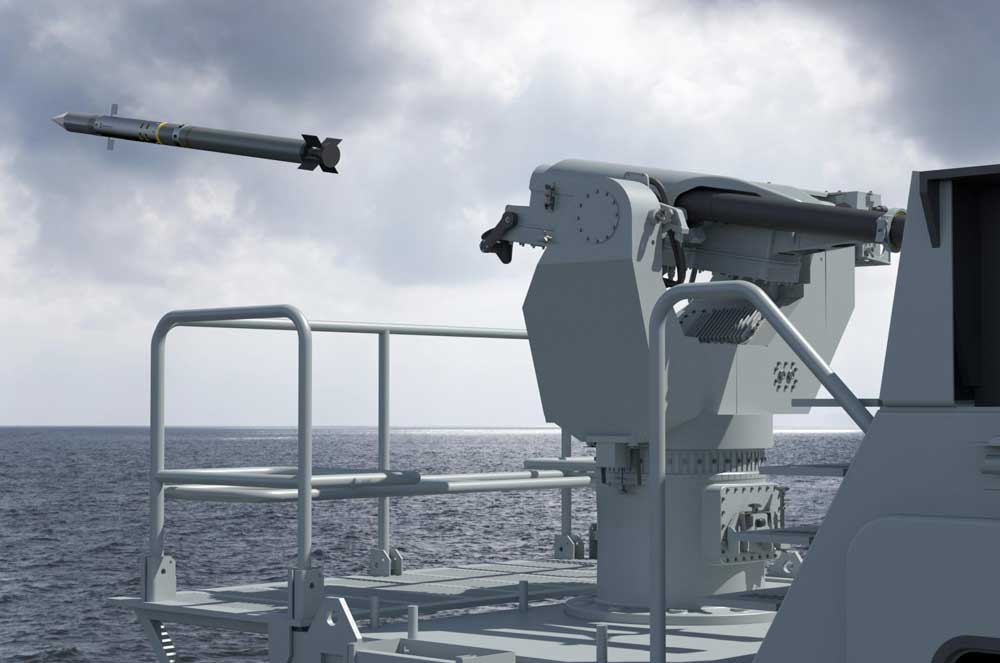 At NAVDEX 2019, MBDA will present the SPIMM (Self-Protection Integrated Mistral Module) all-in-one air defence module based on the SIMBAD-RC system and designed to equip ships of all types, particularly those without a combat system (such as supply ships).

The SPIMM module consists of a SIMBAD-RC automated naval turret equipped with two ready-to-fire Mistral missiles and a 360° infrared panoramic system to detect and track air and surface threats. The system is entirely controlled by two operators located in a shelter inside the module, which is also used to store four additional missiles. This ISO standard “all-in-one” module, 10 feet long and weighing some 7 tons, can be easily positioned on the deck of a ship using a crane, and requires just a standard electrical connection.

Designed to protect surface vessels against most conventional airborne threats (anti-ship missiles, combat aircraft, helicopters and UAVs), the SIMBAD-RC and Mistral demonstrated, at the end of last year, its ability to neutralise asymmetric threats such as Fast Inshore Attack Craft (FIAC) by day and by night.

The SPIMM enables the urgent and rapid adaptation of supply vessels or landing platform docks to cope with new threats, or for using them in contested areas,” says Naval Defence Systems Product Executive Christophe Leduc. “This system illustrates MBDA's ability to understand its customers' needs and to quickly come up with effective and functional solutions.”