Belgian and Dutch Navies Opt for Hybrid Approach to Mine Hunting 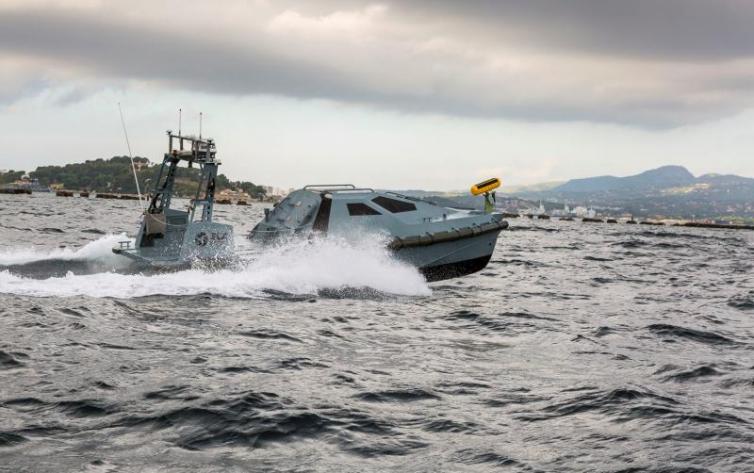 The Belgian and Dutch navies have opted for a hybrid approach for upgrading their mine countermeasure capabilities by opting for new minehunter vessels equipped with a 'toolbox' of unmanned systems (USVs, UAVs and ROVs).

The Belgium Naval & Robotics consortium, composed of Naval Group and ECA Group, will supply 12 mine hunting vessels equipped with drone systems to the Belgian and Dutch navies. Equipped with around 100 drones, constituting approximately 10 drone systems (toolboxes), six ships are destined for the Belgian Navy, while the remaining six will be delivered to the Dutch Navy.

The contract, worth nearly €2 billion, will last 10 years. Following an initial three-year design phase, Belgium Naval & Robotics will launch the production phase of the ships and drone systems with the first delivery expected in 2024.

Naval Group will offer a 2800-ton militarised ship specialised in mine warfare with military characteristics (acoustic and electromagnetic discretion, shock resistance) perfectly adapted to the operational use targeted by the Belgian and Dutch navies. The vessel incorporates an implementation and recovery system for ECA Group's Inspector 125 unmanned surface vehicles (USV).

The unmanned systems on board the vessels are the latest generation of drones developed by ECA Group over the past four years. They are integrated into the C2 MCM Umisoft system connected to the Naval Group's I4drones® system to form the mine-warfare mission system integrated into the ship's combat system. The solution includes A18-M autonomous underwater vehicles (AUV), T18-M towed sonars and Mine Identification & Destruction Systems (MIDS) composed of SEASCAN and KSTER-C remotely operated vehicles (ROV). All these drones can be operated autonomously from the USV Inspector 125. Unmanned aerial vehicles (UAVs) and dredgers are also included.

The programme provides for the supply of drone systems that can also be projected. Containerized and equipped with handling and communication systems, mine-hunting drone systems can be airlifted and deployed directly from the coast without a ship.

The co-operation plan already includes 39 Belgian partners, which is expected to increase to some 50 agreements. The drones will be produced by ECA Group in Belgium. Similarly, Naval Group expects a significant number of additional sales of mine-hunting vessels in the near future.