Strategic co-operation between EDGE Group and Ukrainian companies could result in $1 billion of investments. 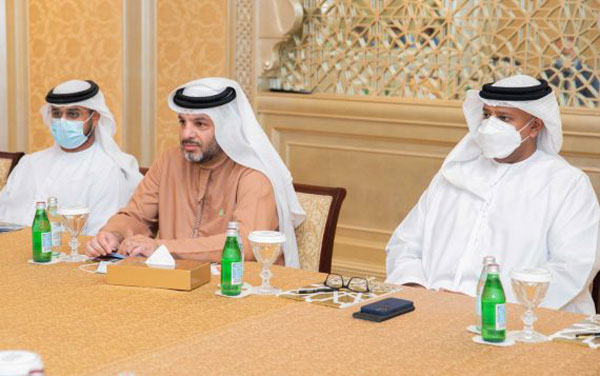 The UAE's EDGE Group and Ukrainian state-owned defence conglomerate UkrOboronProm, and Ukrspecexport, an arms trading company, have signed a co-operation agreement, which could result in more than $1 billion worth of investments.

The agreement will allow the three entities to exchange and develop advanced technologies. Faisal Al Bannai, CEO and Managing Director of EDGE, Yuriy Husev, Director General of UkrObornProm, and Vadym Nozdria, Director General of Ukrspecexport, inked the agreement in the presence of representatives from all parties. The signing took place at Emirates Palace, Abu Dhabi, during an official visit by the President of Ukraine, Volodymyr Zelensky, to the UAE.

“EDGE places a strong emphasis on joint development and collaboration,” stated Al Bannai. “Signing this tri-party agreement demonstrates our intent to co-operate with leading international companies within the defence industry. We are excited about the opportunities for the UAE and Ukraine to collaborate, exchange, and mutually benefit from one another’s military and technical capabilities.” Ukrspecexport said it would offer the best technologies available in Ukraine as well as embark on ambitious joint development programmes.

UkrOboronProm is a Ukraine state-owned defence conglomerate which was established in 2010. Today, it unites more than 100 companies in five major defence industry sectors, particularly in armament and military equipment development and manufacture, scientific research and export-import operations.

EDGE is an advanced technology group for defence that was established in 2019. Last year it became the first Middle East company to be ranked among the top 25 military suppliers in the world by the Stockholm International Peace Research Institute. 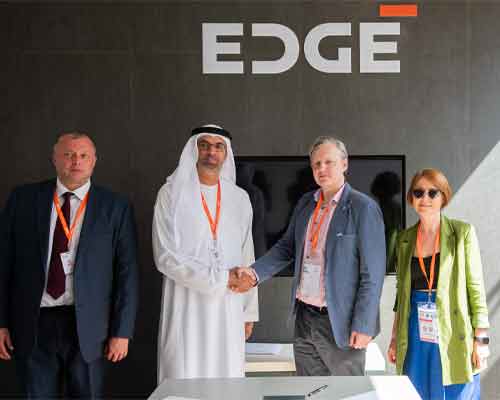