Anti-ship missiles for French and British Navies notches up another significant milestone. 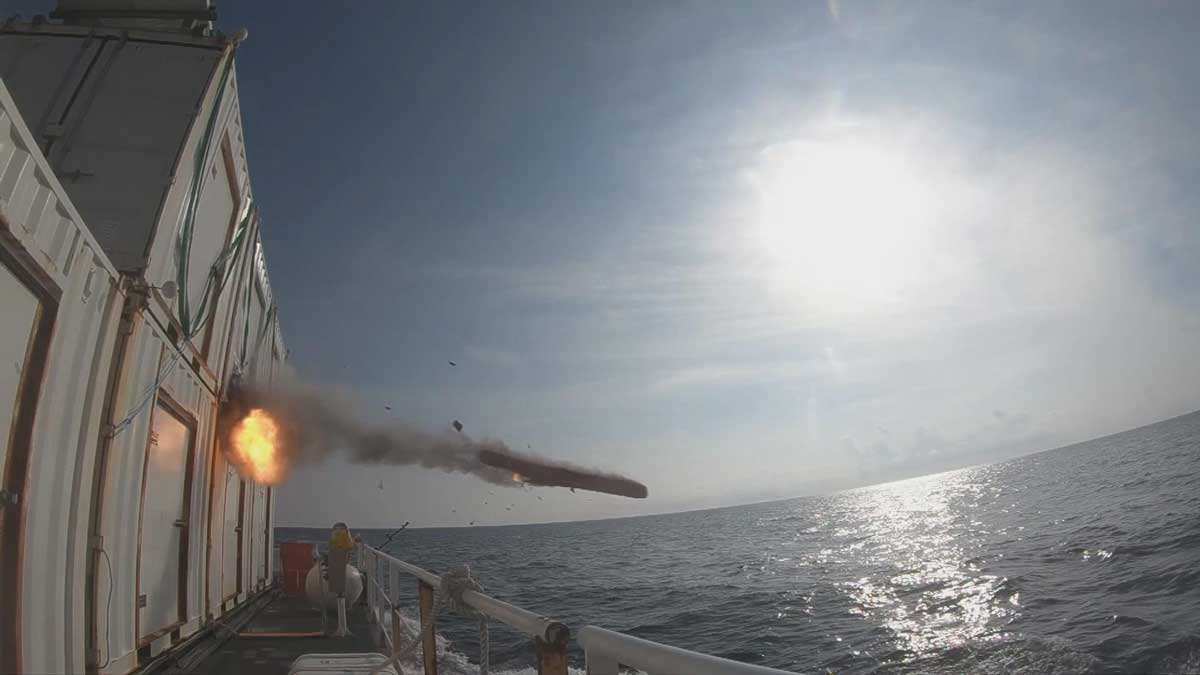 The first qualification firing trial of the UK and France's Sea Venom/ANL anti-ship missile was carried out at the DGA Essais de missiles (DGA EM) test site at Ile Du Levant on 20 February 2020. The latest milestone marks another significant milestone for the Anglo-French co-operation programme.

The missile was launched from a Dauphin helicopter close to the minimum release height, reaching its cruise phase whilst sea skimming at very low height. During its terminal phase, the aircrew used images from the infrared seeker—transmitted via a datalink—to perform a successful manual aim point refinement. The missile then followed this designated point until hitting the target with, what MBDA describes as “a high degree of accuracy.”

This latest firing builds on two previous ones that tested the missile to the very edge of its capability. The previous firings demonstrated Sea Venom/ANL’s lock on after launch (LOAL) and lock on before launch (LOBL) capabilities. MBDA says they also validated its low-altitude sea-skimming flight and its autonomous guidance capability using images from its uncooled imaging infrared (IIR) seeker.

The UK and France are jointly developing Sea Venom/ANL under a programme launched at the 2010 Lancaster House Summit. It is the first programme to take full advantage of, shared centres of excellence on missile technologies created within the Anglo-French missile industry under the "One Complex Weapons" initiative,  a move that provides significant benefits to both nations.

Sea Venom/ANL is a purpose-built anti-ship missile for the French and UK navies’ shipborne helicopters, and is suitable for a wide range of platforms.   It safely engage shostile vessels amongst civilian assets, even in congested littoral environments and is designed to defeat a broad spectrum of threats, including small fast-moving craft through to larger ships – at sea or in port – as well as coastal land targets.

Éric Béranger, MBDA's CEO, said:  “Sea Venom/ANL is the first Anglo-French co-operation programme to take full advantage of our centres of excellence, created following an Inter-Governmental Agreement ratified by both nations’ parliaments in 2016. MBDA is putting full effort into the successful implementation of the Sea Venom/ANL programme, recognising it should exemplify the benefits of the close co-operation UK and France are sharing in defence – enhancing both nation’s sovereign capabilities in armaments while reducing costs.”