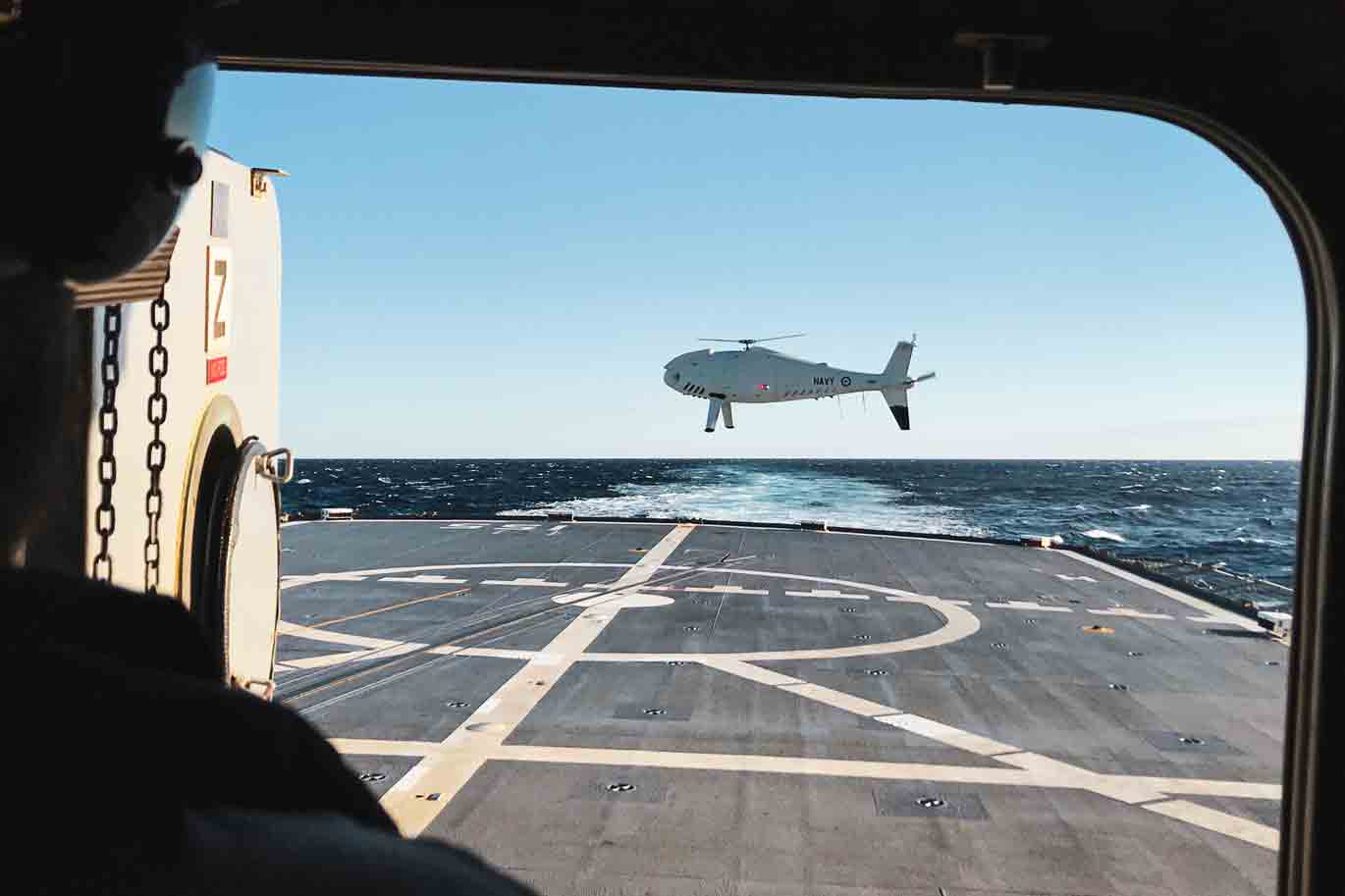 MUAS focuses on small unmanned aerial vehicles weighing between 25 kg and 300 kgs, which will be operated from both the Navy's future offshore patrol vessel (OPV) and Hunter-class frigates to enhance maritime ISR and ships area of surveillance.

In March 2021, the MUAS reached a significant milestone when five systems — the Raytheon/Schiebel team with the CAMCOPTER  S-100, Textron Australia's Aerosonde Mk4.7/HQ, Northrop Grumman and Leonardo with the AWHero, Insitu Pacific with the ScanEagle/Integrator, and BAE Systems Australia which an undisclosed  air vehicle — were shortlisted for Block One of SEA 129 Phase 5 under an Invitation to Respond. Block One is the first phase of a 30-year continuous development program, with five-year rolling block upgrades starting in 2024, which will incorporate new technology upgrades.

A limited request for tender (RFT) was to have been issued early this year, but instead the Navy opted to acquire an undisclosed number of CAMCOPTER  S-100s, which have been operated by the Navy's 822X Squadron since April 2018. Responding to the announcement, Schiebel Pacific said it welcomed Australia's decision to “speed up” the provision of its UAS capability by initiating a single source acquisition of the CAMCOPTER  S-100.

“This will enable the RAN to accelerate the capability acquisition they need and together with our local partners, we are committed to deliver the best UAS solution for the Royal Australian Navy (RAN),” they said in a statement. “The offered Maritime Uncrewed Aircraft System (MUAS) builds on the capability that has been provided by the proven CAMCOPTER®  S-100 air vehicle currently in service with the RAN and is expected to create about 100 new Australian jobs.'

The design, development, manufacture, integration and support of the system will all be undertaken in Australia.