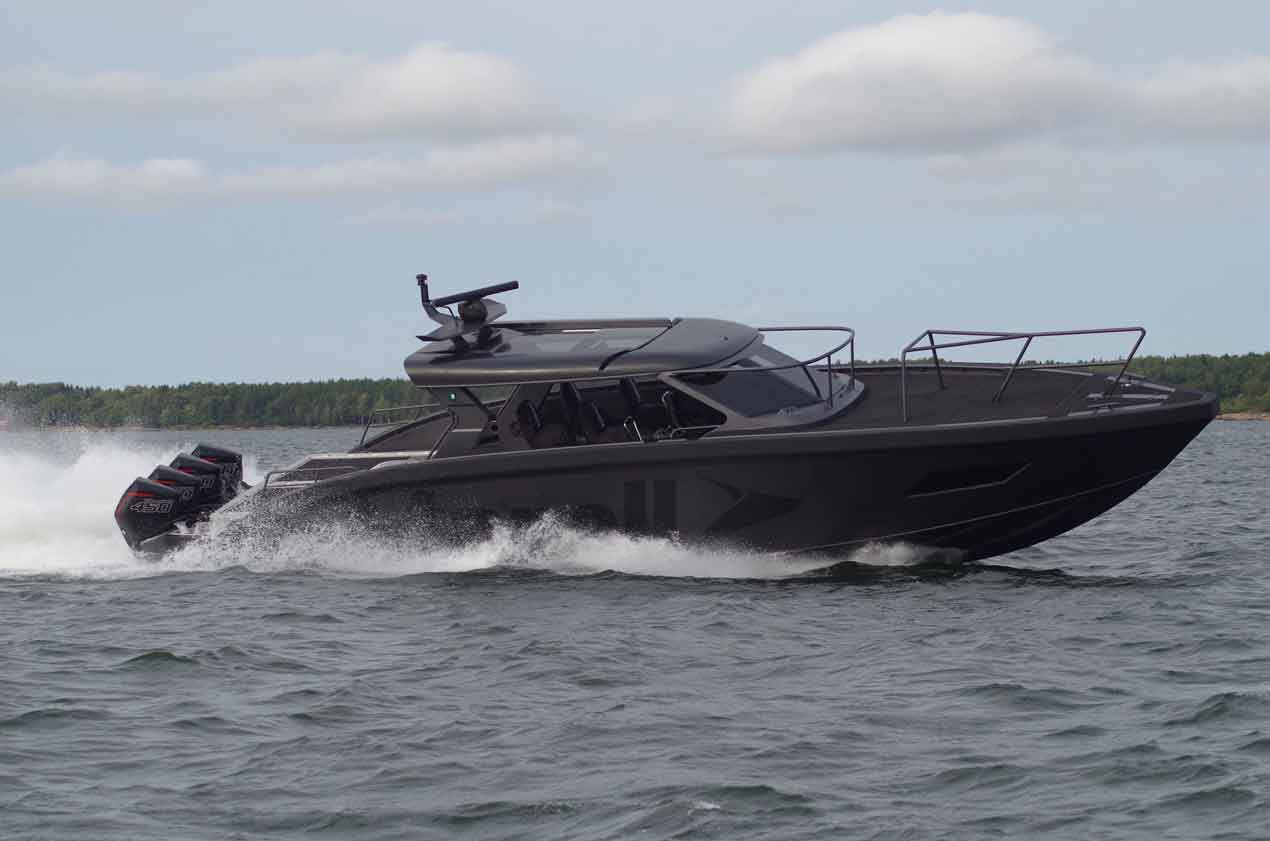 Supacat and Marrell Boats of Sweden are offering the the high-speed aluminium M15 patrol boat, to meet police and military requirements for intercept, patrol, and support boats.

The Marell M15, which has set new standards for high-speed vessels and is proven in service with the Stockholm Sea Police, has been put forward for the UK Metropolitan Police’s requirement for a vessel to operate on the Thames Estuary and Inshore Waters.

Further procurement opportunities are being explored with the UK Ministry of Defence and other UK Police Forces with access to waterways, as well as requirements in other countries.

The partnership between Supacat and Marrell Boats offers the latest Marell M15 powered by three Volvo Penta D6-440 DPI engines. The addition of a third engine increases  the Marell M15’s  acceleration  and its top  speed from 40 to 50 knots while maintaining low fuel consumption at 40 knots.

The M15 has exceptional manoeuvrability both at high and low speeds and runs completely dry with sea spray directed to the side of the boat at all speeds.   The additional absence of a hump ensures the helmsman maintains a clear view in front.

The high forward deck and low aft deck provide an ideal platform for patrolling, surveillance, interception and boarding. The aft deck can carry extra loads or watercraft, or serve as a helicopter launch platform.

Marell Boats builds ts boats upright in a jig, which makes production of the hulls highly accurate. Quality is further increased by the transverse and longitudinal frames being keyed into each other so that the vessels are built to very tight tolerances.

Phil Applegarth, Director of Supacat, said, “Supacat’s experience of military, government and non-defence applications combined with Marell’s expertise in high-speed aluminium boats make a perfect match to grow a common business in the UK defence and security market, as well as in other markets.”