New Ship for Brazilian Navy to be 100% built in country 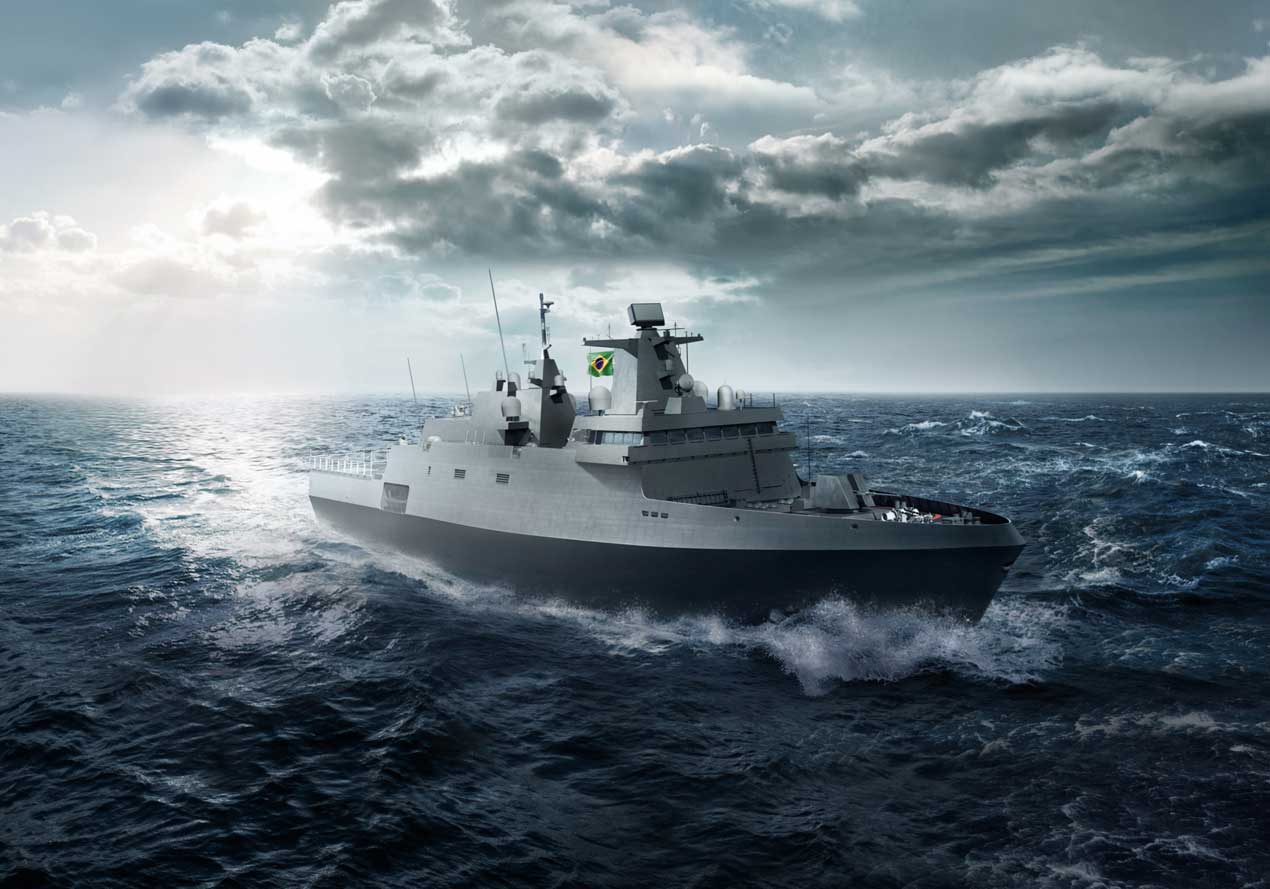 New ships to be 100% built in Brazil. A consortia, including thyssenkrupp Marine Systems, Embraer Defense & Security, and Atech, will build four state-of-the-art Tamandaré Class Ships for the Brazilian Navy.

Águas Azuis, a company created by thyssenkrupp, Embraer and Atech, signed the deal with Emgepron, an independent state company, linked to the Ministry of Defense through the Brazilian Navy on March 5 in Rio de Janeiro. Deliveries of the ships are scheduled between 2025 and 2028.

The ships will be constructed in Brazil, in Itajaí, Santa Catarina State, and are expected to have local content rates above 30% for the first vessel and 40% for the others. Thyssenkrupp will supply the naval technology of its proven MEKO® Class shipbuilding platform of defence vessels that are already operational in 15 countries. Embraer will integrate sensors and weaponry into the combat system.

Atech, an Embraer Group company, will supply the Combat Management System (CMS) and  Integrated Platform Management System from L3 MAPPS, and will benefit from technology transfer and co-operation with ATLAS ELEKTRONIK, a thyssenkrupp Marine Systems subsidiary that produces combat management and sonar systems.

“We are grateful to participate again in such an important milestone in the history of Brazil’s naval defence with the most advanced ships in their class,” said Dr. Rolf Wirtz, CEO of thyssenkrupp Marine Systems. “The Tamandaré Class Programme will strengthen our ties by transferring technology and generating highly qualified jobs for the country.”

Thyssenkrupp has worked with the Brazilian Navy before on the construction of the Tupi Class submarines in the 1980s. The new multi-mission vessels for the Brazilian Navy will be based on the proven MEKO®  Class shipbuilding solutions from thyssenkrupp Marine Systems, which are already deployed in 82 vessels operating in the navies of 15 countries, including Portugal, Greece, Australia, Argentina and Algeria.

The MEKO  modular design concept facilitates local integration and technology transfer, helping to reduce maintenance and modernisation costs. The MEKO  Class is an escort vessel for operations in blue waters, and features autonomy and robustness qualities.

For Brazilian aeronautical giant, Embraer, the Tamandaré Class Ships validates its efforts to expand its defence and security portfolio beyond the aeronautical segment. “Over the past few years, we have acquired expertise in developing and integrating complex systems, among others, in order to qualify Embraer to meet the needs of the Brazilian Navy, further strengthening our position as a strategic partner of the Brazilian State”, said Embraer Defense & Security President and CEO Jackson Schneider.

In addition to construction, the contract includes a sustained transfer of technology in naval engineering for building military ships and combat and platform management systems, as well as integrated logistical support and lifecycle management.

The naval alliance between thyssenkrupp Marine Systems and Embraer Defense & Security is also expected to create a base for exporting naval defence products from Brazil.