The SwarmDiver STEALTH line feature a ruggedised exterior coating over a specialty graphic camouflage paint, a low-noise emitting motor, and no visible vehicl- status lights to deliver a stealthy mission capability for transiting through littoral, harbour, and other challenging zones where avoidance of adversary detection is critical. 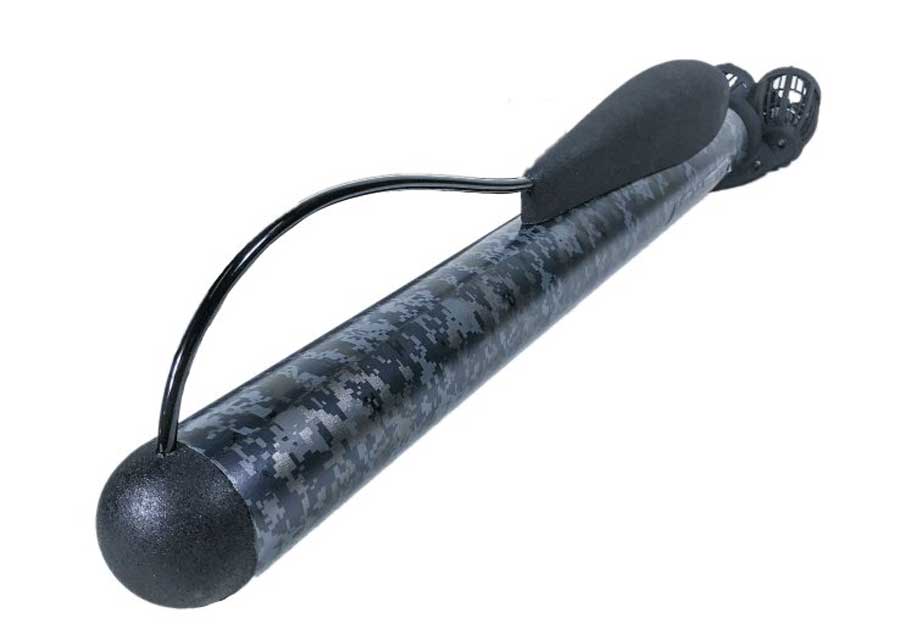 Aquabotix, which has operations in Australia and the US and a co-operative R&D agreement with the US Navy, created the STEALTH model to address military end-user and large defence company demand for a highly effective means of covertly collecting intelligence and transferring data in littoral environments where enemies are continuously monitoring activity through the use of acoustic sensors, electromagnetic spectrum monitoring and visual detection.

Beyond collecting intel, the STEALTH line can be used to securely transfer data between two points without the risk of interception posed by wireless transfer methods.

SwarmDiver NIGHTLINE shares the same key features as the STEALTH line, including a ruggedised camouflage exterior and low-noise motors, and also has an added ultraviolet (UV) coating to make night-time recovery of those vehicles easier. The UV coating is invisible to the naked eye, but can be detected at night or in low-light environments when illuminated by the right wavelength UV light source. Aquabotix created this variant specifically with special forces use in mind.

The SwarmDiver EDGE line of vehicles are equipped with high intensity lights to create a visual boundary and act as a first line deterrent along a shore line, around a vessel or docking area, or near any other item of interest. Aquabotix created the EDGE line of vehicles to respond to threats of piracy, militant, or other disruptions to commercial and governmental activities.

Whitney Million, Aquabotix’s Chief Executive Officer, commented “Our SwarmDiver product has literally dozens of applications and end-uses, solving problems that, to date, were difficult to manage, and in some cases, unsolvable, for commercial and governmental maritime and naval users. The three new products focus on only some of these issues. We plan to continue to evolve our family of products in order to enable our commercial and governmental partners to solve the challenges they face in real-world situations around the globe.