Royal Navy Fleet Solid Support Ships to be mostly built in the UK in contract worth £1.6 billion. 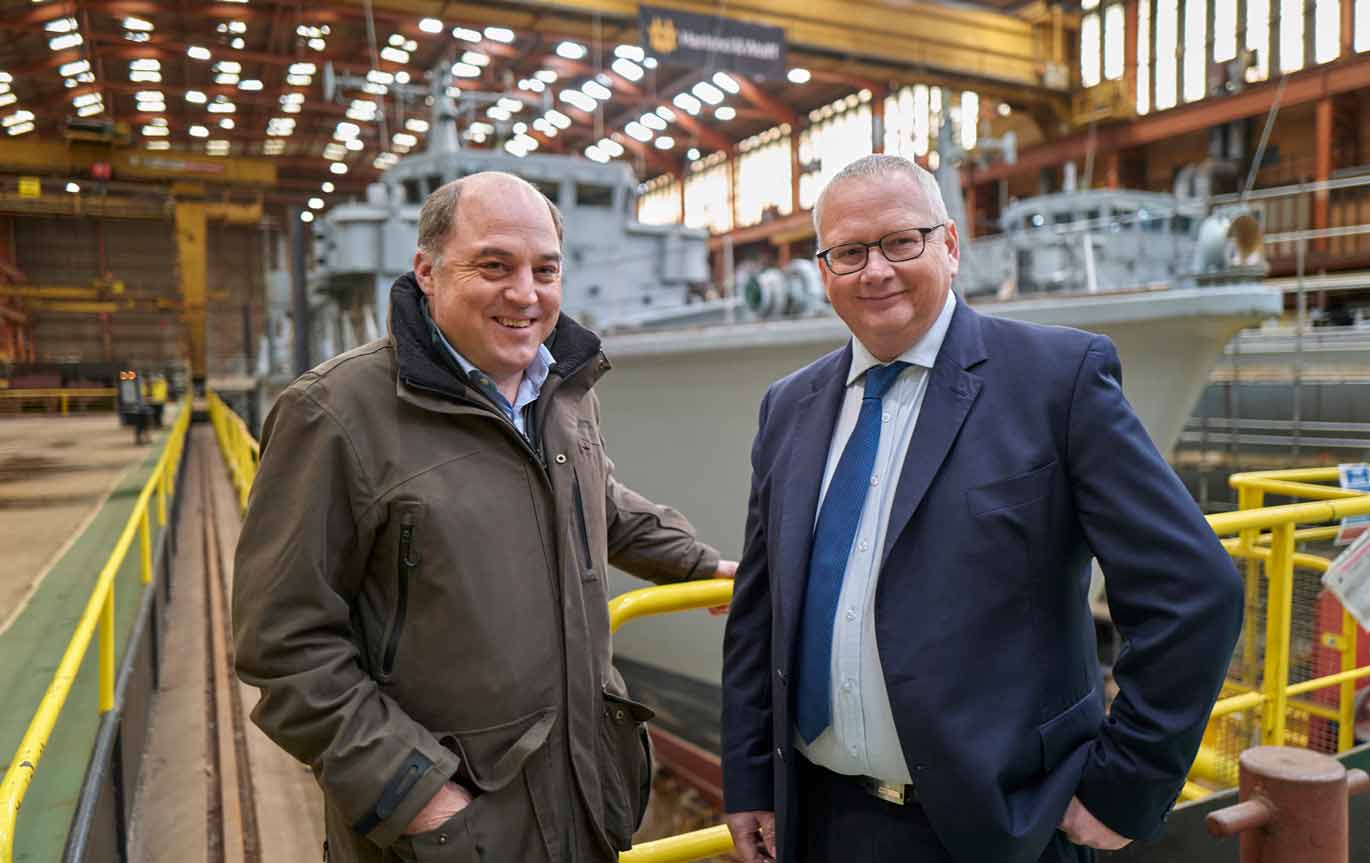 In a major vote of confidence for UK shipbuilding, the Ministry of Defence has selected Team Resolute as preferred bidder to build the Fleet Solid Support (FSS) warships for the Royal Navy. Team Resolute, comprising Harland & Wolff, BMT and Navantia UK, will deliver three crucial support ships to the Royal Fleet Auxiliary (RFA).

Secretary of State for Defence, Ben Wallace, visited the Harland & Wolff shipyard to announce the £1.6 billion contract (before inflation) to manufacture the vessels, which will provide munitions, stores and provisions to the Royal Navy’s aircraft carriers, destroyers and frigates deployed at sea, subject to HM Treasury and Ministerial approval.

“Significant investment in emerging shipyards across the UK will also strengthen and diversify our industrial base,” he stated. “Alongside our investment in the Type 26 and Type 31 frigate programmes, this breadth will be vital to grow and support a highly capable and modern Navy.”

Belfast-based Harland & Wolff, which has pledged to invest £77 million in its shipyard infrastructure to support the British shipbuilding sector, said the contract would create 1,200 shipyard jobs, 800 indirect jobs and generate hundreds of graduate and apprentice opportunities in shipbuilding.

The entire final assembly will be completed at Harland & Wolff’s shipyard in Belfast. The three 216 m long vessels – each the length of two Premier League football pitches – will be built to Bath-based BMT’s British design. BMT was involved in the design of the Queen Elizabeth Class aircraft carrier and the MARS Fleet Tanker Programme.

Blocks and modules for the ships’ will be constructed at Harland & Wolff facilities in Belfast and Appledore. This work will be undertaken in collaboration with internationally renowned shipbuilder, Navantia. Build work will also take place at Navantia’s shipyard in Cadiz in Spain, in a collaboration that allows for key skills and technology transfer from a world-leading auxiliary shipbuilder.

Transfer of Navantia’s digital shipyard knowledge to Harland & Wolff will support the modernisation and availability of the Belfast shipyard as a sovereign asset with a highly skilled workforce capable of competing and exporting globally.

“I am pleased to see UK Government seize the last opportunity to capture the skills that remain in Belfast and Appledore before they are lost for good and ensure the survival of our Belfast shipyard for future generations as a UK government national strategic asset,” said John Wood, Group CEO of Harland & Wolff.

The shipbuilding union GMB has campaigned since 2016 for the Fleet Solid Support ships to be built in the UK using UK steel and shipbuilding supply chain. "Ever since the last Royal Fleet Auxiliary order debacle from the Tory government back in 2012, we have campaigned for all of the build work on FSS to be done in the UK and for each shipyard in every nation and region of the country to get decent packages of work from this big government order," the union stated.

In a major blow for UK shipbuilders, in 2012 the governmant announced that the new Military Afloat Reach and Sustainability (MARS) tankers to maintain the Royal Navy’s ability to refuel at sea and provide fuel to warships and task groups, would be be built in South Korea by Daewoo Shipbuilding and Marine Engineering (DSME).

Wallace said the FSS contract built on ambitions laid out in the National Shipbuilding Strategy and would bolster technology transfer and key skills from a world-renowned shipbuilder, crucial in the modernisation of British shipyards.

Production on the FSS vessels is scheduled to start in 2025 and all three support ships are expected to be operational by 2032. The manufacture contract is due to be awarded by DE&S by the first quarter of 2023, subject to completion of a successful preferred bidder stage and final approvals.

Designed to support Net Carbon Zero by the end of their 30-year service lives, the RFA vessels will be equipped with "energy efficient technologies to reduce power demand and will have the capability to reduce their carbon intensity by adopting low-carbon, non-fossil fuels and future energy sources," according to an official statement.