Leasing UAVs is the way to go, says state-owned IAI 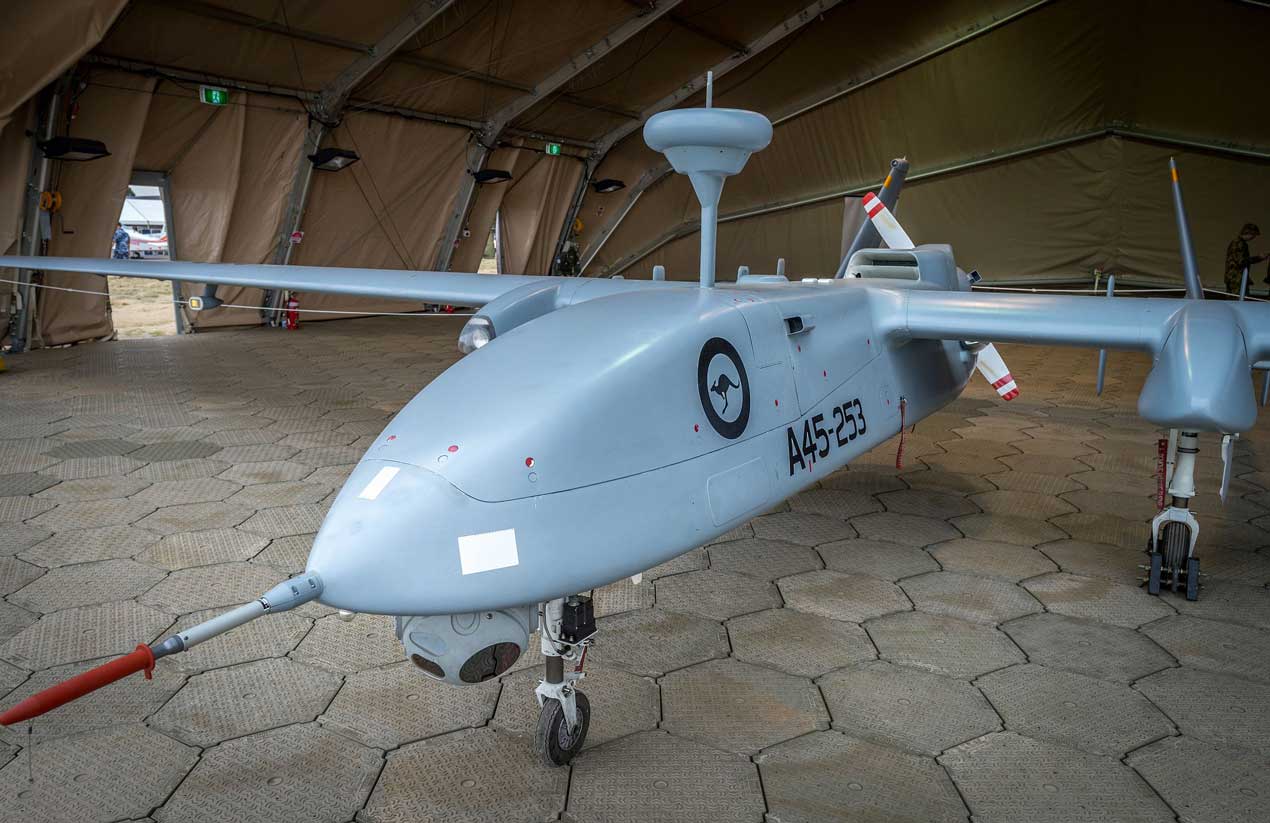 The Australian Air Force's Heron, which it leased from a Canadian company, during its operations in Afghanistan (CC BY-SA 3.0)

European countries are showing increased interest in leasing Israel Aerospace Industries' (IAI) Heron TP Medium Altitude Long Endurance (MALE) unmanned aerial vehicle (UAV). The German  Air Force is due to arrive in Israel soon to start training on the Heron TP, which the German Defence Ministry has leased from Israel under a $600 million agreement between IAI and Airbus.

Fiture deals with other European countries are also likely to be based on leasing the Heron TP, the main reason being that a leasing contract is less complicated than an outright acquisition, particularly for countries like Germany, which is part of a consortium —alongside Italy, Spain and France — which is looking to build its own European MALE UAV. Leasing is the preferred option as purchasing a system outright from a non-European country is likely to erode faith in European efforts to build their own MALE UAV capability.

Brigadier-General (Ret.) Miki Bar, who was IAI's corporate vice president and general manager of the company's Military Aircraft Group, said the the need for commonality in communication protocols and others that are part of NATO's working procedures, may bring countries like France and the Netherlands to decide on a similar leasing deal.

The Heron TP MALE has been in service with the Israeli Air Force since 2010. The Heron 1, the little brother of the Heron TP, was used by the German Air Force in Afghanistan and since 2016 in Mali. Germany's Federal Office of Defense Technology and Procurement (BWB)  further extended the contract to use the Heron-1 to provide the German Armed Forces with reconnaissance missions in Afghanistan.

As the prime contractor, Airbus DS Airborne Solutions is responsible for managing all aspects of the German Heron TP project, including operational support and maintenance throughout the term of the nine-year agreement.

The German contract includes seven Heron TP UAVs. Five will be operated by German Army personnel in Africa and the other two will be stationed at the Israeli Air Force's (IAF) Tel Nof Airbase where the IAF's Heron TPs are based.

In March, the German cabinet extended six overseas military missions, including its long-running operations in Afghanistan, missions in Mali, Darfur, South Sudan and the NATO-led “Sea Guardian" operation in the Mediterranean for maritime situational awareness and maritime counter-terrorism.

German Air Force personnel have already visited the Tel Nof Airbase and been instructed in how the Heron TP is operated with different payloads. The first operating teams are expected to start training soon.

According to German officials that were involved in the negotiations with IAI, the Heron TP is needed to protect and support the German Bundeswehr in deployed operations and will fill the gap between the currently used Heron 1 system and the future European MALE UAV, a multinational programme to build an indigenous MALE UAV led by Germany, Spain, Italy and France.

Australia also came to the conclusion that leasing UAVs is a good idea. In 2010, The Australian Department of Defence leased four Heron 1 UAS from Canadian firm MacDonald Dettwiler and Associates for operations in Afghanistan, with the fourth used for training in Australia.

Leasing an advanced system for a period of time allows the user to keep its inventory "fresh". There are still debates about the economic benefits, but at this stage they appear to be marginal considerations.

The Heron TP has been in service since 2010 and is combat-proven. The MALEUAV has a wingspan of 26 metres and a maximum take-off weight of 4,600 kgs. According to IAI data, it can reach an altitude of 45,000 feet and has 40 hours of endurance. The Heron-TP's advanced SATCOM systems also enables long-range missions.