Hypersonic Missiles: Who is in the lead?

The progress made by Russia and China in developing hypersonic weapon systems has caught the West by surprise. The US and other countries are now racing to catch-up. 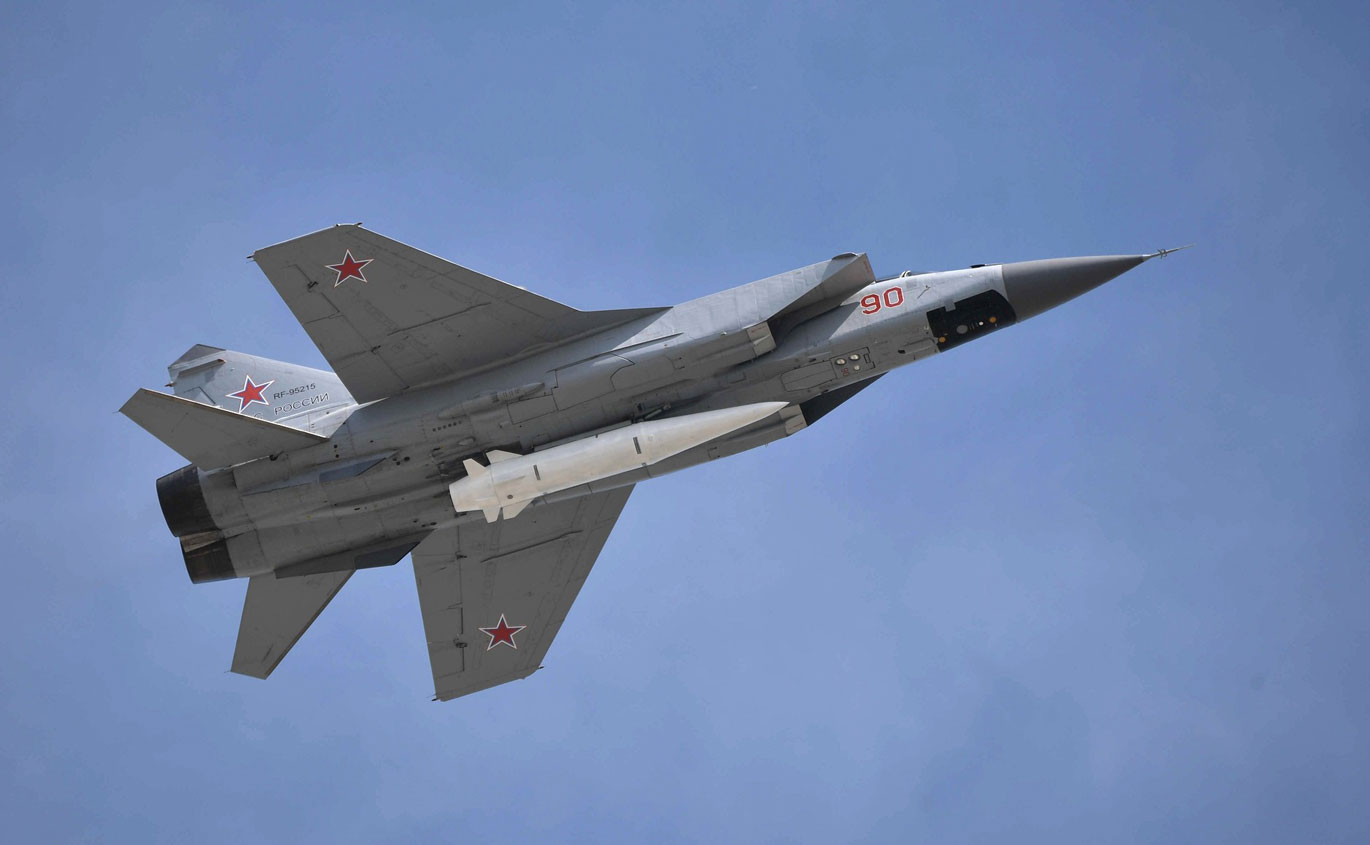 Hypersonic missiles: Who is in the lead?

Other nations pursuing the development of hypersonic missiles include Japan, Australia, North Korea and India. Hypersonic weapons operate at near or above five times the speed of sound (Mach 5) and fly at altitudes of between 80,000-200,000 feet.

But hypersonic weapons are considerably more expensive than conventional missiles, and when carrying a nuclear warhead they can only be deployed against time-sensitive targets of strategic value.

How difficult is it to build a hypersonic missile?

Development of hypersonic weapons requires high levels of scientific and industrial knowhow. The most important challenge encountered at hypersonic speeds is friction and air resistance, which creates an incredible amount of heat.

This means that lightweight heat shields and thermal protection systems made of advanced materials must be developed to shield the warhead, sensors and electronics against extreme operating conditions. For a hypersonic missile to perform well as a weapon it will need to penetrate increasingly sophisticated Air Defence (AD) systems, but the manoeuvrability needed to achieve this at hypersonic speeds demands extensive calculations and development.

Supersonic Combustion Ramjets (Scramjet) are the preferred mode of propulsion as they operates efficiently at hypersonic speeds. However, there are enormous challenges relating to the design and development of hypersonic engine air intakes, supersonic combustor, development of high temperature materials, computational tools to simulate hypersonic flow and ensuring performance and operability of the engine across a wide range of flight speeds.

Currently, Russia is the indisputable leader in the hypersonic weapons race and is gaining valuable operational experience with the Avangard hypersonic glide vehicle and the Kinzhal air-launched ballistic missile (ALBM), which is said to have a maximum speed of Mach 10.

A rocket is used to accelerate its payload to high speeds in a boost glide system. The payload then separates from the rocket and glides unpowered to its destination. The Kinzhal high-precision hypersonic missile is already on experimental combat duty. As early as February 2019, MiG-31s equipped with the hypersonic weapons completed more than 380 patrol sorties over the Black and Caspian seas.

Flight and design tests for the naval hypersonic missile, Zircon, also built by NPO Mashinostroyenia, are slated for completion this year. The new hypersonic weapon will be deployed on Russian nuclear submarines and warships and has already achieved speeds of Mach 8 in design trials.

China unveiled is DF-17 hypersonic weapon in October 2019 at its National Day parade. The D-17 is a short-to-medium range weapon, which mounts  the  DF-ZF  Hypersonic  Glide Vehicle, and will be used to secure Chinese interests around the South China Sea, the Taiwan Straits and Northeast Asia.

In January, Chinese media reports showed the development of a covered Transporter Erector Launcher (TEL), which would make the weapon more transportable over longer distances and less susceptible to detection. In October 2020, media reports showed images of a Chinese H-6N bomber purportedly carrying a DF-17.

Up to six hypersonic weapons can be carried on a single H6-N bomber. While the DF-17 is a hypersonic glide vehicle, China is also developing scramjet technology which will provide greater range and manoeuvrability. In late 2020, Chinese media again speculated on advances in the country’s scramjet programme, which could lead to the development of a new hypersonic weapon.

A Chinese report stated that scientists at the Institute of Mechanics, which is part of the Chinese Academy of Sciences, had developed a scramjet that had run continuously for 600 seconds in a ground test. Mastering scramjet engine technology will also allow China to upgrade the DF-17 and potentially increase its range by five times.

Other Chinese hypersonic programmes underway include the Xingkong-2 or Starry Sky-2, China’s first waverider hypersonic flight vehicle (designed to ride its own shockwave, hence the name). It was successfully launched in August 2018 by the China Academy of Aerospace Aerodynamics under the China Aerospace Science and Technology Corporation.

The US is well advanced in its efforts to deliver conventional hypersonic weapons capability to its military early this decade. At $3.2 billion, hypersonic weapons development makes up a sizeable chunk of the US Department of Defense's fiscal 2021 budget proposal.

Efforts in this domain are considered as one of the highest priority modernisation areas as the US strives to catch up with Russia and China in the hypersonic arms race.  The US DoD plans to have a layered hypersonic defence capability (first terminal followed by glide phase) by the mid to late 2020s. A reusable hypersonic vehicle capability is planned for the early to mid-2030s.

The US programme recently suffered a setback when Lockheed Martin's long-range hypersonic missile, the AGM-183A Air Launched Rapid Response Weapon (ARRW), failed a demonstration on April 5th. The test missile was unable to complete its launch sequence and remained on the Boeing B-52H Stratofortress test aircraft, which then returned to base.

“The ARRW programme has been pushing boundaries since its inception and taking calculated risks to move this important capability forward," stated Brigadier General Heath Collins, Program Executive Officer for Weapons and Director of the Armament Directorate, Air Force Life Cycle Management Center. "While not launching was disappointing, the recent test provided invaluable information to learn from and continue ahead. This is why we test.”