US soldiers have disabled a commercial off-the-shelf drone using a non-kinetic counter-UAV system.

US soldiers have disabled a commercial off the shelf drone during an Army training exercise using a non-kinetic counter-UAV weapon  The US Army released a video on YouTube showing soldiers at the inaugural Army Warfighting Assessment (AWA 17.1) exercise at Fort Bliss, Texas, and White Sands Missile Range, New Mexico,  using Batelle's DroneDefender system to bring down a DJI Phantom UAV, which is marketed for civilian use. The YouTube video shows the Army using the device to force the DJI Phantom UAV to the ground. The DroneDefender is able to disrupt a UAV 400 metres away by emitting a laser signal that affects the UAV’s remote control and GPS.

AWA 17.1, which was held from the 17 October to the 28 October, is a multi-echelon training exercise in live, virtual and constructive domains. it saw US and multinational forces (UK, Canada, Australian) operate against an enemy that employed unique capabilities such as cyber, chemical and electronic warfare, and unmanned aerial systems. The aim of the exercise was to enable joint and multinational partners to assess capability gaps and shortfalls through resourcing and training. 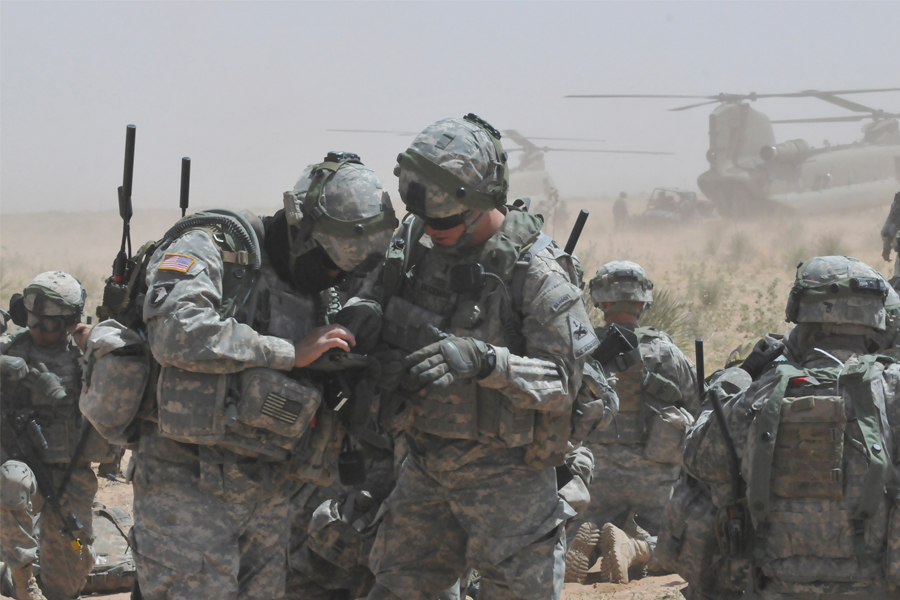 In May this year the Defense Department and Dept. of Homeland Security in the US announced their commitment  to buying 100 DroneDefender systems. Other counter-UAV solutions on the market use a combination of radar and sensors to detect and forcibly land UAVs or electronic jamming to interfere with the UAV's navigation systems and radio frequency.

Calls for greater levels of investment in counter-UAV technology have come in the wake of terrorist organisations such as the Islamic State (Daesh) launching attacks using commercial off the shelf UAVs carrying explosives in Mosul, Iraq.

Small UAVs (NATO Class I, weighing less than 150 kg) are more widespread and affordable and their small dimensions mean they can be used in a number of scenarios and for a wide range of purposes. They could target critical infrastructures (nuclear power plants, airports, bridges), symbolic buildings (government buildings, public authority offices), tourism (monuments or other public places), members of the public or public figures; the German Chancellor Angela Merkel was approached by a small UAV during a campaign event in Dresden.

Other malicious uses of UAVs could include video acquisition for intelligence gathering in order to plan an attack or chemical attacks. Two Israeli companies;Israel Aerospace Industries (IAI) and Aeronautics have developed, respectively, the Harop/Harpy 2 and the Orbiter 1K, also known as the “kamikaze drone”. During the latest skirmishes in Nagorno-Karabakh in the South Caucasus, a loitering munitions unmanned combat aerial vehicle system (Harop or Harpy2) was used by Azerbaijani forces against Armenian soldiers.

The availability of these technologies on the battlefield raises concerns about malicious uses of tactical UAVs (typically deployed only for ISR tasks) as now the military can be targeted.