US Defense Secretary, General Mattis, spent his first day on the job overseeing air strikes against ISIL and speaking with NATO's Secretary General.

President Trump’s choice for US Defense Secretary, General James ‘Mad Dog’ Mattis, is a retired four-star general in the US Marine Corps with a reputation for being a warrior among the troops he commanded in Iraq and Afghanistan.

He is nicknamed "the Warrior Monk," due to his intense love and study of military history, leadership and the art of war.
The military is in his blood with his mother having worked with US Army intelligence in South Africa.


Some of his more notable quotes about warfare and being a Marine include ones like these:

“Be polite, be professional, but have a plan to kill everybody you meet.”
(San Diego Union Tribune)

“The most important six inches on the battlefield is between your ears.”
(San Diego Union Tribune)

Mattis was officially confirmed as the Secretary of Defense on 23 January, 2017. Unlike some of his predecessors, one thing Mattis has in his favour is his experience of commanding frontline troops in Iraq and Afghanistan. 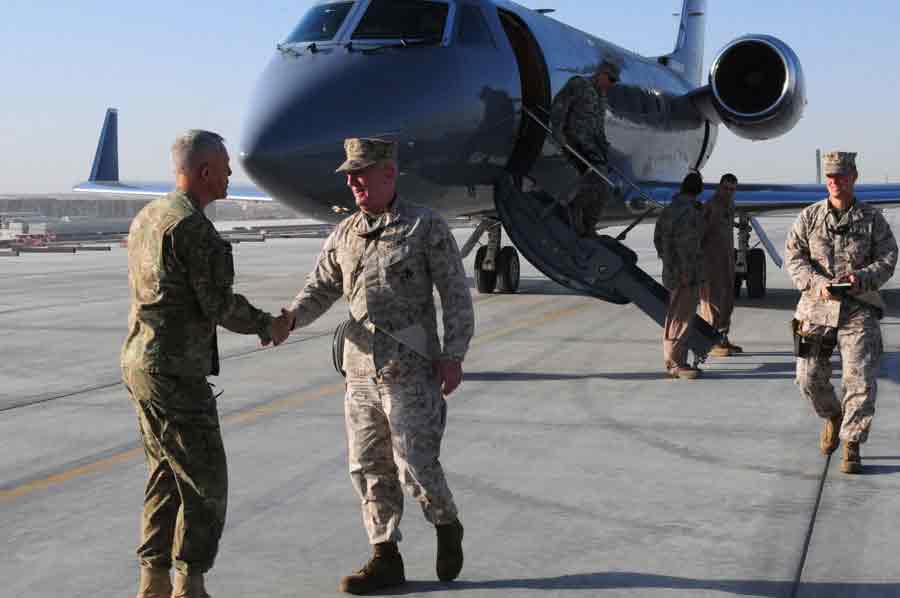 COUNTER-TERRORISM
In 2006, then-Lt. Gen. Mattis worked closely with Army Gen. David Petraeus to produce a revamped Army/Marine Corps Counterinsurgency Field Manual, which has become one of the most complete guidance manuals for dealing with counterinsurgencies.

In 2010, Mattis served as the commander of US Marine Forces at US Central Command, which conducts missions in the Middle East. He retired from the Marine Corps in 2013 after 40 years of service.

Will Mattis be Trump’s secret weapon for defeating ISIL or Daesh, a pledge the new President made during his inauguration speech? In his first full day at the Pentagon on 21 January 2017, Mattis’s first task was to preside over air strikes (including UAVs) against Daesh in Syria and Iraq.

The question is, with Trump making ISIL’s or Daesh’s eradication a key pledge of his presidency, is Mattis likely to presage a greater role for US combat troops on the ground in Syria or Iraq, or will air strikes remain the main means used by the US to counter the spread of the terrorist organisation?

MATTIS ON NATO
While President Trump is not a big fan of NATO’s, calling it ‘irrelevant,’ on his first day in office Gen. Mattis phoned NATO Secretary General Jens Stoltenberg to reassure him that the US remains committed to the military alliance.

Mattis discussed the importance of shared values, and the secretary emphasized that when looking for allies to help defend these values, the United States always starts with Europe. Both pledged to consult in the months to come and look forward to meeting in person during the NATO Defence Ministerial in February.

Mattis has first-hand experience of NATO, having served, from 2007-2009, as NATO’s Allied Commander Transformation, one of two of the organisation’s strategic commanders. He also led US Joint Forces Command, which was dissolved as a unified combatant command in 2011.

While he may recognize NATO's shortcomings, at least in terms of the number of countries within the alliance that currently meet the 2% of GDP defence spending target, Mattis seems unlikely to turn his back on NATO altogether. Instead he is more likely to seek ways to strengthen the alliance, although it is still unclear how President Trump and Mattis view the amassing of NATO forces on the alliance's eastern flank in response to a resurgent Russia.

It is still early days for Mattis in his new role as US Defense Secretary, but we can perhaps gain some insights into how he may lead the Department of Defense, with this video, shot in December 2016, which sees him respond to questions from the public about leadership, motivation and some of the toughest decisions he had to make during his 40-year career in the US Marine Corps.