As the realities of taking office slowly start to sink in, pundits are trying to determine which of those pledges are likely to become reality. A lot will depend, of course, on whether Trump wins Congressional support. 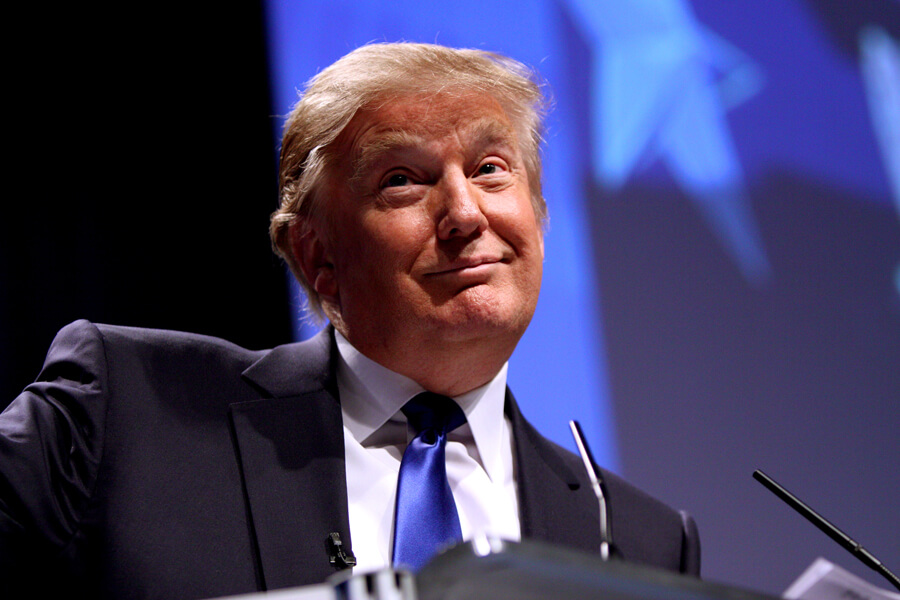 Since Donald Trump was declared the winner of the US presidential elections, policy commentators and industry figures have gone into overdrive trying to parse Trump’s campaign rhetoric and deduce how this will translate into practical defence policy. On the campaign trail Trump spoke of reduced defence expenditure being proof of America’s weakness. He also spoke about the US's European allies needing to pull their weight more in alliances such as NATO in terms of the ratio of defence spending to GDP.

Traditionally, a new administration sets out a plan for the first 100 days. In his Contract with the American Voter, president-elect Trump outlined a series of measures; included among them is a Restoring National Security Act. This will, states Trump, “Rebuild our military by eliminating the defence sequester and expanding military investment.”

Professor Trevor Taylor of the London-based defence and security think tank, the Royal United Services Institute (RUSI), notes: “I suspect that he [Trump] will be more concerned with internal affairs during his first months and it will take six months at least to get a decent number of people in posts.” Some clues as to president-elect Trump’s defence policy priorities can be gleaned from a speech he gave in Philadelphia on the 7 September. During that speech he pledged that his administration would:

In the speech, Trump addressed the question of the defence budget: “Under Barack Obama and Hillary Clinton, defence spending is on track to fall to its lowest level as a share of the economy since the end of World War II. … In 2010, the US spent $554 billion on non-war based defence spending. In the current year, we are spending $548 billion—a cut of 10% in real inflation-adjusted dollars. This reduction was done through what is known as the sequester, or automatic defence budget cuts. Under the budget agreement, defence took half of the cuts—even though it makes up only one-sixth of the budget. As soon as I take office, I will ask Congress to fully eliminate the defence sequester and will submit a new budget to rebuild our military.”

Trump ran as an outsider against the Washington establishment. He will have to work with Congress to achieve his aims. The Heritage Foundation, a Washington think tank is closest to many of his policy positions and he used much of their research material to inform his thinking on defence and national security. Luke Coffey, director of the Douglas and Sarah Allison Center for Foreign Policy at the Davis Institute for National Security and Foreign Policy at the Heritage Foundation, drew attention to the fact that in the US it is the Congress which has the authority to produce the budget, not the White House.

Dr. Jack Caravelli a former National Security Council Staff member and author of The Age of Hatred: ISIS, Iran and the New Middle East, observes that Trump’s ability to work with Congress will hinge to a large extent on his ability to work with Congressional leaders Paul Ryan in the House of Representatives and Mitch McConnell and Chuck Schumer in the Senate. “Trump will have to use his deal-making skills with them, in no small measure because his relationship with Ryan has been contentious and all three will have their own legislative priorities.” Caravelli also draws attention to the importance of a good go-between as the president-elect's liaison to Capitol Hill. “Reince Priebus, who will serve as White House Chief of Staff, could play a powerful role,” says Caravelli.

When it comes to enacting his election pledges, Caravelli says Trump will have opportunities in defence policy. “His selections for key national security positions are not yet [at the time of going to press] finalised, but he will have some military men such as Mike Flynn and possibly James Mattis around him. This will make requests for increased Congressional funding easier as they have great credibility, but not guaranteed.” Caravelli believes that Trump will have an opportunity to bring change to the Pentagon, again, if assisted by a strong Secretary of Defense.

“US conventional forces need to be rebuilt after years of fighting in Iraq and Afghanistan and this should be a priority. The other priority should be reorienting US acquisition strategy to ensure it is prepared for possible high-tech wars. China and Russia have both emerged as threats and see the US as an adversary. They still lag the US military in many areas of defence capability, including the use of advanced technology, but they are trying to close the gaps.” Caravelli believes it will take years to reorient US forces for new challenges, so Trump should begin as soon as possible.

Addressing force levels, president-elect Trump made specific pledges during the campaign: “We will build an active Army of around 540,000, as the Army’s chief of staff has said he needs. We now have only 31 Brigade Combat Teams, or 490,000 troops, and only one-third of combat teams are considered combat-ready.” Trump said he would build a Marine Corps based on 36 battalions,—there are 23 now—which the Heritage Foundation notes is the minimum needed to deal with major contingencies. Trump also pledged during the election campaign to build a Navy of 350 surface ships—there are 276 ships now—and submarines, as recommended by the bipartisan National Defense Panel, and an Air Force of at least 1,200 fighter aircraft—there are now 1,113.

US defence contractors initially welcomed Trump’s election and his pledges on defence expenditure. Subsequently, the National Defense Industries Association (NDIA), which represents many of the major US defence contractors, sounded more cautious. It noted that “any defence boost would have to be offset by reductions in overhead, bureaucratic bloat, fraud and waste in Pentagon programmes.” The Pentagon will be expected to “restore budget credibility” and not to rely on contingency funding used to finance overseas military operations. The NDIA declined the opportunity to comment for this article.

Addressing measures for the reform of the US military acquisition process, Thomas Spoehr, director of the Heritage Foundation’s Center for National Defense commented: “President- elect Trump has not explicitly mentioned acquisition reform as one of his top priorities. Presumably, whoever he selects as his top officials in the Department of Defense, acting on his behest, will be able to have a more immediate effect on defence acquisition reform.”
Concerning the modernisation of America’s Ballistic Missile Defences and nuclear weapons systems, Spoehr observes: “President-elect Trump in his September 7, 2016 Philadelphia speech stated that he will 'develop a state-of-the-art missile defence system.’ He has not said very much more on the subject.

President-elect Trump has not spoken much about nuclear weapon systems, except at the October 9, 2016 debate where he mentioned that the United States is falling behind others in numbers of nuclear weapons, specifically singling out Russia as continuing to produce nuclear weapons.”
Spoehr says the Heritage Foundation was encouraged by the Obama administration’s efforts to modernise nuclear weapon delivery platforms such as bombers and missiles, but remains concerned that America’s nuclear weapons are at risk of becoming obsolete because there are no active modernisation plans; only shelf-life extension programmes are taking place today.

Spoehr thinks the pledge to improve on US military capabilities in the cyber domain is an easy win, “since the DoD is already deep in the midst of increasing its cyber capabilities, this should be a relatively easy promise to deliver on. The DoD, for example, expects to have 133 new cyber teams in place at their initial operating capability at the end of 2016.”

The context of Trump’s remarks is increased turbulence in the world, which might encourage US efforts to export defence equipment as a means of supporting allies. One stumbling block has been the strict application of the International Traffic in Arms Regulations (ITAR). Spoehr notes that although President-elect Trump has not specifically mentioned ITAR regulations as an area of interest, he has described government regulation as a “stealth tax" and says it should be pared back to ensure the benefits outweigh the costs. Spoehr believes current US export controls are often counterproductive, failing to deny opponents and potential opponents access to sensitive US technologies, while inhibiting co-operation with US allies and placing US companies at a competitive disadvantage in the world market.

Boxout//Sharing UAV Technology With US Allies

Unmanned Aerial Vehicles (UAVs) has already proven to be transformative. The ability to fly long endurance missions for reconnaissance and surveillance purposes is now accepted as a 'must have' for all military forces that aspire to being world class. The US has pioneered this capability and related systems. Small tactical systems are in use in many guises, military and civilian. The ability to use UAVs to deliver munitions is equally transformative. A dilemma facing the US government is the extent to which it shares this technology with allies.

The potential market for armed UAVs has been estimated by industry analysts at $6 billion annually. US defence contractors are conscious that models manufactured by competitors such as China and Israel might edge them out of lucrative markets. In February 2015, the Obama Administration issued the US Export Policy for Unmanned Aerial Systems, which imposed stringent conditions on the sale by US companies of military UAVs.
Douglas Barrie, senior fellow for military aerospace at the London-based International Institute for Strategic Studies (IISS) notes: “The US has been very cautious on the sale of weaponised UAVs. When it comes to requests for armed Predators and Reapers [the US government] is more than happy to sell you a version of the system, but not a weaponised one.” Barrie notes that the US will sell armed systems to trusted allies such as the UK, which announced the acquisition of 26 Predator Bs in November 2016.The first 16 have been ordered at a cost of $1 billion with an option for 16 more at a later date.

The US government agreed to consider requests for sale or transfer of armed UAVs on a case-by-case basis. It also stated its intention “to work with other countries to shape international standards for the sale, transfer, and subsequent use of military UAVs.” In October 2016 the US joined 50 countries to issue a joint declaration for the export and subsequent use of Armed or Strike Enabled UAVs. The Joint Declaration will be the basis for further discussions, which will be convened early in 2017. Barrie observes “It is notable that China, Russia, France, Israel and Brazil did not sign the Joint Declaration.” He also drew attention to the sale of comparatively small Chinese UAVs into the Middle East and Africa.

Thomas Spoehr of the Washington-based Heritage Foundation notes, “Clearly it is in the US’s best interest to have our close allies and partners enabled with the same types of technology that have made our military so successful, thus allowing our allies to share in the burdens of global security.”