Rheinmetall's APS To Be "Significantly Tested" by US Army

US Army to conduct first funded live fire testing of Rheinmetall's StrikeShield APS, which may be considered for future vehicle programmes. 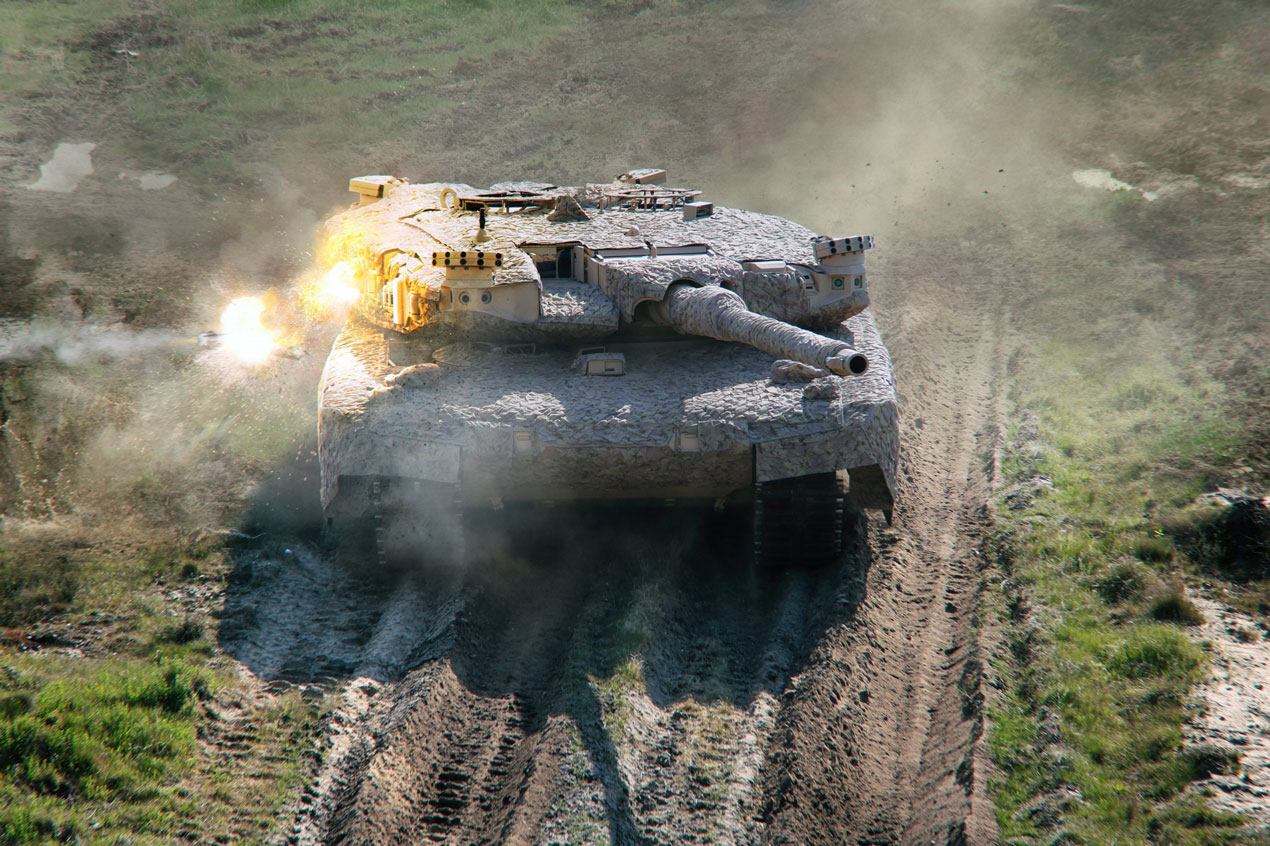 Rheinmetall's StrikeShield on an MBT (Photo courtesy of Rheinmetall)

The US Army has awarded a contract worth $11 million (approximately €10 million) to Rheinmetall Protection Systems and Unified Business Technologies (UBT) for “significant testing” of the StrikeShield Active Protection System.

Extensive live-fire testing of StrikeShield will be carried out over a period of several months in order to gain performance data that can inform future selection of APS technologies best suited for any particular platform. StrikeShield is the American name given to the APS developed by Rheinmetall.

The contract is the first funded APS testing the Army will undertake of StrikeShield . The system could potentially be deployed on vehicles in the current Army fleet as well as new vehicle programmes like the Armoured Multi-Purpose Vehicle (AMPV), Mobile Protected Firepower (MPF) and the Optionally-Manned Fighting Vehicle (OMFV).

The proliferation of more advanced ATGM and RPG threats and a new generation of Russian tanks featuring the latest hard-kill and soft kill protection systems, saw the US Army urgently field off-the-shelf APS systems for its Abrams and Bradley vehicles. But it has struggled to find a suitable APS for the Stryker armoured fighting vehicle. Rafael's Trophy APS and Rheinmetall's Active Defence System, which is the name given to it in Europe, were both tested on the lighter Stryker platform, but were found to be unsuitable.

The Trophy system is the only APS that has been used in combat. It was integrated onto Merkava tanks used by Israeli Defence Forces in operations against Hamas in Gaza. The StrikeShield APS is a distributed, real-time system developed to protect platforms against anti-tank rockets and missiles. Rheinmetall says it can operate in the immediate vicinity of the vehicle thereby minimising collateral damage to civilians or infantry nearby. The system uses high-performance sensors, countermeasures, and high-speed computing elements resulting in a distributed APS, which can be integrated on a variety of ground combat and tactical vehicles.

Rheinmetall and UBT, which is based in Michigan, have teamed up for US active protection programmes since 2015. They are optimistic that the new Army testing programme will lead to further vehicle integration opportunities on US military vehicles. “We are confident the system will perform very well in the testing and that possibilities for fielding the technology on Army vehicle systems will arise,” said Stefan Haase, Rheinmetall’s head of Active Protection.

“The StrikeShield system is a world-class, mature APS system that will deliver tremendous capability for the US Army,” said UBT CEO Michelle D’Souza. “UBT and Rheinmetall are proud to be teamed together as a partner to the Army in addressing the high priority requirement for APS technology.”

HYBRID PROTECTION MODULE
Rheinmetall has also developed a modular hybrid configuration of its StrikeShield APS that combines the company’s active and passive protection technologies into a single integrated design. This new configuration was displayed at AUSA 2019.

The hybrid approach draws on Rheinmetall’s expertise as a provider of both APS and armour protection, and the company’s proven track record as a leading vehicle supplier and system integrator.

Rheinmetall says the system’s hybrid and modular design is well-suited to integration on both tracked and wheeled vehicles.  The hybrid protection module allows for an integrated approach: passive protection components simultaneously serve as interface and shield for the components of the active protection system. Conversely, the StrikeShield APS components comprise ballistic functions and characteristics.

The external protection layer protects these components against shell fragments, small arms fire and other sources of mechanical stress. The StrikeShield countermeasures are embedded in the first protection plate from the outside and serve simultaneously as part of the first layer of passive protection. The sensors of the system are contained in the space in between.  The Rheinmetall and UBT team will explore the potential of the future hybrid module approach on US vehicles as part of the testing programme.

To find out more about the Trophy and ADS systems' safety certification process, click here.