Coronavirus outbreaks on board ships and submarines highlight the challenges for Navies in limiting the virus's impact on routine naval operations and training. 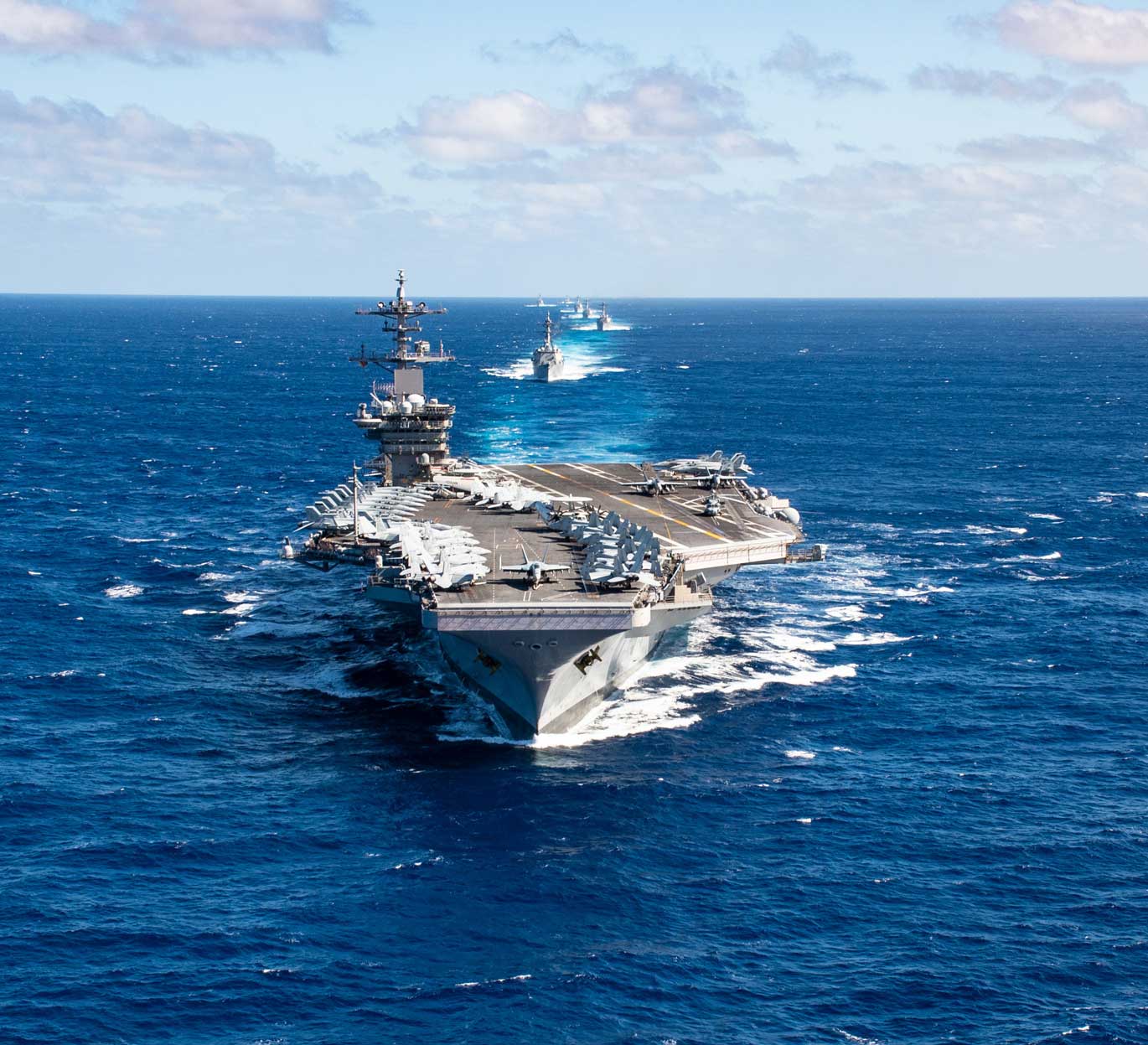 Coronavirus And The Navy

Outbreaks on board ships and submarines at sea

With a US Navy aircraft carrier forced to dock in Guam because of a coronavirus outbreak on board, and the entire crew of a Russian nuclear submarine reportedly under quarantine, the virus' impact on global military operations and readiness is rapidly hitting home for navies.

In March, USS Theodore Roosevelt, a Nimitz-class nuclear powered aircraft carrier with 5,000 crew members, was forced to dock in Guam after an outbreak of coronavirus on board. Eight sailors with mild symptoms (muscle aches, sore throats) tested positive for COVID-19 and were airlifted off the ship to a Defense Department facility in Guam. None of them have been hospitalised. The number of crew on board who have tested positive for the virus has since increased to more than 90.

Once the ship pulled into Guam the entire crew were tested and anyone testing positive for the virus was quarantined at a naval medical facility on the island. “The ship is operationally capable and able to do its mission if required to do so,” said Acting Navy Secretary Thomas B. Modly. “Nobody on the crew will be allowed to leave into Guam.”

On March 26, Russian news site, b-port.com, cited a source familiar with the situation reporting that the entire crew of a Russian Oscar-II class submarine missile cruiser, part of Russia's Northern Fleet, had been quarantined after a civilian operator, who had visited the submarine, came into contact with someone who had tested positive for the coronavirus. No announcements about the quarantining of the submarine's crew could be found on the Russian Ministry of Defence's website. On March 30, Forbes reported that a Dutch submarine was forced to return to base after eight crew on board developed syptoms of the virus.

Rear Admiral Bruce Gillingham, Surgeon General of the US Navy, said since December 2019, US Navy medicine had worked to mitigate the spread to forces and families deployed at sea, stationed overseas and in the US.

Admiral Gillingham said any sailors that display COVID-19 symptoms are tested, isolated and treated, with samples being sent ashore for testing at a Department of Defense laboratory. “Sympotmatic sailors live in separate quarters where they can maintain social distancing,” the Admiral stated, adding that is looking to improve at sea testing methods for shipboard diagnostics.

The US Navy currently has approximately 100 out of a total of 300 ships deployed forward. To avoid the prospect of naval vessels becoming like public cruise ships, where the infection rate spreads rapidly, Admiral Gillngham says everyone  is screened before they come on board. Those that appeared ill were not allowed on board and once a ship leaves port, it will not return to port for a period of 14 days or later so the Navy can ensure they are not inadvertently transmitting the virus. “We've only had a small handful of cases of sailors assigned to ships,” said Admiral Gillingham. “We're watching that very carefully.”

He said the Navy had not seen the active transmission of COVID-19 at sea, with most of the positive cases occurring on board ships at port. It is unclear whether the sailors on board USS Theodore Roosevelt contracted the virus at sea or whilst it was in port. The carrier was on operations in the Philippine Sea at the time of the outbreak.

Navy Admiral Michael Gilday, chief of naval operations, said USS Theodore Roosevelt had made a port call in Vietnam15 days prior to the outbreak on board, and after leaving Vietnam had spent 14 days in isolation. “It would be difficult to tie down active cases to that particular port visit,” he stated at a Pentagon press briefing on the 24 March. “We had aircraft flying to and from the ship. Crew came back from shore. We're moving quickly to isolate those cases, rapidly removing them from the ship and understanding who they came in contact with.”

Admiral Gilday said the Navy had COVID-19 and influenza testing capabilities on board the carrier. “We're doing the best we can to isolate those known persons that came in contact with people,” he stated.

The US Navy has reported more than 130 Covid cases, compared to just over 40 in the Marine Corps. Of those more than 130 cases, 104 were active duty military, however the Navy maintains that military operations are continuing as normal. “Our ships are sailing, our planes are flying and training is still happening to safeguard US national interests and those of our allies around the world,” said Acting Navy Secretary Modly.

But it's not just ships at sea that the US Navy is concerned about. To ensure operational readiness, ship maintenance yards will also need to continue to function. Admiral Gilday said the Navy is talking to commercial partners and shipyard CEOs to ensure that ship repair and production capabilities can continue while safeguarding employees. Large defence primes are creating their own taskforce to see where risks in the defence supply chain might be incurred.

Although the Navy's Large Scale Exercise 2020, due to be held in the summer was postponed till next year, Admiral Gilday said the Navy had just completed dual carrier operations and a large exercise with the US Air Force in the Philippine Sea, as well as exercises in the Mediterranean. “Wherever possible we will continue to train,” he stated.

It is unclear what testing is be done by other Navies around the world. In the UK, the Navy is following Public Health England advice regarding washing of hands and social distancing, but at this stage testing does not appear to be taking place on board naval vessels, or if it is, it is not widespread. Despite the coronavirus pandemic, UK naval operations are reportedly continuing as normal.

Although passing out parades at HMS Raleigh, where basic training is done, are being conducted behind closed doors, with a live stream of the event for families, Captain Rich Harris, the Commanding Officer of HMS Raleigh, said it will continue to deliver essential training to personnel in order to fulfil operational outputs. “This means that trained personnel will be ready to respond to the evolving COVID-19 situation and provide resilience as the Royal Navy’s support increases, while maintaining key defence outputs. Training continues in line with Public Health England guidance and will be kept under review.”