Keeping Sailors Out of the Minefield

The Belgium and Dutch Navies showcase their new Stand-off mine countermeasures concept at Euronaval in Paris. 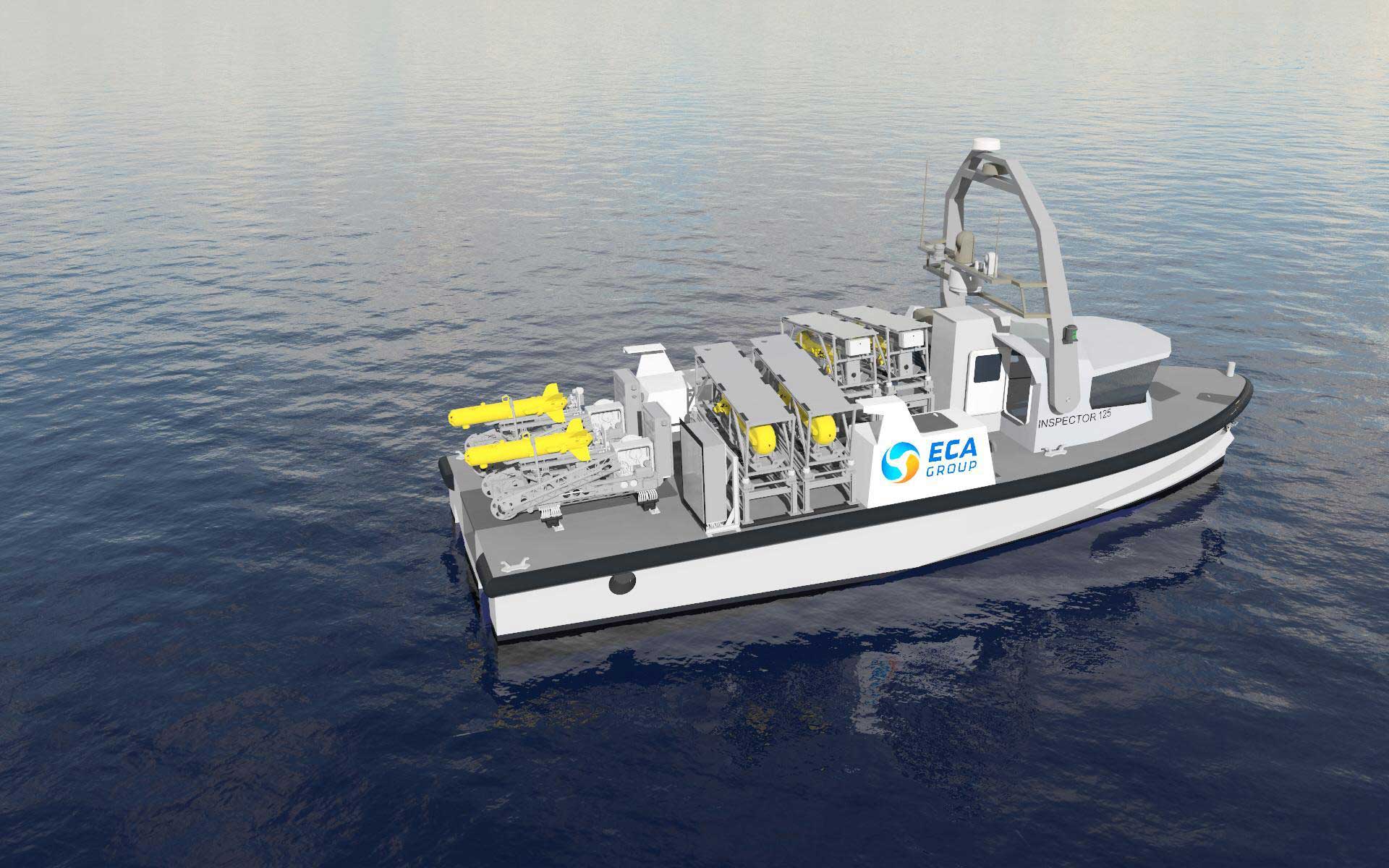 “"The performance of current autonomous systems in mine countermeasures (MCM) far exceeds what we can expect from legacy systems,” Admiral Yves Dupont, Rear Admiral DGMR Head of Systems Division of the Belgian Navy stated at a special session on Stand-off MCM at Euronaval in Paris.

In what has been described as the largest European contract in naval robotics for 50 years, the Belgian and Royal Netherlands Navies will be the first to deploy a Stand-off MCM capability based entirely on unmanned systems in the air, on the surface and underwater to detect, identify, classify and neutralise sea mines.

Having conducted war games in the North Sea pitting unmanned systems against legacy systems, Admiral Dupont said from the results it was clear that both navies were ready to take the next steps towards autonomous systems. “We sought a  reliable partner to carry out this small revolution in mine countermeasures and launched a bidding process involving several manufacturers,” he said.

The winners of that bidding process were a joint consortium formed by French robotics company ECA Group and Naval Group. ECA Group will supply the Belgian and Dutch Navies with a Stand-off MCM Toolbox comprising a variety of drones (unmanned aerial vehicles (UAVs), unmanned surface vessels (USVs) and autonomous underwater vehicles) to fulfil autonomous mine clearance missions at sea, as well as a training simulator. Naval Group will deliver 12 new generation MCM ships (six each for the Belgian and Royal Netherlands Navies).

Anthony Penn, commercial and business development director at ECA Group said the Stand-off MCM Toolbox would keep sailors out of the minefield and reduce the risk of human exposure during missions. “The robots are mature and sea-proven drones, which are being modified to meet the final requirements of the Belgian and Royal Netherlands Navies,” he stated.

The drones, include UAVs, which will be used for detecting floating mines or for relay communication; USVs for transporting different robots into and out of the minefield, as well as providing relay communication; towed sonars, mid-sized AUVs, inspection and neutralisation vehicles. “Many drones can be in the water at the same time and will work together at different phases of the mission,” said Penn. “Parallel tasking will help optimise mission time so it can be accomplished at greater speed.”

The Stand-off MCM Toolbox's UMISOFT (Unmanned MCM Integrated System) software features a mission-management module, which can help operators determine how best to carry out a mission. The software provides a real-time view of the mission as it unfolds. Operators can also control multiple drones in the water using a single interface for ease of use.

Aymeric Moullart de Torcy, operational marketing for Drones at Naval Group, said it had designed a real MCM warship with a low electromagnetic, radar and acoustic signature and high shock resistance to protect the crew. Advanced automation on board the ship will allow for multiple drones to be operated simultaneously in an optimised way.

The ship is also fitted with a combat management system. “The masterpiece of the ship is the mission bay where all the unmanned vehicles are stored,” said Moullart. “It is very compact and optimised and devices can be easily 're-roled', according to what is needed for the mission.” The ship can operate up to sea state 5.

The ship's mission bay is connected to the combat management system. All data collected from real-time operations can be shared outside the ship. A data centre on board the ship also enables it to operate independently from the shore if required and Moullart said it was cyber secure by design.

Admiral Dupont said the solution provided by ECA and Naval Group would result in greater safety of crews and enhanced freedom of navigation and allow it to introduce new sensors and autonomous systems more easily.

MCM divers will still be used in future operations with USVs containing specific payloads for divers, depending on the mission. RHIBs will also be used to transport divers.

Each ship is capable of carrying 63 crew, with a basic crew of 30. The Belgian Navy said crews would be modular. Mission-specific training will be provided in advance using a simulator at Egeurmin, the NATO Centre of Excellence for Mine Warfare in Ostend, Belgium. Crew will be trained on Combat Information Centre modules and handling of the system, including the mine warfare software and tools in the hangar. Some of the training will be conducted using Virtual Reality.

The Belgian Navy believes the risk of losing legacy MCM skills in moving to a fully autonomous system is limited. “For some years, the two systems (legacy and unmanned) will live together in Egeurmin,” sai Admiral Dupont. “We will not dismantle the current training facilities; both training facilities will exist together.”