Trump and the Middle East: Challenges to Regaining US Supremacy

Can President-elect Trump bring America back from the low point in Middle East relations achieved under Obama's presidency? 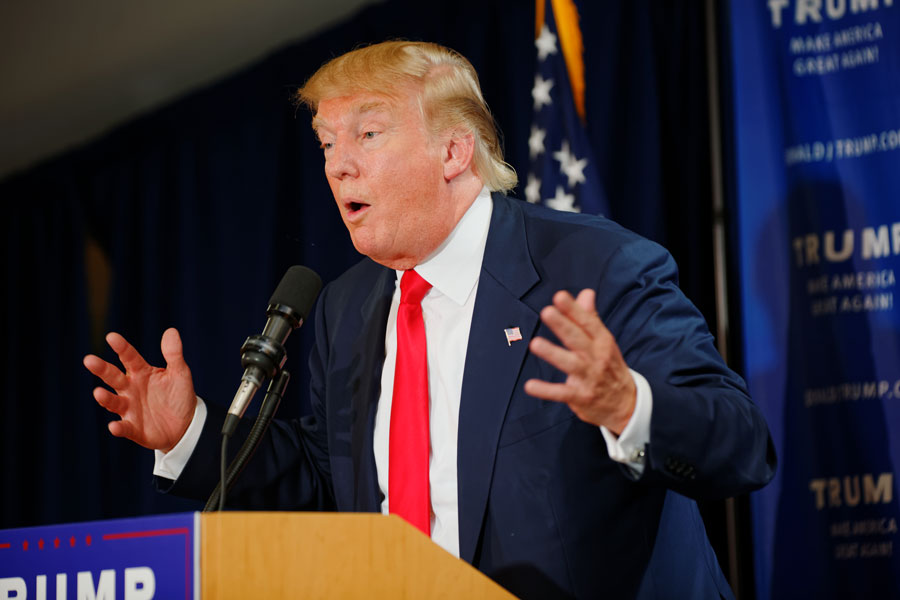 Donald Trump at a pre-election rally (Photo by Michael Vadon)

The Arab world, like other parts of the globe, was surprised with the outcome of the US Presidential election and is still trying to figure out how to deal with President-elect Donald Trump. It was no secret that many Arab leaders had hoped for a Hillary Clinton victory, not necessarily because they hated Trump or his policies, but because they did not and still do not know much about him.

For them Clinton was a known figure they dealt with for years as a First Lady, then as a Senator and finally as a Secretary of State. They have heard of Trump as a businessman, but very few Arab figures have done business with him. Hence, Arab reaction to Trump’s victory was more about the fear of the unknown.

It is really not clear why many of America’s Arab allies were hoping for a Clinton victory while at the same time seeking a quick end to the policies of President Barrack Obama's administration in the Middle East. Arab officials, especially in the Gulf, have been very critical of Obama’s policies that significantly reduced America’s footprint and influence in the region and allowed Iran and Russia to move in and establish control (jointly or separately) in many parts of the region such as Iraq, Syria, Lebanon and Yemen.

Of course US allies in the Middle East, especially Israel, were very surprised and critical of the nuclear deal with Iran that was reached after secret talks between Tehran and Washington.
Arab officials and Israel believe Obama has done little to check the spread of Iranian-backed Shi’ite militias in the Levant and Gulf region. But what many of Clinton’s supporters in the Arab world fail to see is that most of Obama’s Middle East policies were conceived when she was the Secretary of State.

Trump’s speeches did not shed much light on his foreign policy vision, especially his plans for the Middle East. The most resonating words by Trump that caught the attention of Middle East leaders was his criticism of the nuclear deal with Iran and his intention to tear it up as soon as he gets into office. This surely pleased Israel and did not upset the Arabs.

Iranian leaders did not publicly react much to Trump’s statements, and for some unknown reason they seemed to prefer him over Clinton – perhaps because they saw the Russians cheering for Trump, or because the Arabs were supporting Clinton.

But the mere fact that Trump will likely have many conservative Republicans in his administration should be a great cause of concern to Tehran.   It is extremely hard to make predictions at this stage as to how the next US administration will deal with the Middle East. However, it is important for Arab leaders to realize that Trump is not a conventional American official and he is not an ideologue.

Based on his background he has Machiavellian traits, is a hyper-capitalist and political realist that respects strength and despises weakness – and he is ready to go all the way to achieve his goals. So for one country to gain his attention or favour, it has to prove its worthiness to his administration. He will not be about spreading freedom, democracy and values, but about interests, gains and benefits. It will be interesting to see how much conservative establishment officials will fit and smoothly function within Trump’s administration and how much their ideology and right wing values will rub off on him.

Nevertheless, his nature and business instincts will always be important factors for his vision. Hence, Middle East leaders should not ask what the next US administration will do for them, they should rather show first what they can do for America to get themselves on the President’s agenda. President Trump will take over at a very crucial phase for a Middle East region experiencing a transition triggered by several factors in which the United States played a major role.

Under President George W. Bush, the region witnessed an interventionist US foreign policy at its most extreme. American-led alliances swept into Afghanistan and Iraq. Terrorist groups like Al-Qaeda were on the run, Iran and Syria were living in fear of a US invasion and desperately trying to open channels of communication with Washington to stay on its good side. Russia had a very limited role in the region with a small insignificant footprint in the Mediterranean.   Under Obama’s reign, the region saw a major shift to the left with the US pulling out of Iraq and reducing its presence in Afghanistan, and adopting a policy of appeasement with Iran and empowering extremist groups like the Muslim Brotherhood. 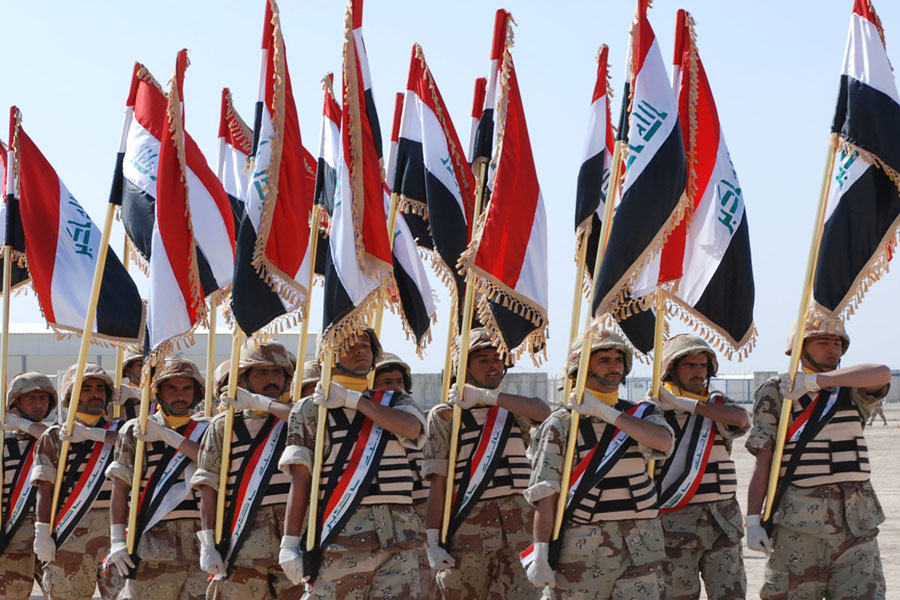 Members of the Iraqi Army participate in a parade for Iraqi and Coalition military members during a graduation ceremony (Photo by US Navy Petty Officer 2nd Class Erica R. Gardner)

INDECISIVE US POLICY
The extreme non-interventionist policy led to the creation of a vacuum that allowed Iran to spread its influence via proxy Shi’ite militias operating today from Afghanistan all the way to Yemen, Iraq, Syria and Lebanon. Weakened US allies and an emboldened expansionist Iran gave birth to terrorist groups more extreme than Al-Qaeda such as the Islamic State in Iraq and Levant (ISIL).

Hesitant and indecisive, US policy for the Middle East presented the golden opportunity for Moscow to re-enter the picture via the Syrian door, and today it has a significant military footprint on the Mediterranean coast with a naval base and an airbase on NATO’s borders just south of Turkey.

The confidence of America’s regional allies in Washington’s leadership has never been lower than it is today.   So President-elect Trump, who does not belong to the neo-conservative camp or the liberal left, might bring about the right balance needed in the Middle East today. Washington must not exercise an interventionist nor an isolationist policy in the region, but a balanced approach that secures its interests and assures its allies that they have a reliable partner and security guarantor.

Many of America’s allies in the Arab world today have built their defence capabilities and can operate effectively within a US-led alliance to protect the region and combat terrorism.

But they need the US to lead from the front and not from behind. The US should also capitalise on business opportunities in the region presented by oil-rich countries seeking Western technologies and partnerships to build their industrial capabilities. The war on terrorism cannot be won with continued Iranian efforts to export the Islamic Revolution to its neighbouring countries, which exasperates sectarianism and consequently weakens America’s allies by strengthening groups like ISIL and Al-Qaeda.

Washington cannot abandon the strategically important Syrian theatre so it is managed by Russia and Iran, because it will enable Tehran to create a land corridor linking its western frontiers with the Mediterranean and Israel, and will give Moscow a free hand to expand further into the oil and gas-rich Levant and threaten the southern borders of Europe.

Therefore, Trump has much space to cover in order to bring America back from the low point it has reached at the culmination of the Obama presidency, to the supremacy it enjoyed in the region and globally under Presidents Ronald Reagan and George H.W. Bush.

The question that now remains is will Trump’s performance as president, positively surprise the world as his election victory did?


ABOUT THE AUTHOR: Riad Kahwaji is the founder and director of INEGMA, with 28 years of experience as a journalist and a Middle East security analyst.