Integration Training for B-2 Bombers and UK F-35B aircraft

A rare sight in the sky, US B2 Bombers flying alongside the UK's F-35B fighter jets. 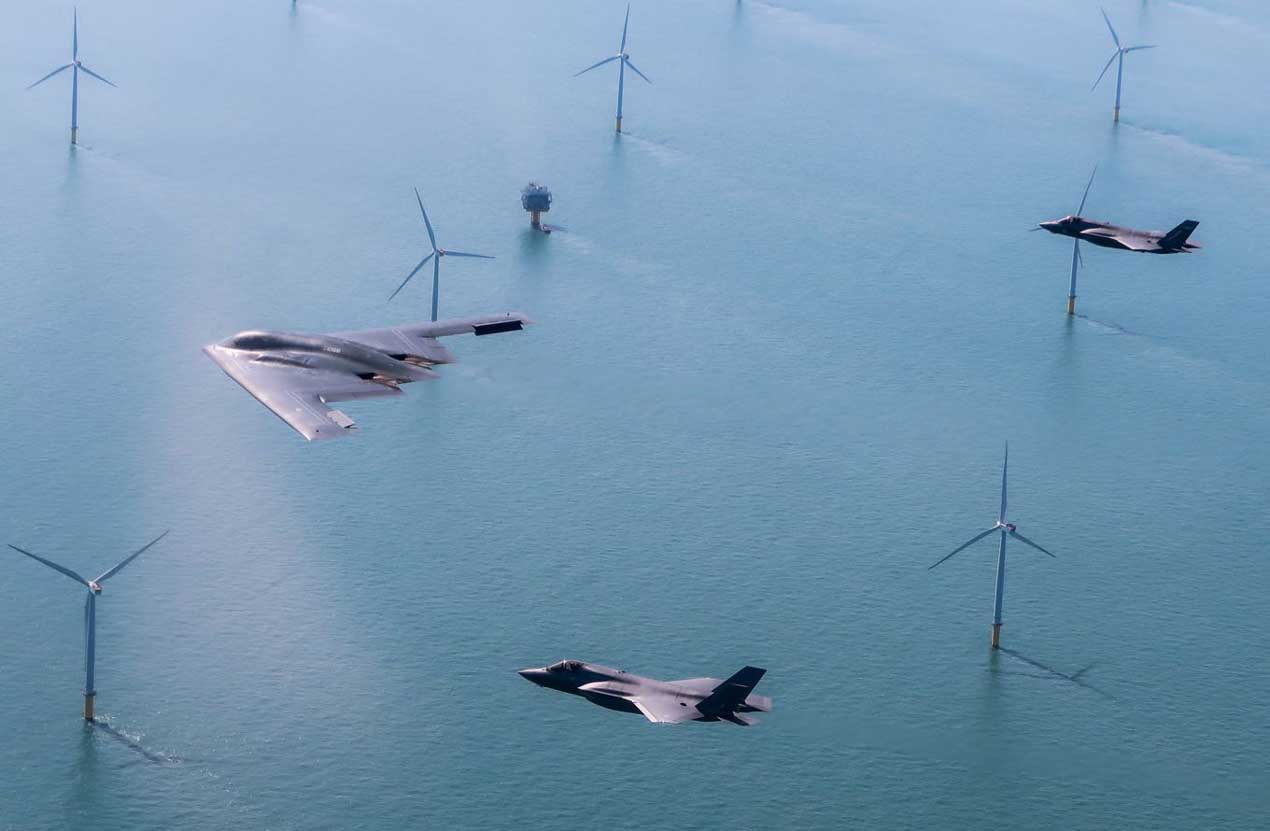 For the first time , US Air Force B-2 Spirit stealth bombers have trained alongside non-US F-35 aircraft. The UK's F-35B Lightning fighters conducted “integration” flying sorties with B-2s from the USAF's 509th Bomb Wing, which is part of the Bomber Task Force currently deployed to the US European Command area of responsibility. The aircraft are temporarily operating out of RAF Fairford, a stand-by airfield in Gloucestershire, which is the US Air Forces' forward operating location for bombers.

Both aircraft represent dramatic leaps forward in technology with the B-2 able to carry both conventional and nuclear weapons for greater lethality. It also boasts  low observability thanks to  reduced infrared, acoustic, electromagnetic, visual and radar signatures. The F-35B is one of the most complex aircraft ever built. It uses sensor fusion and data links to provide pilots with enhanced situational awareness and shares data with other platforms.

Group Captain Richard Yates, Chief of Staff at the UK Air Battle Staff said this was the first time that any other country had trained with the B-2 bomber crews. “Working alongside international fifth-generation aircraft provides unique training opportunities for us, bolsters our integration capabilities and showcases the commitment we have to our NATO alliance,” said Lt. Col. Rob Schoeneberg, Bomber Task Force Commander.

As key members of NATO, the UK and US Air Forces are used to flying alongside one another in theaters of operation. But the joint training exercise comes at a challenging time for the Alliance. US President Donald Trump has called on EU members to spend more money on defence, and the spectre of a No Deal Brexit looms large, putting a potential strain on the defence and security ties that the UK enjoys with its NATO allies in Europe.